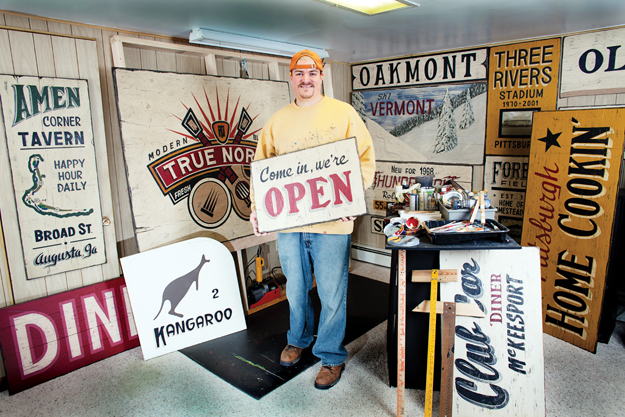 Matt Palm doesn’t think of himself as an artist — but you’d hardly know it looking at his basement studio.  Old Glory Sign Co., Palm’s one-man business, was born out of his love for woodworking and hand-lettering. Palm, who is self-taught, has created thousands of signs for buyers all over the country. He can finish a small piece in just a few hours.