What Will the New Fern Hollow Bridge in Frick Park Look Like?

PennDOT and the City of Pittsburgh say construction will begin in April. 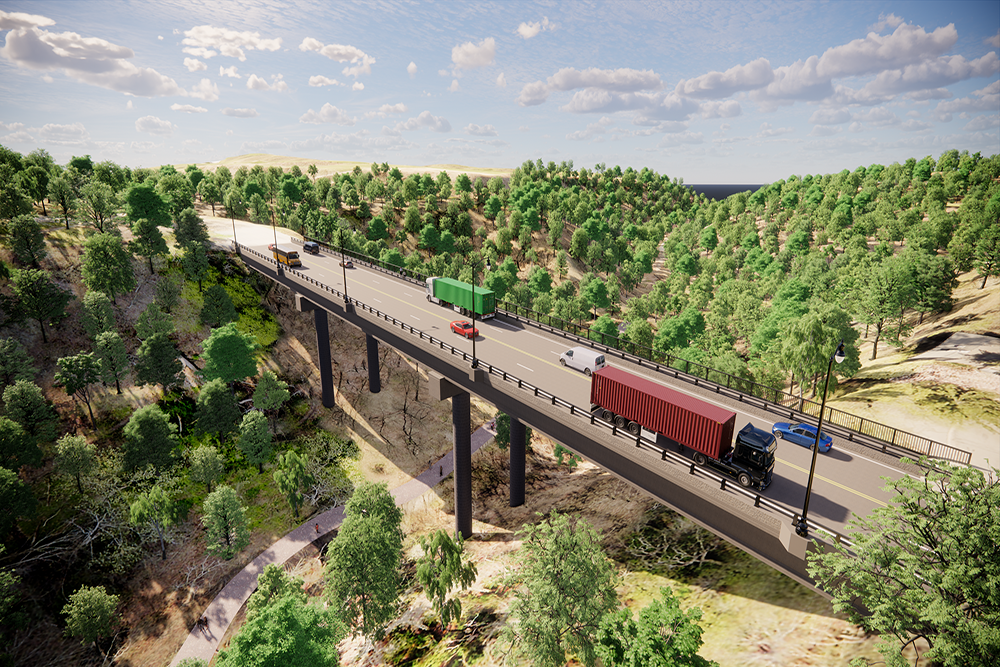 Almost two months after the collapse of the Fern Hollow bridge in Frick Park, the city has released preliminary designs of what the replacement structure will look like and said construction will begin in April.

The new bridge will still carry four lanes of traffic, with a 5-foot sidewalk along the northern lanes and an approximately 10.5-foot protected walking and biking lane on the southern side. There will also be 2-foot shoulders on both sides of the bridge.

Visually, it will be similar to what some have described as a highway overpass, but exact aesthetic choices are subject to change.

State and local officials have called for an expeditious and efficient reconstruction to reconnect the partially severed businesses and residents of the East End to the rest of the city.

“With the Fern Hollow Bridge seeing more than 14,000 cars daily, we knew it was critical to act quickly to reconstruct,” said Governor Tom Wolf in a press release. “This reconstruction will allow commerce to continue without further interruptions to the lives of community members.”

The construction team will also take into account the “environmental complexities” involved with its location to the park. Erosion and sedimentation controls have been implemented and are being monitored by the Allegheny County Conservation District.

The $25.3 million project is a partnership between PennDOT and the City of Pittsburgh; PennDOT will be responsible for most aspects related to the design and construction of the new bridge. Once it’s built, the city will assume jurisdiction and maintenance responsibility.

Removal of the bridge debris began in February, after the unexpected collapse on Jan. 28.