What We’re Reading in May

Our books editor reviews “The Illness Lesson” by Clare Beams. 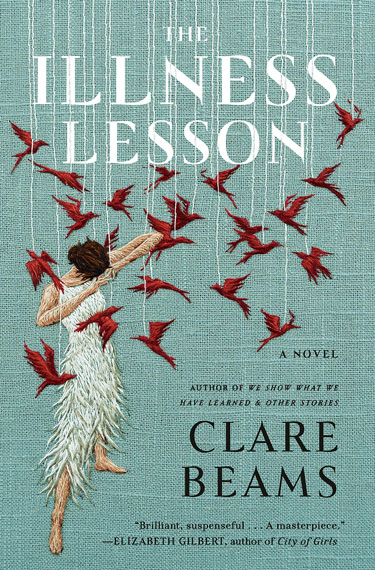 Clare Beams’ 2016 short story collection, “We Show What We Have Learned & Other Stories,” marked the debut of a talented young writer. Her stories dabbled in the supernatural and the fantastic and were often delightfully unsettling. I was reminded of her story “Hourglass,” about a girls’ school headmaster who coerces his students to wear corsets and engage in foot-binding, while reading her new novel “The Illness Lesson.”

Like that earlier story, this new work takes place in a school for girls, the headmaster single-minded in the pursuit of his personal philosophy, and strange and horrible events unfold. However, where that story felt like an incomplete sketch, “The Illness Lesson” is a sumptuous piece of eerie historical fiction that is equal parts Nathaniel Hawthorne and Louisa May Alcott.

The novel tells the story of Caroline Hood, only daughter of Samuel Hood, a writer and educator in the Transcendentalist vein whose attempt at creating a utopian commune fell apart after the death of his wife. Out of the ashes of his failure, Samuel opens a school for girls on the isolated New England farm that once was home to the commune. Caroline, who was raised by her father in a world of books and ideas, is enlisted as one of four teachers in the new venture.

The life and work of Alcott, who grew up in a similar environment to Caroline’s, is a major touchstone for Beams’ novel. Alcott’s father, Amos, was a philosopher as well as an abolitionist and women’s rights advocate. In 1843, he co-founded Fruitlands, a commune and incubator for his educational theories, which failed after seven months.

Samuel’s new school, Trilling Heart, is named for the strange, bright red birds that make their home on his property. He intends for the school to advance his theory that, “The soul does not have a sex.” In Caroline’s view, her father “was imagining the girls themselves as a kind of beautiful clay: dense, rich, formless, and waiting for him.”

Beams’ prose carries an appropriate whiff of mustiness, which not only evokes the style of 19th century fiction such as “The Scarlet Letter” but also encloses the reader in the metaphorical sealed library that Samuel and Caroline inhabit.

As the semester goes on, the young women begin to show signs of a mysterious illness and one-by-one fall victim to rashes, seizures and fainting spells. When a doctor and former commune member is summoned to secretly treat the girls, things go from bad to horrifying.

“The Illness Lesson” is a horror novel for the #MeToo era. There is a scene late in the book where the language of rape is used to devastating effect. The novel deftly examines and criticizes the dangerously misguided patriarchal thoughts and actions of Samuel while very soberly illustrating Caroline’s awakening and complicity in a system that profoundly harms the people it purports to respect and cherish.

This article appears in the May 2020 issue of Pittsburgh Magazine.
Categories: Things To Do