NBC’s family drama partially set in the ’Burgh ends its six-season run at 9 p.m. May 24 at the top of the ratings. For fans in Pittsburgh, it’s been a long, yinzer journey. 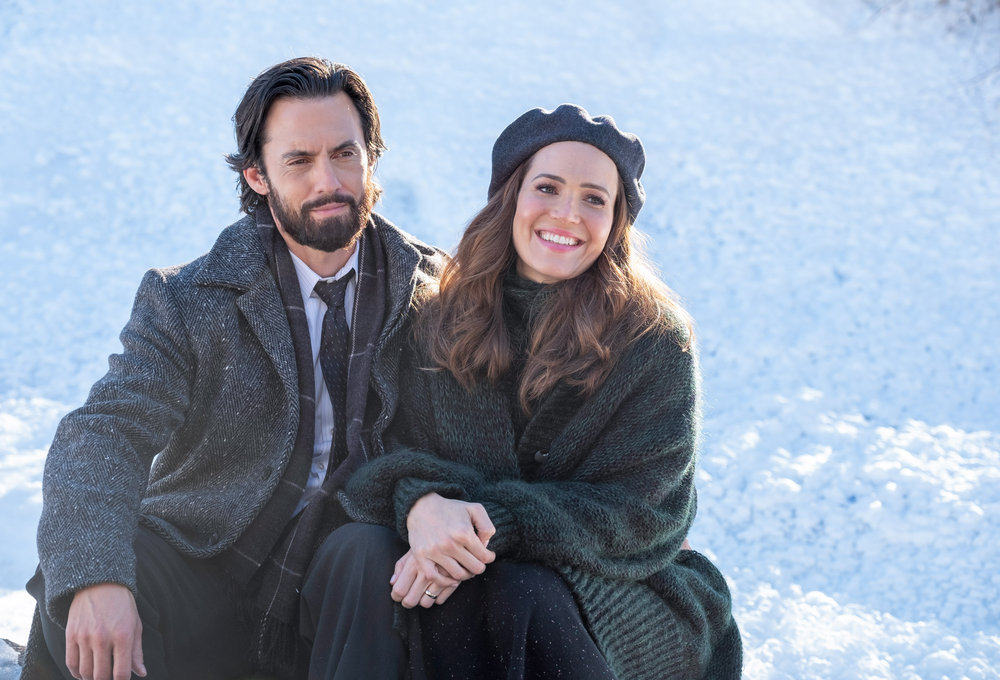 From early in the first episode in 2016, show creator Dan Fogelman’s fondness for the ’Burgh — and especially the Steelers — was on eye-catching display. It’s Jack Pearson’s 36th birthday, and actor Milo Ventimiglia sits on a bed wearing nothing but a smile and a present from his wife, Rebecca (Mandy Moore).

The Terrible Towel has been photographed all over the world, but casually draped across Jack’s lap? On network television, yet.

And so it begins.

Through six seasons, the Pearsons of Bethel Park would add to the family. Rebecca gives birth to triplets that night, one of whom dies. But another baby, African American, is brought to the hospital in need of care, and so The Big Three have arrived.

The kids grow up, they marry, some divorce, get married again. They mix their families through biology and adoption. NFL football plays a big part in the scenes set in the past: turns out Jack and Rebecca went to Froggy’s the night of the Steelers’ Super Bowl XIV victory in 1980, the day the triplets were conceived. (Up With People was the halftime show!).

You remember Froggy’s: that Market Street tavern run by raspy-voiced Steve “Froggy” Morris. From 1979 to 2003, it was a watering hole for people in suits and everyday folk, so no surprise it would be a hangout of choice for Rebecca and Jack and their friends.

“Your dad and I used to play darts all the time at Froggy’s,” Rebecca once tells her son, Randall.

But their life together ends when Jack dies, shockingly, on another Super Bowl Sunday. Rebecca eventually finds new love with one of Jack’s best friends, Miguel (Jon Huertas).

Watching “This Is Us” has been a moving experience on several levels. There are different timelines, with flashbacks, flash-forwards and also what appears to be the present.

It’s a lot to take in. But some of the most moving connections between past and present involve memories of Pittsburgh and how events shaped The Big Three and those around them. Randall (Sterling K. Brown), Kate (Chrissy Metz) and Kevin (Justin Hartley) are seen as small children, teens, young adults and even gray-haired. 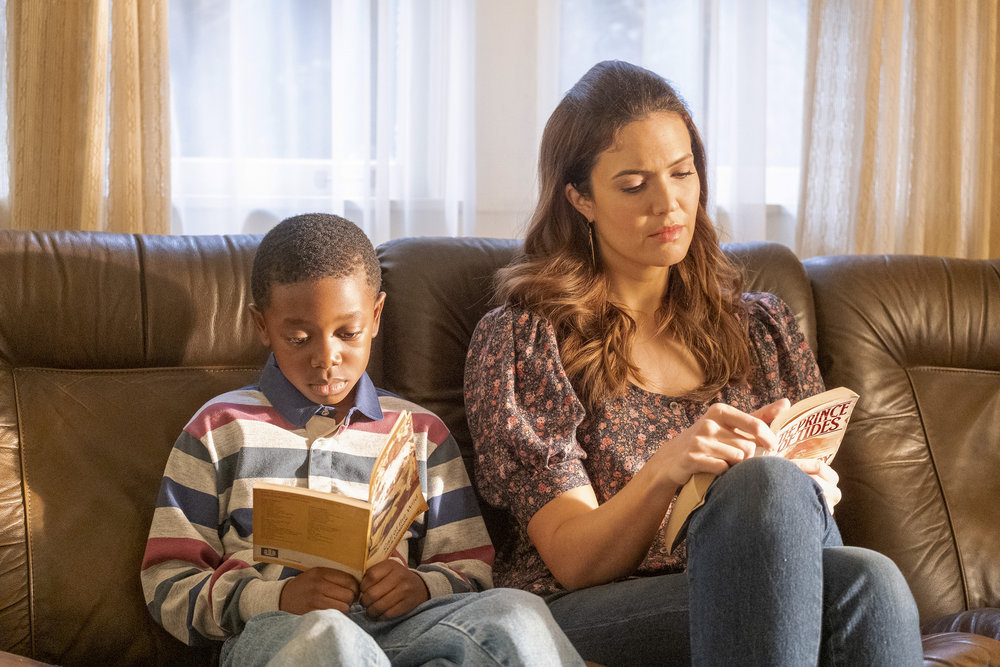 The series penultimate episode on May 17, “The Train,” was a sob-inducing experience. Rebecca, now elderly and suffering from Alzheimer’s disease, is in her last days. As her large, extended family gathers to say their good-byes, she imagines she is on an old-time classic railroad train. She revisits some old friends and sees childhood versions of herself and her kids.

In the bar car, kindly Dr. Kotowski (Gerald McRaney) is wiping a glass with a Terrible Towel. Behind him are iconic Pittsburgh items, including a toy Neighborhood of Make-Believe trolley and a Heinz tomato soup can.

An old TV is replaying Franco Harris’ “Immaculate Reception” video, from when the Steelers defeated the Oakland Raiders in a 1972 divisional playoff game. Rebecca looks up and softly pats her hands in a cheer. Watching it never gets old, does it?

“I can’t stop crying about that episode,” she said, getting a bit verklempt. “It’s a connection to a place in which loving your neighbor and loving your town and loving your family are all part of the same thing. They are connected.”

“This is Us” resonated way beyond Pittsburgh. Among scripted series it ends its run still at No. 1 in the key demographic of adults 18 to 49 years old, according to the Nielsen ratings. The penultimate episode drew 5.3 million viewers — the second most of the season — with the season 6 premiere on Jan. 4 drawing the most at 5.5 viewers.

Fogelman has said he based some of the nostalgic events of “This Is Us” on his real-life experience. As a child living briefly in Pittsburgh, he wrote a letter to Pirates star Jason Thompson. He posted this on Twitter after the show had a flashback scene involving young Kevin wanting an autograph from Pirates pitcher John Smiley.

But the pitcher wasn’t the only Smiley who made an unexpected appearance on the show this season. In an episode about Randall’s close relationship to Rebecca, they reminisce about summer trips to Eat’n Park (we are guessing perhaps the one on Route 88 near South Park?).

“Every Friday in the summer we would get to the library before it opened and we would stay until it closed and then I would take you to Eat’n Park. Just us,” remembers Rebecca.

In another scene when he’s a bit older, Randall cheers up his mom with a bag of the treats.

The appearance of Eat’n Park’s signature cookies came as a surprise to the restaurant chain.

“We were surprised and delighted when we saw this moment come to life for Randall and Rebecca because it so authentically captures how our team members make our guests feel each and every day,” said Amanda Giacobbi, Eat’n Park Hospitality Group spokesperson.

Fans of the show from Pittsburgh were surprised as well, but some were not quite delighted. The night of the broadcast, they took to Reddit.com to discuss on social media. The show’s depiction of the cookies did not feature the iconic white icing/smiley design.

Instead, they were a yellow cookie with dark-ish frosting.

A poster to the “This Is Us” subreddit named Mandaluv1119 noted: “Western Pennsylvanian here! I was wondering if Eat N Park (sic) had paid for the shout out… until I saw those travesty “smiley” cookies.

Other commenters debated the name of the restaurant: “Eden Park”? “Eaton Park”?

Over the years, among the many other Pittsburgh references, we learned: 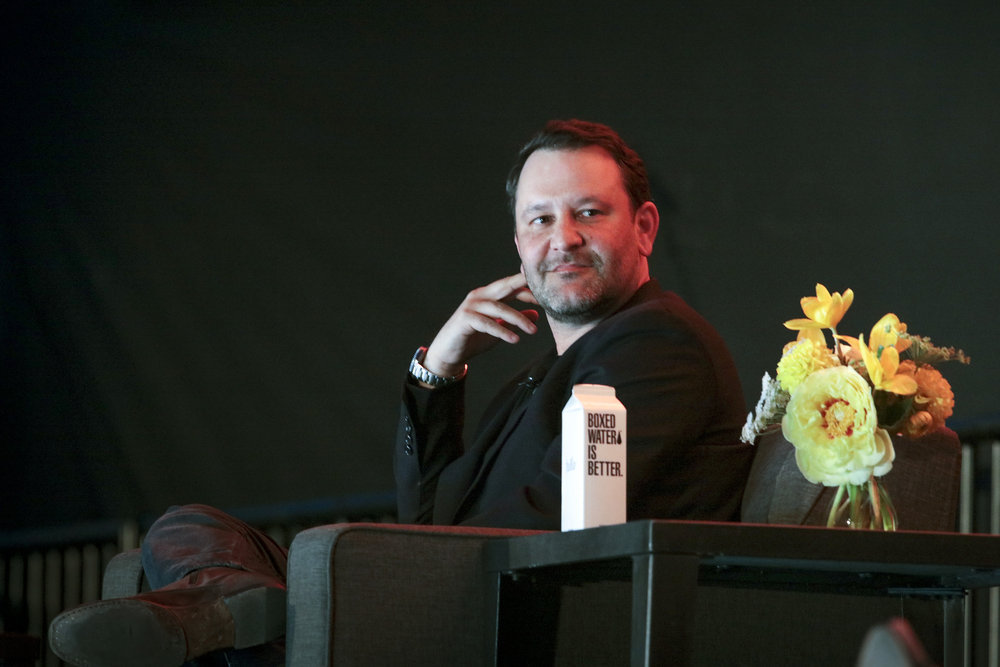 PHOTO BY CHRIS HASTON/NBC | DAN FOGELMAN AT ROSE BOWL STADIUM IN PASADENA, CALIF. IN MAY 2021.

Christina Aguilera and Billy Porter, among others, might agree.

“Every time Pittsburgh and our iconic locations and attractions are highlighted on ‘This Is Us,’ that is advertising we cannot afford. The show has been a great vehicle to bring our destination to a global audience.”

A lot of the Pittsburgh references are word-of-mouth however, since most of the show was shot in Los Angeles. There have been many film and TV projects, from “The Silence of the Lambs” to “Flashdance” to “Mindhunter,” that put real Western Pennsylvania locations on screens of all sizes.

But it might be hard to argue against “This Is Us” being the most sweetly persistent in showcasing what makes Pittsburgh, in the words of an old KDKA-TV ad campaign “Someplace Special.”

Maria Sciullo is an award-winning Pittsburgh-based writer who managed not to cry while watching “The Train” episode.