Perspectives: What are Parents Really Teaching Their Children in North Allegheny?

Rather than engage like adults, a group of angry parents disrupted a school board meeting until all involved gave up and went home. 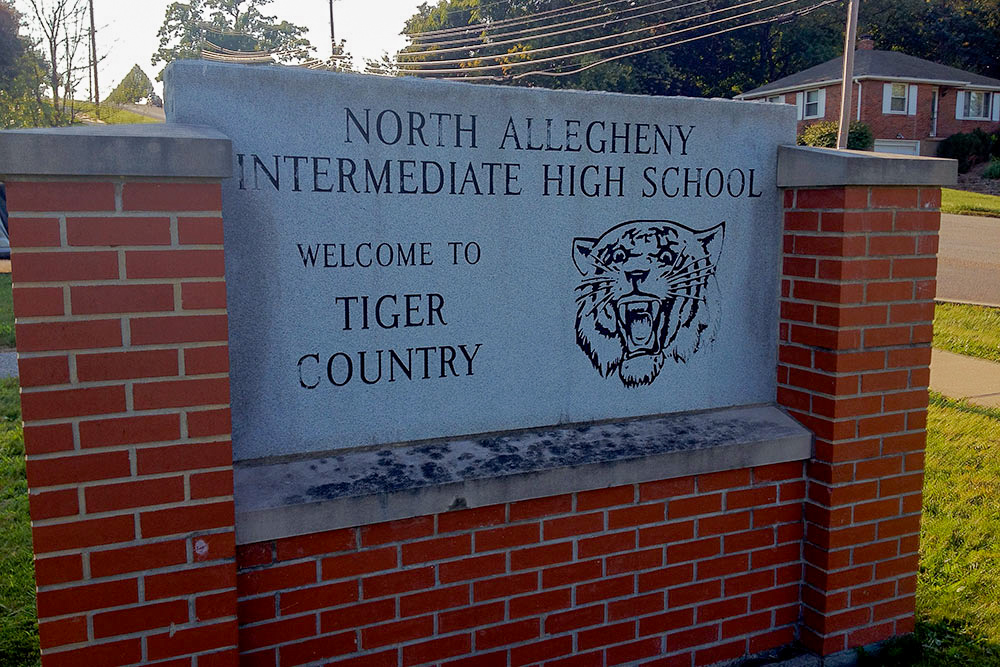 If you think back to your high school days, you’ll likely recall some kids — maybe even yourself — getting sentenced to a period of after-school silent reflection for often frivolous reasons. (I once wound up in there over a paper airplane.) One action, however, resulted in a stay in detention every time: Derailing class.

I’m not talking about cracking a joke or misbehaving; if you did something so disruptive that the proceedings had to be stopped, you could bet that it would mean detention or worse.

Last week, a bunch of parents showed up to a North Allegheny School Board meeting and did exactly that: Behaved in such a disruptive fashion that the evening could not continue. At issue: what else? They were mad that students would have to wear masks this fall.

According to KDKA, a group of angry parents began chanting “freedom” (what is this, “Braveheart?”) and “let them breathe” as board members tried to get the meeting underway. Vitally, many among the boisterous cohort themselves refused to wear masks, despite school rules requiring them at the meeting; when informed that they had to mask up for the meeting to continue, they refused.

The meeting was adjourned, and everyone was sent home. Call it an out-of-school suspension.

Fortunately, the health and safety of kids throughout the Commonwealth won’t be imperiled by displays like these; as of Sept. 7, K-12 schools are under a mask mandate.

The efficacy and necessity of masks in group settings is a topic for another column — though, to be clear, masks work and are absolutely necessary at the moment, particularly given the number of children and teens who are not or cannot yet be vaccinated. While these parents continue to spread the lie — and it is just that, a plain lie — that masks inhibit breathing, the facts are not now and never have been on their side.

Too many people seem convinced that the truth is subjective or otherwise difficult to determine. The truth is the truth, no matter how angry it makes you.

Anyway, that’s another matter. At the moment, I’m focused on the awful behavior of this group and their my-way-or-burn-it-down disregard for anything but their own ill-formed opinions. It’s not that these folks are wrong (though they are). It’s that, in being wrong, they refused to engage with the world around them in a fair or decent way — faced with opposition, they demanded to be allowed to do whatever they wanted, then, when they didn’t receive satisfaction, decided to ruin things for everyone.

While many in the various corners of the COVID denial movement — anti-vax, anti-mask, anti-science, anti-logic, anti-truth — use the tactics of civil protest to justify their actions, that’s not really what this group is doing. These individuals aren’t protesting a decision they don’t like; they’re trying to make sure that if things don’t go their way, they won’t go at all.

Here’s how things should go, if you’re opposed to masking in schools (and you remain absolutely determined to be wrong about this until the end of time). You have a problem, so you go to the school board meeting. If the school board meeting has a mask requirement, you wear your mask. You register your objection. See what happens.

If you don’t like the result, you can pursue it with the district or take legal action. (I wouldn’t bother with the legal action — every court in the country has supported the rights of both private and public institutions to require masks, so you’ll just waste your money and time. But if you want to waste that money and time, you can.) If those avenues still don’t get you the result you want, then you can enroll your children in another school, or you can home-school them.

Want to protest further? Sure, it’s your right. Make signs, organize marches or stand near the school and try to get passing cars to honk. Publish your thoughts. Contact the media. Continue to turn up at school board meetings, armed with evidence and salient points. (By the way, try evidence and reason instead of chanting and yelling, next time.) Organize a group of like-minded folks and pursue every avenue you can.

You can do all of that. You’re perfectly allowed to follow all of those courses of action.

Could it be that the defiant parents don’t actually want to put in the work and the hard effort of pursuing all avenues, organizing and gathering evidence and making a reasoned, careful case? That they’d rather just scream and yell without doing the legwork? That they see inconveniences and obstacles as things to be shouted down, because they’re used to environments where the loudest person is assumed to be the smartest?

Or could it just be that they know their arguments are fundamentally flawed?

Nah. Couldn’t be any of those things.

On this and all issues, concerned parties have the ability to petition for a redress of grievances; that’s in the constitution and everything. Doing so, even doing so via protest, has a very real and very legitimate place. There is, however, a difference between thoughtful objection and screaming until everyone gives up. The former is an important part of society. The latter is not.

Not following the rules, not playing nice, not getting along with others — actually, these parents don’t need detention. They need kindergarten.