Reviews of "Isle of Dogs" and "Blockers," plus local movie news and notes. 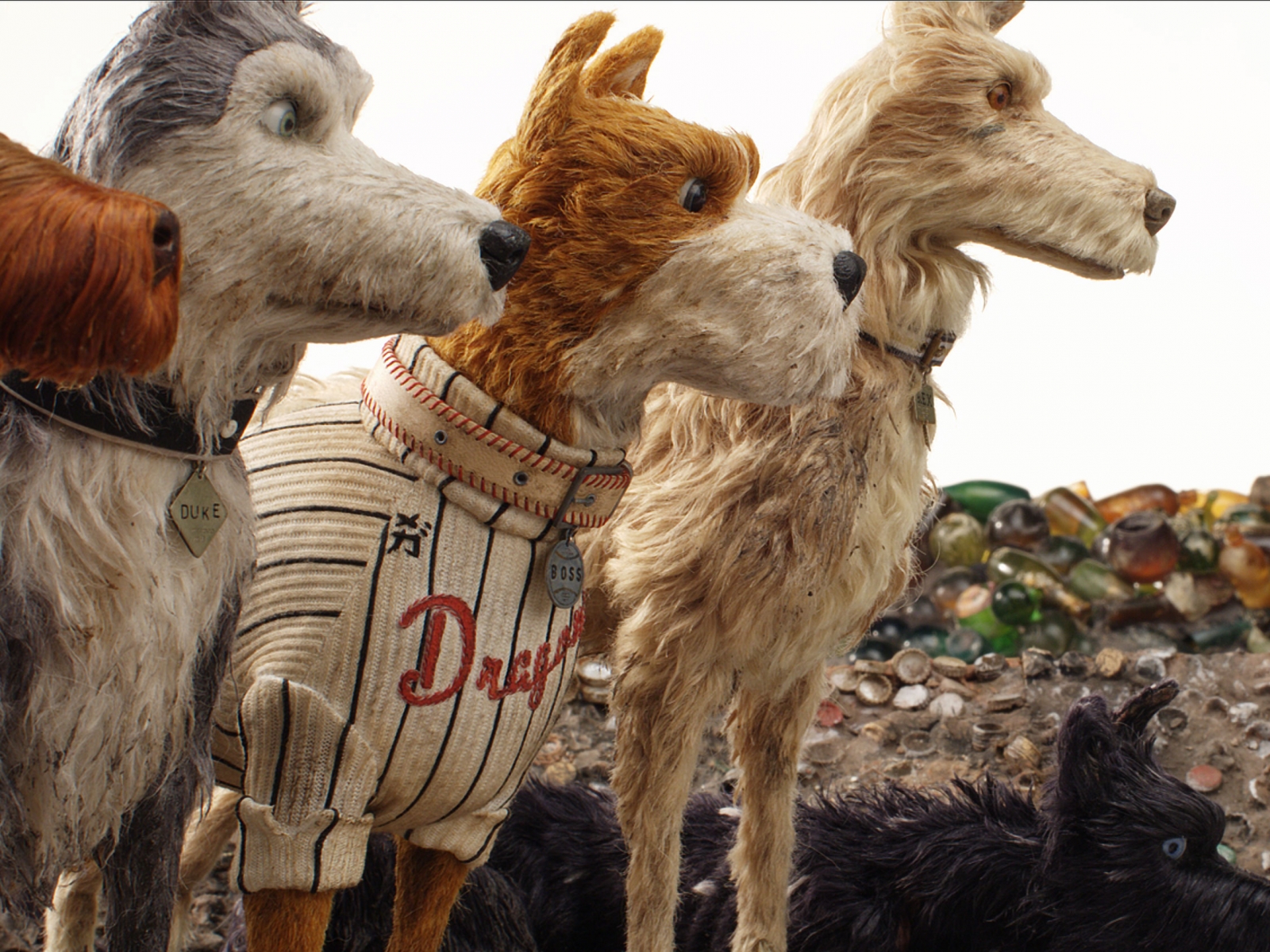 A confession: I could take or leave the work of Wes Anderson.

While this is a confession that would be unremarkable for an average person, it is aberrant, to say the least, for a film critic.

“The Royal Tenenbaums” is undeniable, of course, and I did rather like “The Grand Budapest Hotel.” I thought “The Life Aquatic” was dramatically overrated, though. “The Darjeeling Limited” is kind of a miss. “Fantastic Mr. Fox” is charming, but thin.

The director’s idiosyncratic style and dry humor are, to me, effective at times and dull at others. There are always moments of brilliant comedy in his films; he’s a master of getting overactors to go small and subtle, with hilarious results. His films also invariably offer lovely composition and photography. But the precious, hipster chic that lays over his filmography like syrup on a 5-year-old’s pancakes can be too damn much.

Which brings us to “Isle of Dogs,” his second work of stop-motion animation. The film — concerning the deportation of canines from a fictionalized Japan, and one young boy’s efforts to locate his beloved companion — is immaculately detailed, a fully realized film with a distinct visual style. It also has an all-star voice cast: Bryan Cranston, Edward Norton, Bill Murray, Jeff Goldblum, Greta Gerwig, Frances McDormand, Scarlett Johansson, Yoko Ono, Tilda Swinton and more.

The story is such a by-the-numbers affair that you’re left with nothing but the humor (present, but not quite enough) and the affectations (grating). Which is to say nothing of the questionable take on Japan employed here, a cartoonish bit of uncomfortable cultural parody. (The dogs speak in English, while the humans speak in un-subtitled Japanese).

I’m sure that Anderson devotees will take to “Isle of Dogs,” as there isn’t much of a variation on the filmmaker’s normal playbook; if you are not tired of his whole act, then you’ll be just fine. If you have grown weary of Anderson’s twee idiosyncrasies, though, “Isle of Dogs” is not the film that will win you back.

No one’s more surprised than me: I am absolutely positive that “Blockers,” the sex comedy starring Leslie Mann and John Cena, is a better film than “Isle of Dogs.” The premise sounds like a dozen slapdash comedies not meant to appeal to anyone with a college degree: a trio of high-school seniors (Kathryn Newton, Geraldine Viswanathan and Gideon Adlon) make a pact to lose their virginity on prom night, which is discovered by a trio of scandalized parents (Mann, Cena and Ike Barinholtz). Parents rush to prevent the drunken couplings, hilarity ensues. If it stopped there, “Blockers” might be bound for the bargain bin, but there’s surprising depth and heart to this caper. Struggles with sexuality, the challenges of middle age, gender norms and teenage autonomy, sexual politics: All are fair game in a movie that also prominently involves pratfalls, slapstick and several other subjects I’m not willing to let Google find on this website. It’s a pleasant surprise: I was expecting a middling laugh in the “Neighbors” vein, and I instead found depth. And dumb jokes. But also depth.

The third annual Pittsburgh Japanese Film Festival, held since 2016 at Row House Cinema, is for the first time expanding to a two-week affair. Friday’s opening night feature is “Neko Atsume House,” receiving only its second U.S. screening; VIP tickets include a pre-show opportunity to hang out with cats in the Bierport tap room. A quartet of films — “Stray Cat Rock: Sex Hunter,” “Urotsukidoji,” “Wild Zero” and “Antiporno” were selected for their exploration of gender and sexuality, while a pair of Kurosawa classics, “Yojimbo” and “Sanjuro,” will spotlight the famed director’s work (and each will be paired with sushi and beer for special events). Select screenings will be presented sans subtitles and dubbing, offering an opportunity for Japanese speakers — and those looking to learn — a rare opportunity. And a new restoration of “Godzilla” is on the bill, too. A full schedule of screenings and special events has been posted; full-festival passes (with some limited exclusions) are available for $36.