In the third annual event, costumed paddleboarders and kayakers delighted spectators on the shore. 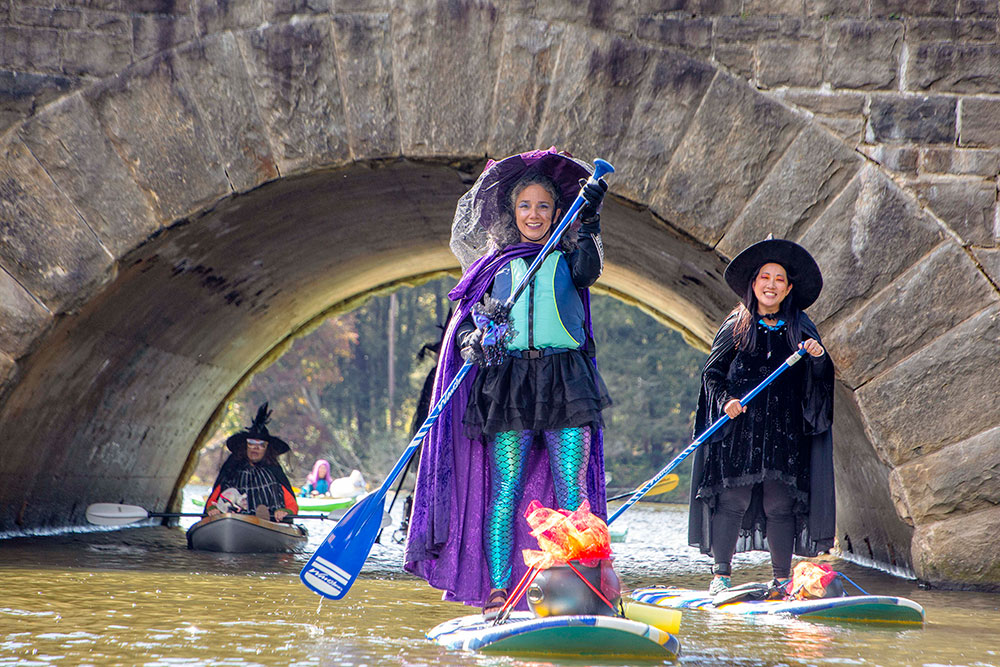 Something wicked this way comes …

Well, they aren’t wicked at all. In fact, the witches on the water at North Park Lake are pretty friendly; they just want to encourage folks to get outside and have some fun.

The third annual Witches on the Water event was held this past Sunday, and Nancy Barnes, who works as a stand up paddleboard and kayak instructor for LLBean’s Outdoor Discovery Program, says it continues to be a hit.

“It’s become a community event, where people just come and watch. It’s so cool,” she says. “We just want to make it bigger and better each year.” 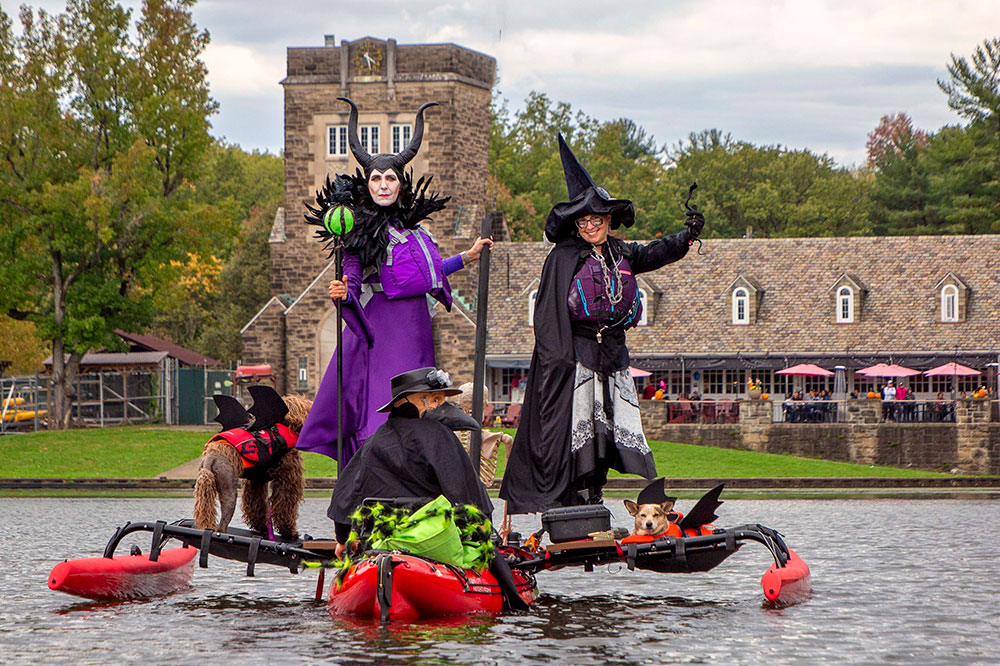 The premise of Witches on the Water is pretty straightforward: Dress up as a witch (or a warlock), and float around the lake, on a paddleboard or in a kayak, to spread some spooky cheer. Barnes got the idea a few years ago when she saw photos from a similar event in the Pacific Northwest, and when her friend Michelle Maslo sent her the same photo and asked if they could do it, Barnes knew they had to make it happen here, too.

“It just started off as just like a private custom trip, just me and my friends. And it has just grown each year,” she says.

The event is advertised on LLBean’s website, as well as the Friends of North Park Facebook page. Anyone can join as long as they have their own stand-up paddleboard or kayak and are proficient enough at the sport to hold their own on cold and windy waters. And even if you don’t feel like suiting up and taking to the lake, you’re still welcome to join as a spectator on the shore.

“We encourage people to come down, take photos, take videos, just come down and enjoy it and have fun, especially in these times of COVID where you can’t do a lot,” Barnes says. “The little kids love it! One girl [in Friends of North Park] said her daughter was waiting for it all year.”

Barnes also says that one participant, Heidi Weigand, brought along a cauldron with candy in it. She jumped off her paddleboard onto the shore and handed out sweets to the kids in the crowd.

Last year’s event, though socially distanced and low-key because of pandemic-era restrictions, was popular nonetheless, and they’re planning on going even bigger next year.

The 2022 Witches on the Water will partner with Greater Pittsburgh Food Bank and turn the casual and fun event into an act of charity, complete with food donation boxes at the site, according to Barnes.

A date hasn’t been decided just yet, but it’ll be advertised on the Friends of North Park page next fall as more information becomes available.

In the meantime, LLBean’s Outdoor Discovery Program also hosts a range of events for all seasons, including an upcoming spooky hike, a full moon kayak tour, an archery discovery course and more.

“Anything to get people in the outdoors,” Barnes says. “Be an outsider, baby!”