The legendary singer's one-night engagement is just of several entertaining options in the Pittsburgh area. 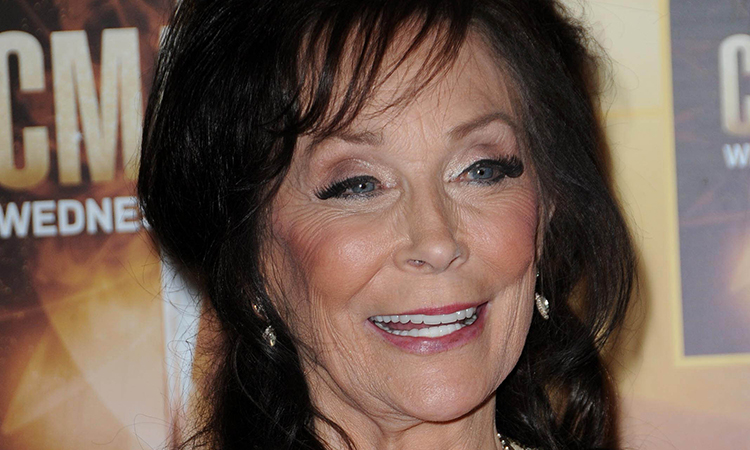 LIVING LEGEND LORETTA LYNN PLAYS MOUNTAINEER
Whether or not you happen to be a fan of country music, it’s tough to deny that Loretta Lynn is among the most important and influential performers still touring regularly. Eleven years removed from her remarkable comeback album, “Van Lear Rose,” Lynn will return Saturday night to Mountaineer Casino in New Cumberland, W.Va. for a one-night engagement. Lynn won a Grammy award, her fourth, for “Van Lear Rose,” which spawned crossover hits under the production of Jack White; at age 83, she’ll release a follow-up to that album next year. Lynn has performed for five presidents at the White House, so the hour-long drive west shouldn’t deter you from a chance to see music royalty in person.
(1420 Mountaineer Circle, New Cumberland, W.Va.; 8 p.m.; click here for tickets and info).

LOCAL STAGES CAN MATCH YOUR MOOD THIS WEEKEND
Caught a serious, in-need-of-motivation kind of mood? The City Theatre’s production of “Sunset Baby” has all of the biting wit, political drama, intergenerational wisdom, smart hustle and father-daughter strife an audience could desire. Our bold, female protagonist, Nina, is set on survival — and she makes it clear she is the fittest. Dominique Morisseau’s play, directed by Jade King Carroll, will be performed through Dec. 13 at the Lester Hamburg Studio. As the days get shorter, it’s a perfect antidote for that pre-holiday slump in motivation.

In an I-really-need-to-laugh kind of mood? The Pittsburgh Public Theater will present “A Servant to Two Masters" through Dec. 6 at the O’Reilly Theater. Get your kicks at the protagonist's wild antics in 1960s Venice — eating as much fettuccini as possible and chasing the heart of the stunning Smeraldina. Directed by Ted Pappas and adapted by Lee Hall (creator of Billy Elliot), Goldoni’s laugh-fest will be the perfect ab workout for audiences before the Thanksgiving feast.
(“Sunset Baby,” Lester Hamburg Studio, City Theatre, 1300 Bingham St., South Side; click here for tickets and info. “A Servant to Two Masters,” O’Reilly Theater, 621 Penn Ave., downtown; click here for tickets and info).

GIVE CHOCOLATE THE RESPECT IT DESERVES AT THE BENEDUM
For a ubiquitous foodstuff, chocolate gets a bad rap from time to time. We often think of the dark, sweet stuff as a solitary indulgence to be consumed in mass quantities, not the refined delicacy that it truly is. Fortunately, the folks at the Pittsburgh Cultural Trust are here to help. This Saturday, they're hosting the first Chocolate Bar at the Benedum Center, a decidedly fancy chocolate tasting set in the downtown theater’s Grand Lobby. With live music, aerialist Kelsey Keller and chocolatey accessories and fashion by Richard Parsakian and Izzazu Salon, Spa and Serata to accompany you, sample artisanal chocolates and specialty confections from local chocolatiers and restaurants. You’ll never settle for a bag of M&M’s again. UPDATE: The Chocolate Bar event has sold out. The Cultural Trust promises more flavorful events are coming in 2016.
(237 7th St., downtown; 8-11 p.m.; click here for more info)

IN THEATERS: Almost a year after it brought a bevy of top acting talent to Pittsburgh, the locally-filmed “Love the Coopers” arrives this weekend in theaters. (Read our interview with Jessie Nelson, the film’s director, here). Elsewhere, disaster drama “The 33,” football story “My All American” and Oscar contender “Room” hit local cinemas.

"MADtv veteran Anjelah Johnson will perform this weekend at the Pittsburgh Improv. Click here for tickets."

This article appears in the November 2015 issue of PMWeekend.
Categories: Things To Do