More than 90 adventurers repelled down the Westin Convention Center for the Shatterproof Challenge.

Perusing the sights of downtown 26 stories above street level would suffice for most. However, the 90-plus Pittsburghers who took the Shatterproof Challenge yesterday are not like most people. They chose to rappel down the side of the Westin Convention Center. Because why not?

At first glance, it seems as if the challenge is to merely test the bravery of those who approach. But the overall goal of Shatterproof, a relatively new nonprofit, is to raise awareness for drug addiction and alcoholism.

PM’s resident veghacker Leah Lizarondo took the opportunity to rappel yesterday. Lizarondo, who used to rock climb, described the experience as “exhilarating.” She says that she “wanted even more” after completing her rappel.

Sure, buddy! Whatever you say! We have vertigo just watching this video.

#Props: Our 2014 Chefs of the Year were honored by City Council 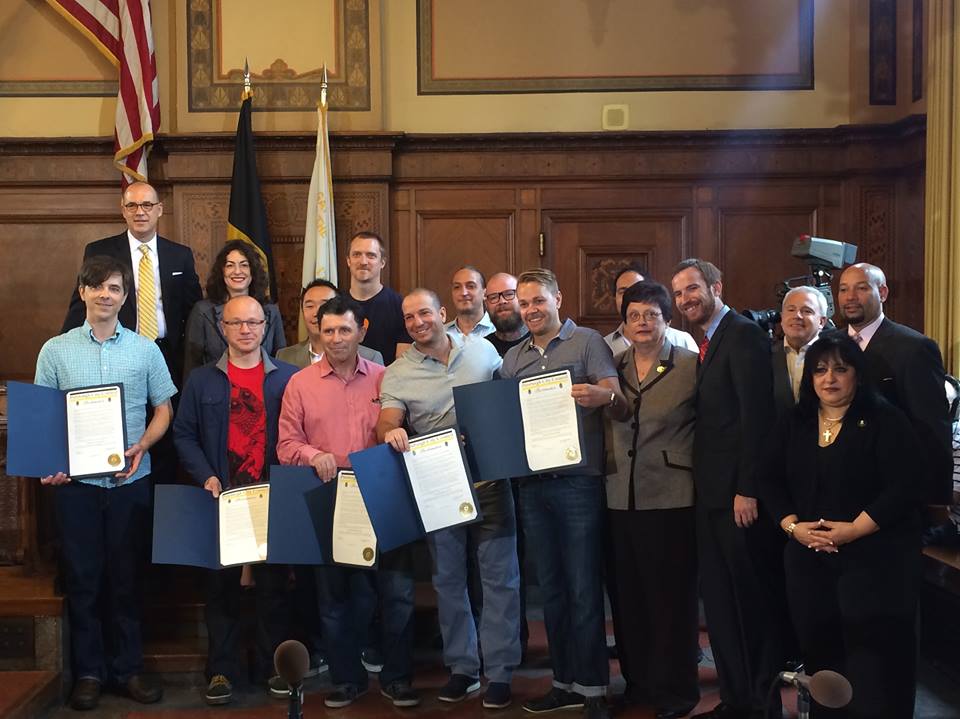 Big shout out to our Chefs of the Year, who were honored with official proclamations by Councilman Dan Gilman at the Pittsburgh City Council Building on Tuesday morning. Congrats, chefs. You make our city very tasty.