Several restaurants along Penn Avenue will be featured in tonight’s episode of “Chuck’s Eat the Street.” 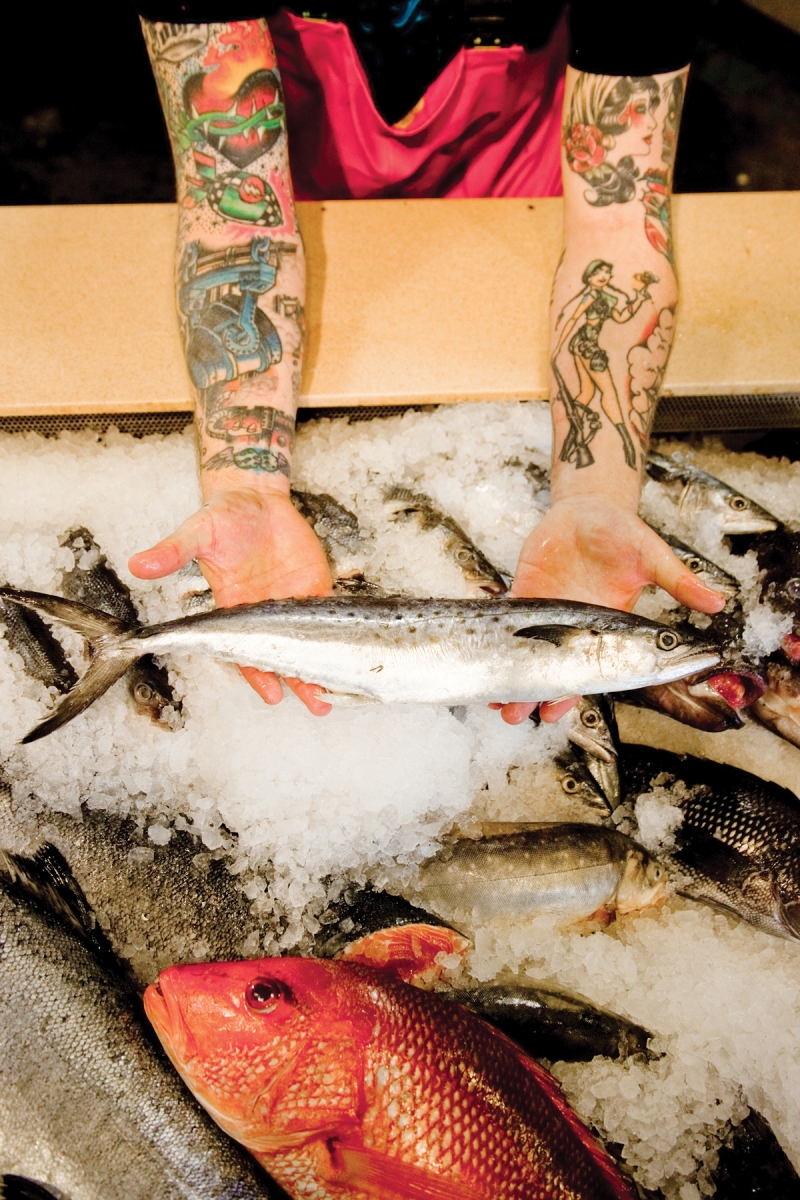 The Strip District always has been known locally as a food lover’s paradise. The lively stretch of road on Penn Avenue has something for nearly every level of taste. However, more and more innovative and critically acclaimed restaurants have popped up along the route, from the East End to downtown. This culinary renaissance will be the subject of tonight’s episode of “Chuck’s Eat the Street” on Cooking Channel, entitled “No Place Like Pittsburgh.”

According to the show’s description, chef Chuck Hughes will take a tour of downtown gastropub Meat & Potatoes and stop at fish lover’s paradise Penn Avenue Fish Co. He’ll visit the always-buzzing Bar Marco and see innovative Executive Chef Jamilka Borges in her environment. The tour of Pittsburgh’s blooming culinary scene along Penn will finish with a look at Salt of the Earth and its former executive chef, Chad Townsend, and his menu. Tune in tonight at 10.

Side note: We're loving all the attention our local chefs are getting; last night, Blowfish BBQ appeared on last night's episode of "American Grilled," which airs on the Travel Channel.
—Jordan Locke

#Products: The Cathedral of Learning: (potentially) coming to stores near you

Bethel Park resident Josh Hall has been creating epic homages to Pittsburgh out of LEGO bricks for a while now. Remember that time we showed you his Warhol bridge project?

Recently, his nearly 1,500 LEGO-piece tribute to the Cathedral of Learning reached 1,000 votes on LEGO Ideas, a website where fans can submit their own creations for LEGO to review as possible sets. Once an idea receives 10,000 votes, LEGO will consider producing it as an official set to be available around the world. The project has until May 1, 2015, to reach 10,000 votes.

Want to build the Cathedral of Learning in your living room? Vote here (and rally up your friends).
—Phoebe Ng

Mayor Bill Peduto has declared tomorrow Cure SMA: Sully’s Wish Day in honor of Sullivan Rossmiller, a 4-year-old boy living with spinal muscular atrophy, a disease that affects motor nerve cells in the spinal cord, taking away the ability to breathe, walk and eat. . Sullivan also will be honored at tomorrow's Cure SMA Gala: Sully’s Wish at the Children’s Museum of Pittsburgh at 6:30 p.m. Just Ducky Tours will unveil the seventh addition to its fleet, an authentic WWII vehicle named “Steel City Sully,” at the carnival-themed fundraiser.
—Phoebe Ng