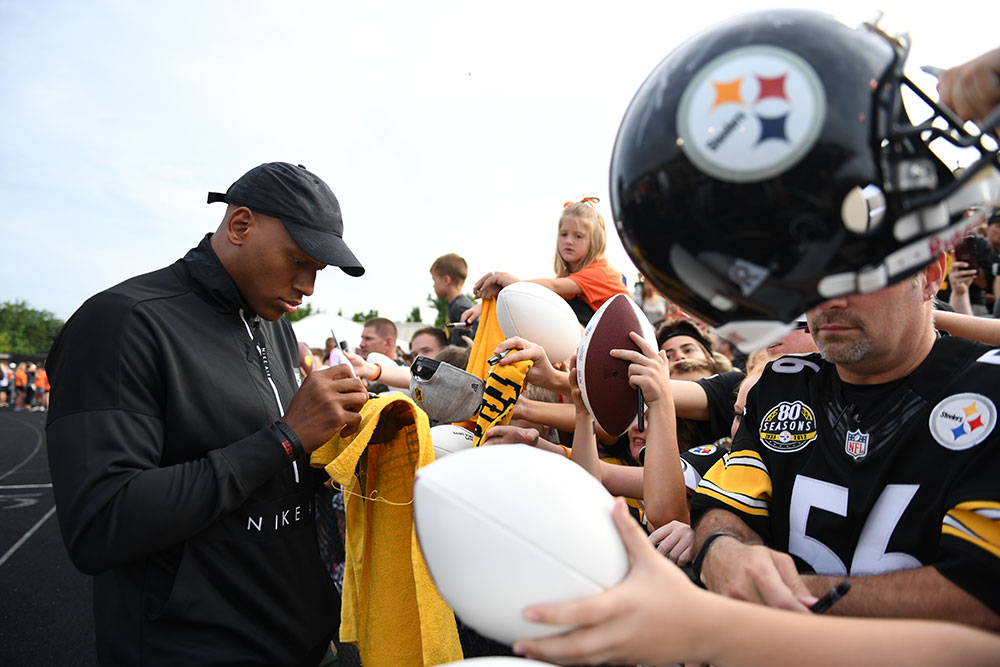 Former Steelers linebacker Ryan Shazier gives away two Heinz Field stadium seats to fans in a heart-warming video by Pepsi titled “Every Game is a Home Game.” The father and son pair, Tim and Pat Dougherty, have a history of attending Steelers’ games. Tim, a self-described yinzer, says his family has held season tickets since 1973.

Tim lost his wife, also a dedicated fan, in October 2018. “I miss her tremendously but the memories are there and nobody can take that away from you,” he says.

Toward the end of the 4-minute commercial, Pat says “Mom would’ve loved this.” A few seconds later in a voiceover, “In the toughest times you lean on the people that you love the most. We have each other and that’s good enough for me.”

Tim recently went through cancer treatment and is now cancer-free. He says he didn’t go to any games this past season and really missed it.

The video is part of Pepsi’s new advertising campaign “Made for Watching Football.”

Shazier recently announced his official retirement from football following a career-ending spinal injury during a game against the Cincinnati Bengal in December 2017. Many viewers were happy just to see Shazier walking.