The late wrestling legend explores his youth in war-torn Italy in the documentary “Bruno Sammartino,” which receives its Pittsburgh premiere Oct. 6. 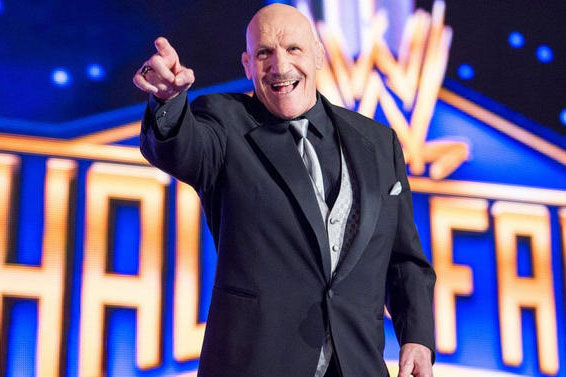 The late Bruno Sammartino’s legendary reign atop the World Wrestling Federation has been well documented, as his matches and rivalries were seen by thousands of sold-out audiences and millions watching around the world.

His biggest challenges, however, came decades before he stepped between the ropes. In the documentary “Bruno Sammartino,” which receives a Pittsburgh premiere this Thursday night at the Heinz History Center, the Hall of Famer recalls how close he and his family came to death at the hands of Nazi soldiers during World War II.

Sammartino, whose family immigrated to Pittsburgh after the war, brought a camera crew along with him when in 2017 he returned to the small town of Pizzoferrato. Sammartino was born in the mountainside village in 1935; with his father working in America, his mother was left to defend her children when the SS occupied the town, recognizing its high elevation as a strategic advantage.

The young Sammartino — then a small and frequently sickly child — and his family escaped into the mountains, living in makeshift shelters. His mother frequently snuck back into town, raiding her own home for food and supplies while dodging the gaze of SS officers; in “Bruno Sammartino,” the wrestling champion visits that home before recreating the exhausting climb up the mountains, growing emotional as he recall the risks his mother took to protect him.

Of course, Sammartino’s later successes, from the “Studio Wrestling” ring in Pittsburgh to Madison Square Garden — where he headlined more than 180 sold-out events — are revisited, as well. In interviews for the film, Sammartino’s close friend Arnold Schwarzenegger says, “This is the star of all stars … He knew exactly how to create the excitement in the crowd. He was a showman.”

“Bruno Sammartino,” which is narrated by Larry Richert, will play inside the History Center’s Western Pennsylvania Sports Museum at 7 p.m. this Thursday night. Tickets are $15.