Want To Know What Pittsburgh Is Doing For You? Dashburgh May Have The Answer

Dashburgh is a one-stop shop for the public to find data about 311 requests, city finances, equity initiatives and more. 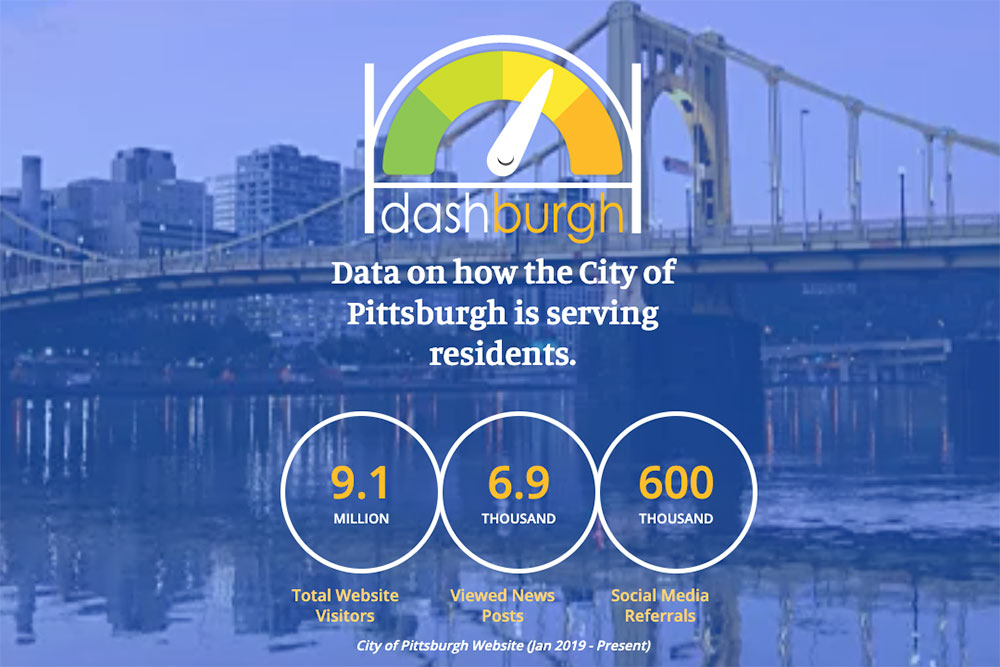 The City of Pittsburgh has taken a big step toward transparency.

Mayor Bill Peduto and the Department of Innovation & Performance announced a new tool last week that they say will help bolster the public’s access to data concerning the city’s operation.

It’s called Dashburgh, and it draws on data from more than 32 information sources across the city to monitor Pittsburgh’s activities and progress toward its goals. Dashburgh compiles information on 311 requests, equity initiatives, finances, human resources, neighborhood development, parks and trees, public safety and more.

“We have worked hard over the past eight years to create a more modern, transparent government and this comprehensive new tool allows our residents to see our open data in an easy-to-understand dashboard,” Peduto said in a press release.

The public can also find data about the Municipal Equity Index; the species, characteristics, and estimated annual benefits of the city’s trees; the number of firearms seized and arrests made; and how the city’s budget is being spent, among other things.

There’s a tab on the site dedicated to Pittsburgh’s Climate Action Plan, too, which tracks the city’s progress on meeting its climate action goals by 2030. The site includes information about the proportion of alternative fuel vehicles in the city’s public transit fleet and the percentage of city facilities running on electricity from renewable resources. (A total of 87 vehicles, representing 8.5% of the total fleet, are running on alternative fuels, and the city’s facilities are operating on 100% renewable energy as of mid-2020.)

And this, officials say, is only the beginning.

“We expect to add new measures over time and build on the foundations we have laid to be a data-driven city government,” said Innovation and Performance Acting Director Heidi Norman in the release. “Dashburgh serves as a vehicle for city residents to view how we’re meeting our service goals and how we carry out key activities to deliver critical city services.”