Plus,  Sinobi to Go puts a spicy spin on an American staple  and we get saucy with an easy recipe. 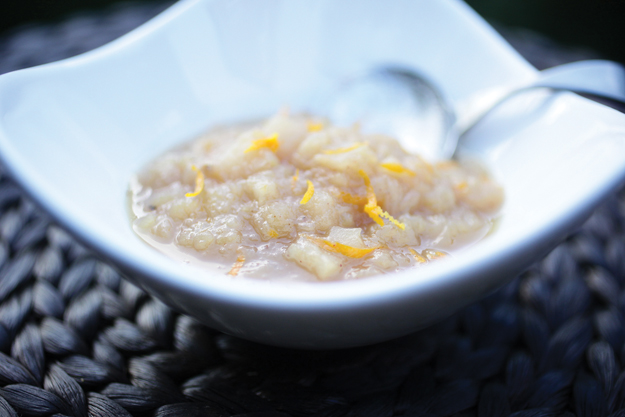 >>cheftalk
DiBattista moves Vivo to Sewickley
According to an old adage, “Change is the only constant.” Though we may instinctively become flustered, change doesn’t have to be a bad thing. That’s Sam DiBattista’s philosophy.

After serving robust Italian dishes on Lincoln Avenue for 11 years, he decided it was time to move his Bellevue mainstay Vivo to another neighborhood—and allow his daughters to open and operate their new business, Bite Bistro, in its space.

“The response has been very good so far,” says DiBattista, 53, who opened Vivo Kitchen in late August. “We’re happy to give families a reason to stay [and dine] in their own backyard.”

With a fresh look and switched-up (written) menu, the restaurant brings something unique to Sewickley. Diners can expect to see fish (like branzino) and various meats on the ever-changing menu. But just because Vivo serves Italian food doesn't mean the dishes are intricate: DiBattista doesn't like to tamper with simple, tasty ingredients; however, he does enjoy occasionally giving classic dishes a makeover—like subbing in another meat to provide a new flavor and texture.

"I'm not totally against things that are old-school—everyone starts at the beginning and learns the techniques they [eventually] rely on," he says, mentioning his first experience in the kitchen, which took place more than 30 years ago and helped shape his culinary techniques.

Before opening each day, DiBattista and his team check out available ingredients and discuss possible preparations; after testing a few concoctions, the evening's menu is decided, just before opening the doors to patrons.

"I'd hate to be the restaurant that people come to for [a certain dish]," he says. "It's my hope that patrons come for the style of the restaurant and the staff."

>>foodfind
Sinobi to Go puts spin on an American staple
With all that’s been “occupying” Market Square recently, you might have missed the opening of one of its new eateries, Sinobi to Go.

This takeout version of the popular Sinobi HQ restaurant offers diners a variety of Asian and Asian-fusion options that can be enjoyed on the go. Everything from traditional sushi favorites—like California and yellowtail rolls—to more unique options, such as the Asia dog, are available on the menu, which was developed by executive chef Imsub Lee.

What’s an Asia dog, you ask? Well it’s exactly what one might expect: an American hot dog topped with a far-East kick. The all-beef franks are served up with any number of unique toppings—like Korean barbecue brisket or minced chili pork—and are accompanied by a helping of kimchi, a spicy Korean cabbage dish.

If you’re having trouble deciding, we recommend the Bulgogi Festival topped with sweet teriyaki sauce ($3, each; $5, two).

>>simplerecipe
Use locally grown apples in spiced applesauce
Inspired by the flavors of chutney, this applesauce pairs well with grilled or roasted poultry.

Bring the mixture to a boil, reduce heat, cover and simmer for 30 minutes. Remove the pieces of onion and ginger and discard.

Over low heat, add two tablespoons of brown sugar to the mixture and stir, uncovered, for several more minutes (until completely thickened). Allow the mixture to cool and store in an airtight container. Makes approximately one cup.

This article appears in the October 2011 issue of Eat Street.
Categories: PGHeats