Fans can view a piece of the Pittsburgh legend at the Heinz History Center this fall. 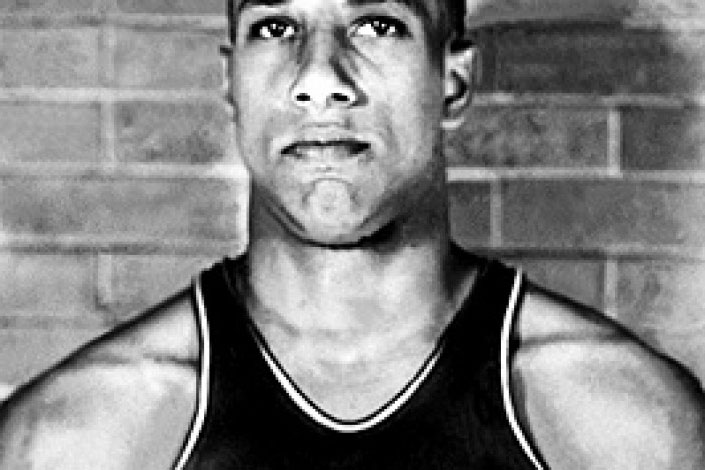 Basketball fans will soon have a chance to visit a relic of the legendary Pittsburgh trailblazer Chuck Cooper.

A new display case, located within The Western Pennsylvania Sports Museum at the Sen. John Heinz History Center, will feature Cooper’s uniform from the 1950 NCAA All-American game, alongside a series of photos documenting his career.

As a result of conservationist efforts from the Smithsonian Institution in Washington, D.C., the preserved uniform will allow future generations to appreciate Cooper’s legacy.

The tribute coincides with Cooper’s induction into the Naismith Memorial Basketball Hall of Fame in Springfield, Mass. this past weekend — a testament to his achievements both on the court and off.

The Pittsburgh native experienced a meteoric rise that began at Westinghouse High School, where he led the Bulldogs to Pittsburgh’s City League championship. Cooper then advanced to Duquesne University, where he cemented his all-star status by making two appearances in the National Invitational Tournament.

In 1950, Cooper officially made history. As a second round draft pick by the Boston Celtics, he became the first African-American drafted by the National Basketball Association.

Following a six-year NBA career, Cooper’s Pittsburgh roots brought him home again. He went on to serve on Pittsburgh’s school board and later became the city’s first African-American department head as director of Parks and Recreation.

Rick Sebak reflected on Cooper’s life in legacy in the September issue of Pittsburgh Magazine; read more about the Duquesne trailblazer here.

This article appears in the September 2019 issue of The 412.
Categories: Sports, The 412
Tags: Chuck Cooper