Plus, Hines Ward has been using Head & Shoulders.

This is what happens when a reporter asks a preposterous, leading question to the baddest man in professional football:

Thanks to Mike Tunison (@xmasape) for the video.

Hines Ward showed up to media day with hair. A lot of hair. Someone’s been mooching Troy’s Head & Shoulders Volumizer. 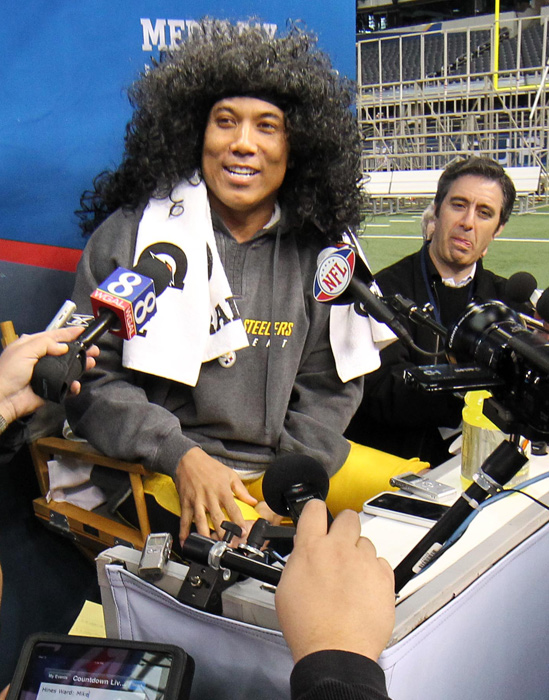 The look on that reporter’s face in the background is unreal. Ward looks like the lead singer in a Korean Bon Jovi cover band.

Thanks to @si_vault for the pic.

And finally, I introduce to you, THE BEARDAMALU. Gaze upon it. Fear it. Love it. 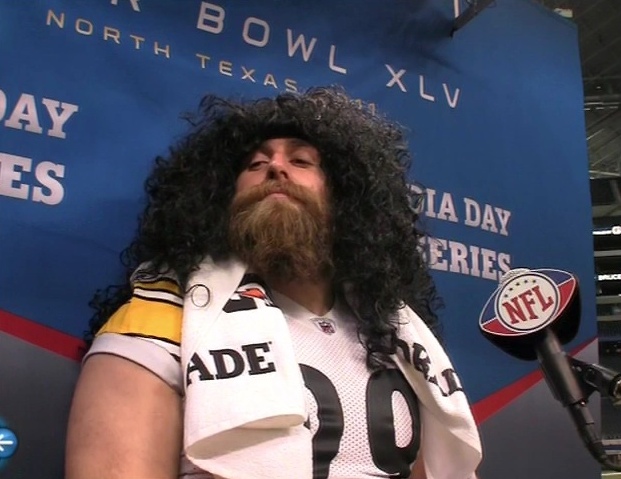