This month: The history behind the "Lion Attacking a Dromedary" diorama at the Carnegie Museum of History and feeding the toucans at the National Aviary. 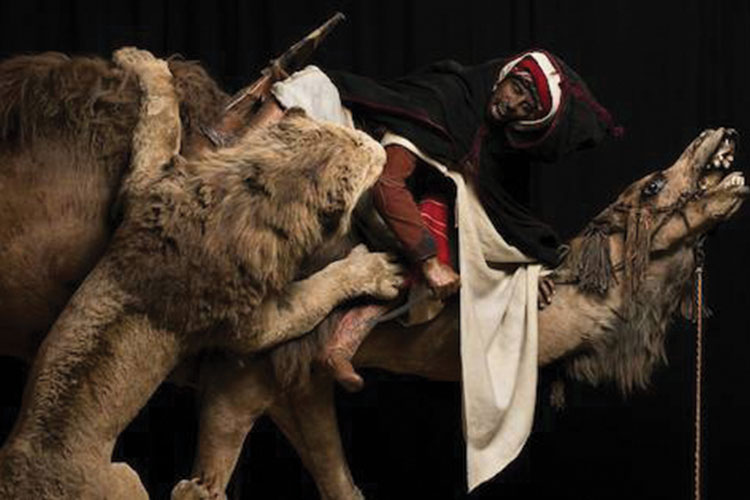 The life-size diorama “Lion Attacking a Dromedary,” which depicts a courier atop a camel fending off an attack from two Barbary lions, has been among the most striking pieces of the Carnegie Museum of Natural History (carnegiemnh.org) collection for more than a century.

After a detailed restoration, the diorama — which contains taxidermied animals, including purported specimens of the extinct Barbary lion (DNA samples are ongoing) — now is located in a more prominent location near the museum entrance.

If your experience with toucans doesn’t go much farther than cereal boxes, head to the National Aviary (aviary.org).

As part of a new interactive feeding, you can greet an aracari — one of the world’s smallest species of toucan, native to South and Central America — daily at noon and 3 p.m.; observing the feeding is free with admission, while participating is $5.

The aracari will fly up to perch on your palm as trainers feed it bits of blueberry, banana, papaya, and grapes. You may get to meet Isabelle (Izzy), Beatrice (Bea) or Carmen; a fourth aracari, Curley, is in training.

“It’s a great way for guests of all ages to come in and interact with birds to build an appreciation for them — and want to protect the environment they come from,” education trainer Jamie Travitz says.

The birds, which weigh “a little less than a hamburger,” are light enough to sit on a child’s hand — “They’re a fun-sized bird” — but the encounter is open to anyone who wants a dose of cuteness. —Kim Rooney