Hamilcar Rashed wasn’t even on the team when training camp started. But he’s on the verge of securing a significant roster spot, making a name for himself and honoring a historic namesake in the process. 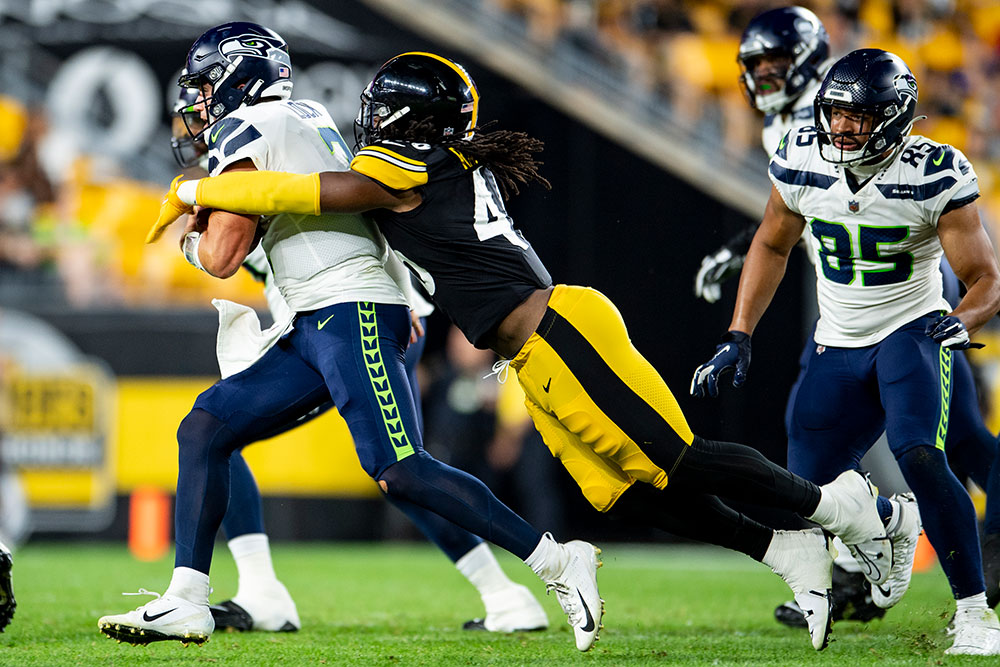 It’s safe to assume anyone contemplating a “Final 53” at the outset of Steelers training camp didn’t have outside linebacker Hamilcar Rashed on the season-opening roster.

Rashed was employed by the New York Jets in late July.

But he’s here now – Rashed’s Steelers tenure dates all the way back to Aug. 11 – and he seemingly has designs on sticking around.

That being the case, it’s appropriate to get a few things straight.

The proper pronunciation of his name, for starters.

There’s a story behind that, which isn’t surprising given the story Rashed has been writing ever since he was claimed by the Steelers off waivers from the Jets.

“It’s named after Hamilcar Barca, Carthaginian general,” he continued. “Pretty much he was an African general or something like that. He was a warrior, pretty much, so I feel like I’ve been named after a warrior and I gotta prove that every day.”

The proving has gotten easier to do this week.

Rashed was given snaps with the first-team defense on Monday in the spot normally occupied by Alex Highsmith, who continues convalescing in the wake of a rib injury sustained prior to the preseason opener against Seattle.

It was a significant opportunity for Rashed, who had gone undrafted out of Oregon State in the spring of 2021 and was already practicing with his second team in the summer of 2022. 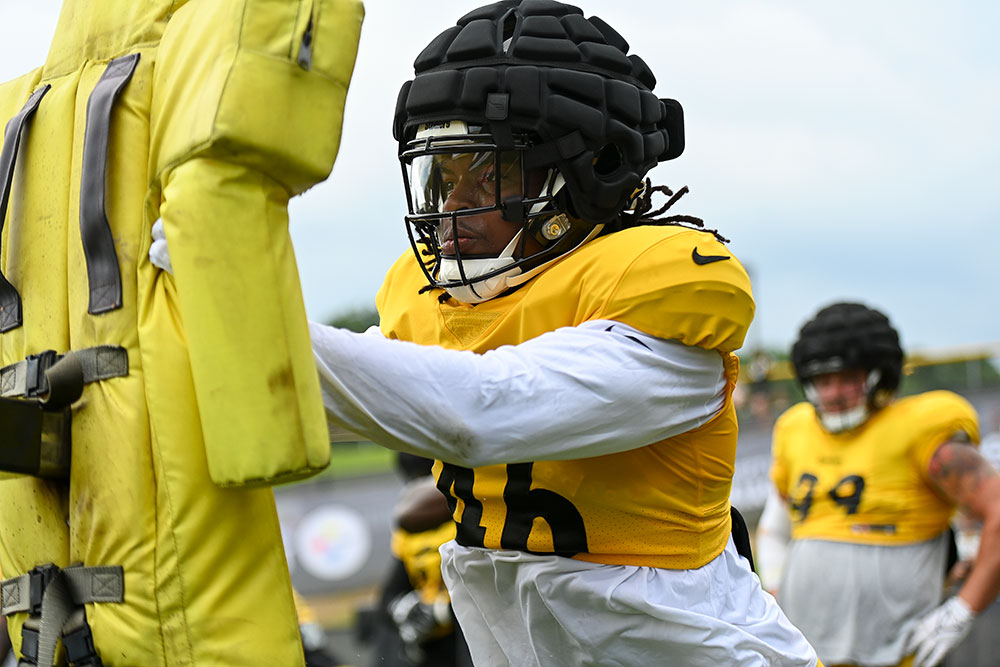 Head coach Mike Tomlin apparently wanted Rashed to understand there might not be another.

“At the beginning of practice when I was warming up he was like, ‘You’re gonna go run with the No. 1s and you’re either gonna poop down your leg or you’re gonna rise up to the occasion,’” Rashed said.

The Steelers’ surprising release of veteran outside linebacker Genard Avery, their only proven commodity in reserve at the position, on Tuesday suggests Rashed may well have avoided the former and accomplished the latter.

He was back with the first-team unit again on Wednesday and is apparently in line to start Sunday’s preseason finale against the Lions.

What the Steelers need to see before the regular-season opener on Sept. 11 at Cincinnati is a third outside linebacker they can trust.

And someone has to be available if needed in the event of an injury at the position.

Melvin Ingram was supposed to be that guy a season ago, and he was until he decided he wanted to be somewhere else, somewhere where he could be more than just a rotational player and trusted backup.

Rashed simply wants to make the team and remains unfazed by just how unlikely an occurrence his actually doing so would become.

NFL stories don’t get any better in August.

“Just keep working, put your head down and keep working,” Rashed maintained. “The big thing is coming in and reminding myself I play outside linebacker. I’ve done this before. I know how to play football. It’s keeping that confidence in myself and giving the coaches what they want.”

Should they see that on Sunday, one other correction may ultimately prove necessary.

Rashed’s full name is actually “Hamilcar Rashed Jr.,” but the Steelers’ roster has yet to acknowledge such a designation.

“My dad’s named Hamilcar, too, I’m the junior,” Rashed said. “They just didn’t put it there. “We’re gonna have to fix that.”

Why The Pittsburgh Pirates' Forgettable Season Won't Soon Be Forgotten

Pittsburgh Steelers Win By Refusing to Lose in Debut