Think you're passionate about the black and gold? Wait until you meet Ron and Denny. 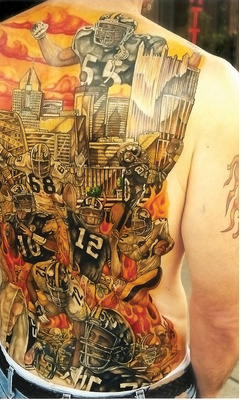 In sports terms, “fan” is short for “fanatic,” and who better to illustrate this month’s “Ultimate Fan Guide” than two of our city’s finest. Ron Vergerio and Denny DeLuca were recently named among “The Craziest Sports Fans Ever” on BleacherReport.com. This list is the gold standard of fandom, and these sports aficionados make Pittsburgh proud.

If pain is a measure of adoration, Springdale native Vergerio is the most faithful fan of all — he bleeds for the Black and Gold. Since 1999, Vergerio has spent more than 200 hours getting inked. Across his back, chest, arms and legs are Steeler greats past and present.

“After my second tattoo, I was hooked,” he says. Vergerio credits Chris Blick, owner of American Tattoo in Verona, for his Steeler-themed tats. “Chris is a creative visionary. He’s a huge Steelers fan, and his passion for the team comes through in his art.”

In 2010, DeLuca’s epic Steelers shrine, packed with decades of memorabilia, was moved from his basement and reconstructed as part of “Whatever It Takes,” a six-month art exhibit at Carnegie Mellon’s Miller Gallery. 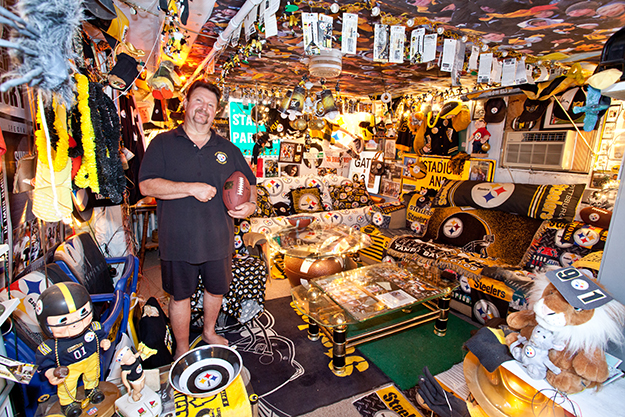 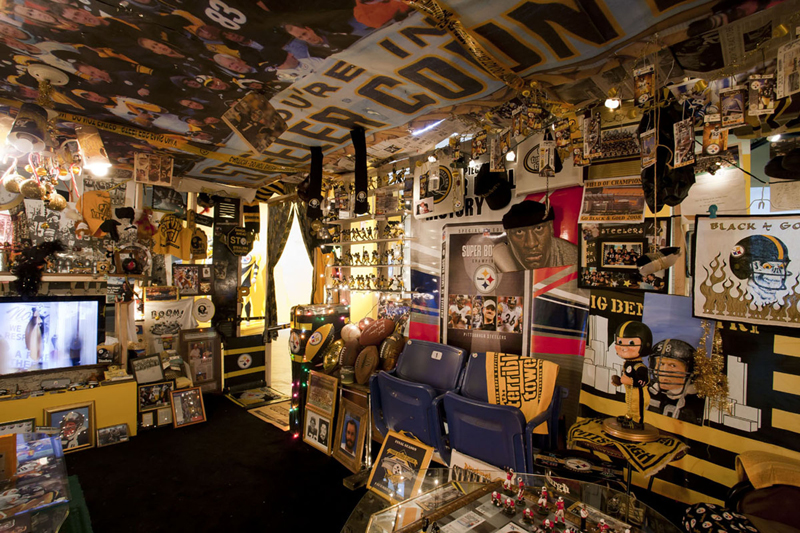 “No ceiling, floor or wall is visible in my basement,” says DeLuca. “And there’s very little that is bought. Everything in the collection has a sentimental meaning. There’s a story behind each item.”

This article appears in the August 2012 issue of Pittsburgh Magazine.
Categories: Sports