Why our dining critic thinks dumplings might be his ultimate comfort food. 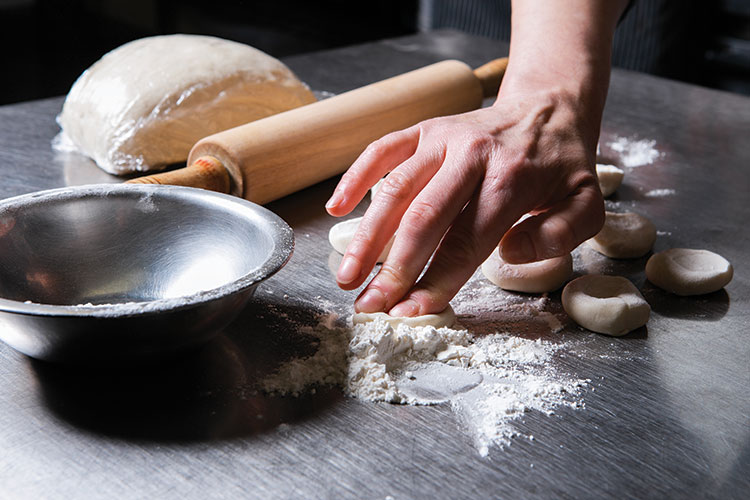 When I was a child, I was a shamefully picky eater. A plate of dumplings, because I didn’t know what was stuffed inside, was a weighty proposition. In some cases, there was comfort in a dumpling; in many cases, there was terror in a dumpling. I would eat a cheese ravioli whole because I knew what was inside of it but wouldn’t move my fork for a spinach-stuffed one. Much to the embarrassment of my parents, I’d cast a wonton filling from its wrapper because I didn’t know what was mixed into the meat — and then eat the naked wrapper.

My idea of how to approach a dumpling evolved. Now, with all due respect to perfect pizza and the mighty hamburger, the dumpling for me reigns supreme among comfort foods. With their chewy wrappers and juicy fillings of savory meats, seafood, vegetables or broth, they’re both novel and nostalgic — and they’re enjoyed across cultures.

I remember the first time I tried a soup dumpling. It was 2002, and I was living in New York City performing Shakespeare, children’s theater and strange, avant-garde musicals in rundown West Village theaters. I also was awakening as a gastronome, throwing off the shackles of annoyingly picky eating. Embracing the soup dumpling was a gateway to good gastronomy. 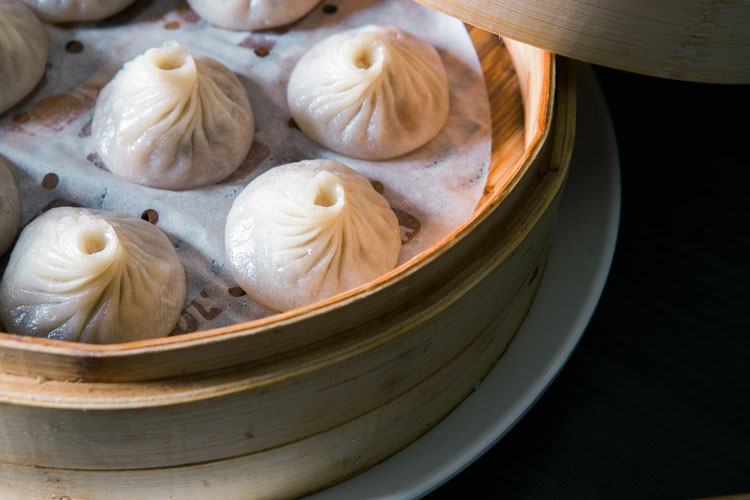 I went with a group of friends to Joe’s Shanghai on Main Street in Flushing, a part of Queens where my culinary memories were forged by eating as often as I could at Amore Pizza in the Pathmark Plaza; big dinners cooked by my Aunt Arlene, a Jewish woman who turned Italian in the kitchen; and my Grandpa Benji lovingly force-feeding my brother and me cantaloupe and honeydew in the Mitchell Gardens apartment where my dad grew up. I didn’t care much for honeydew.

This Flushing was different. A world of eateries with roasted duck, barbecued spare ribs and sautéed snow-pea shoots, one of the first greens I came to like. And this soup dumpling — it was unlike anything else. I remember the server lifting the bamboo steamer, nine perfectly crimped purses revealed in humid, slightly sour fog. I remember clumsily using chopsticks to labor one to a spoon, awkwardly piercing the side of its chewy shell with my teeth. I sucked too hard, whoops, the fatty broth singeing my tongue. I got better at it as the evening went on, ordering a second batch and learning how to pour just the right amount of black vinegar to cut the richness of the pork and broth.

Even now, when I return to New York as a hungry eater looking to explore as much as I can, I still make time for Joe’s Shanghai and a round of soup dumplings. Today, I don’t want to know what’s in the dumpling before I eat it. I want to relish the surprise and embrace the unknown.

The dumpling is a culinary tradition; communities from Pittsburgh to Tokyo are loyal to their dumplings. At the same time, I love their versatility; sure, most local permutations have a set series of mixtures, but you really can stuff it with just about anything you have around the house. The dumpling is commonwealth; dumplings are best when they are made together. 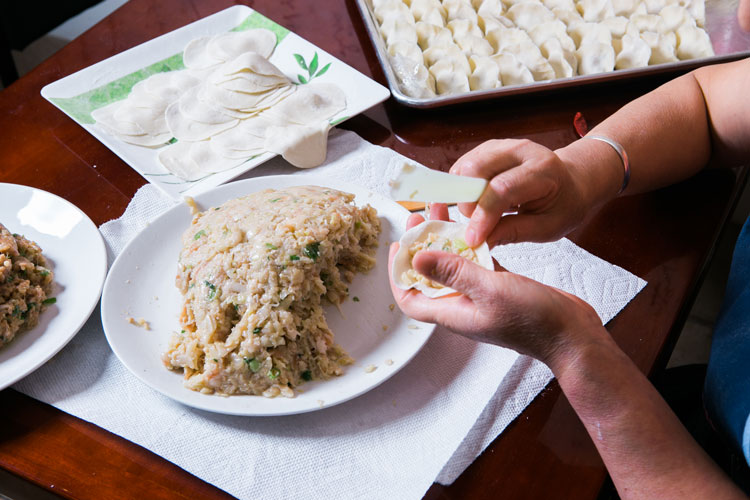 “They’re these little gift packets, and even if you know what the filling is, each dumpling you eat is a new experience all over again,” says Andrea Nguyen, a James Beard award-winning writer and the author of “Asian Dumplings: Mastering Gyoza, Spring Rolls, Samosas, and More.”

It doesn’t take a lot of training to learn how to make a dumpling, and its ingredients are inexpensive. Unless you’re preparing them for a restaurant, you can delight in the irregularities and imperfections of forming them.

“They don’t require special equipment. You do it mostly with your hands. They can be small children’s hands or an older person’s hands. All you need is a glass to cut out the shapes,” says Beth Kracklauer, the Pittsburgh-based food and drinks editor of the Wall Street Journal’s Off-Duty section.

Preparing a dumpling is a tactile experience. Sticky hands combine flour and water, the lump gradually becoming Play-Doh as the ingredients incorporate, followed by feeling the satisfaction of stretchiness as the dough is kneaded into a smooth mass. “It’s repetitive. It’s meditative,” says Nguyen. 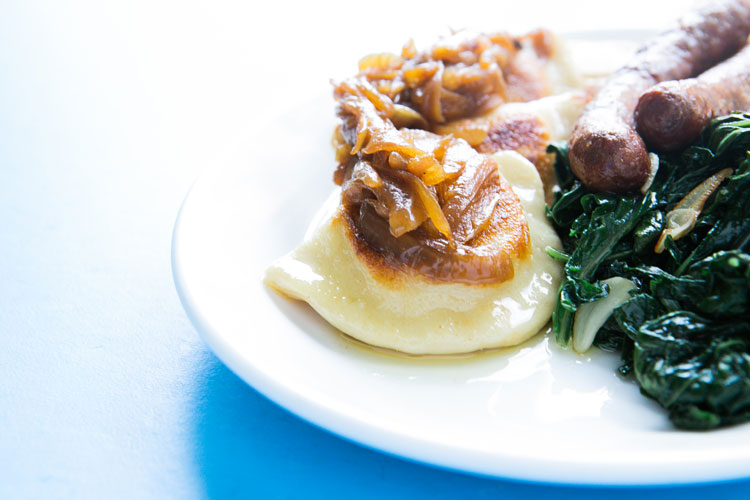 When I moved to Pittsburgh eight years ago, I found comfort in another dumpling — the pierogi. One of my first food memories here was eating a large plate of them from Gosia’s pierogi stand at the now-shuttered Thursday farmers market in Bloomfield. I was feeling very lonely — the soup dumpling awakening I’d had years ago in New York was part of a series of experiences that pushed me toward Pittsburgh and a master’s degree in Food Studies — but that also left me alone in a new city. The pull of the doughy skin finished crisp in butter and the comfort of lush potato and cheese filling, all topped with slow-melted onions, helped, at least for a moment, to put me at ease.

This article appears in the August 2018 issue of Pittsburgh Magazine.
Categories: Eat + Drink Features, From the Magazine, Hot Reads