We’re about to find out if that late-game meltdown in Denver last week was an aberration or a revelation. 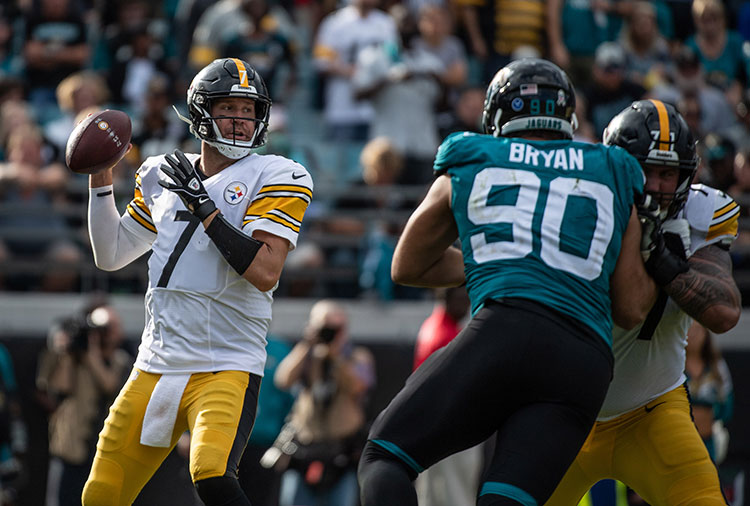 Their 1-2-1 start was disheartening, the level of play they attained during their subsequent six-game winning streak was inspirational, and what happened in Denver was downright perplexing.

We’re about to find out who the Steelers really are, and if they’re truly ready for prime time.

Sunday night’s hosting of the Chargers on “Football Night in America” commences a stretch run that will measure how the Steelers stack up against three of the NFL’s best.

The games against the Chargers, the Patriots (Dec. 16) and at the Saints (Dec. 23) will establish not whether the Steelers are playoff caliber (the AFC North Division standings have already done that), but instead whether they’ll have any reason to believe come January.

Last Sunday’s 24-17 loss to the Broncos offered more of what we’ve seen all season, arguments for and against the Steelers’ legitimacy.

They’re better than anticipated on defense; the run defense is too leaky.

These are the contradictions that come up in conversation when you out-gain a team 527-308, as the Steelers did against the Broncos, but still find a way to come up 2 yards short.

It was the same path the Steelers had successfully navigated in Jacksonville and Cincinnati, trailing late and having to drive the ball and beat the clock and the defense to win (or in this case potentially extend) the game.

It’s when the Steelers should be at their best.

We’re about to find out if that late-game meltdown was an aberration or a revelation.

The Steelers might find themselves in a similar situation against the Chargers, Patriots and Saints. The degree of difficulty associated with beating any one of those three teams suggests the Steelers’ best-laid plan might well involve having the ball last.

Better that than watching Philip Rivers, Tom Brady or Drew Brees have the last laugh.

With the weapons at their disposal and with Roethlisberger calling the shots, the Steelers are built for such moments.

They’re constructed to thrive when a game is on the line.​

Roethlisberger was certain they were going to in Denver.

“You couldn’t have told me we weren’t going to score there.”

Should it come to that again, Roethlisberger would be every inch as confident.

And as difficult as such situations are to manage, there are worse things upon which the Steelers could hang their hat.

Given their circumstances and what they’ll be up against, “Take Your Chances with Ben at the End” is their best-case scenario heading into December and beyond.

“Obviously, you’d like to be up by 14 and not have to worry about it. But if you’re going to have a chance to go win a football game give it to me, I love it.”