This Pittsburgh couple allowed their guests to eat, drink and be scary as they celebrated the spirits of the season at their Halloween themed wedding. 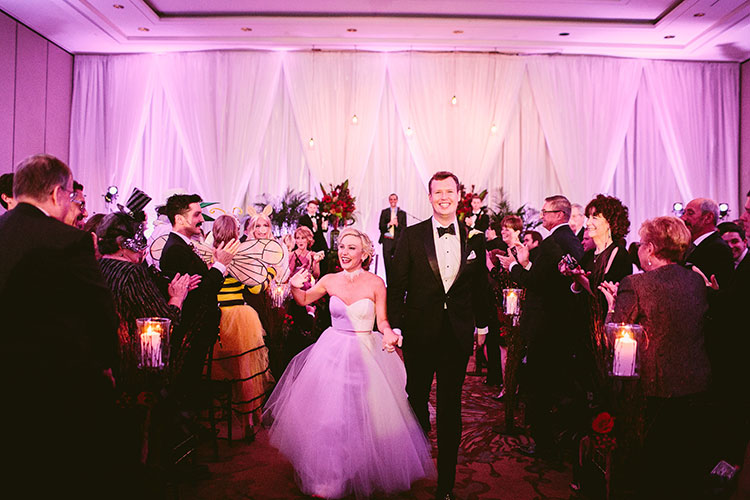 Maggie Carr and Billy Hepfinger’s relationship began when Maggie was nominated for Best Actress at the Gene Kelly Awards in high school and Billy was announcing the winners. After Maggie lost, Billy approached her after she left the stage.

Maggie remembers him saying, “Hey, I’m sorry you lost, but could I get your number?”

The couple stayed together until they went to college, then they re-met after they graduated. Five years later, they threw a Halloween themed wedding on Sunday at the Westin Convention Center Pittsburgh Hotel, Downtown. 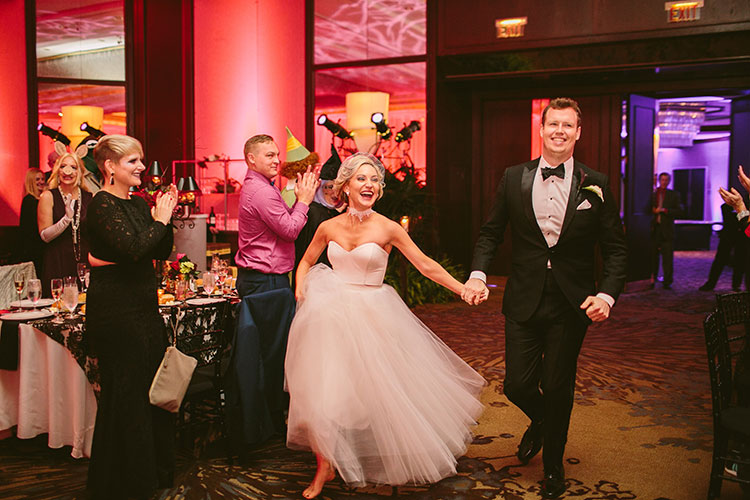 The idea came from Maggie’s love of horror films and all things scary. Her aunt, who owns eVents by Vickie Violi, suggested that the couple have a Halloween wedding. Maggie says that she didn’t think that that was an option, and she thought that Billy would say no to the idea. She was surprised when he agreed to it, and they decided to go all out and ask their guests to dress up in costumes.

“I was walking down the aisle, and I saw Kermit the Frog, Willy Wonka, and Alice from Alice in Wonderland,” Maggie says. 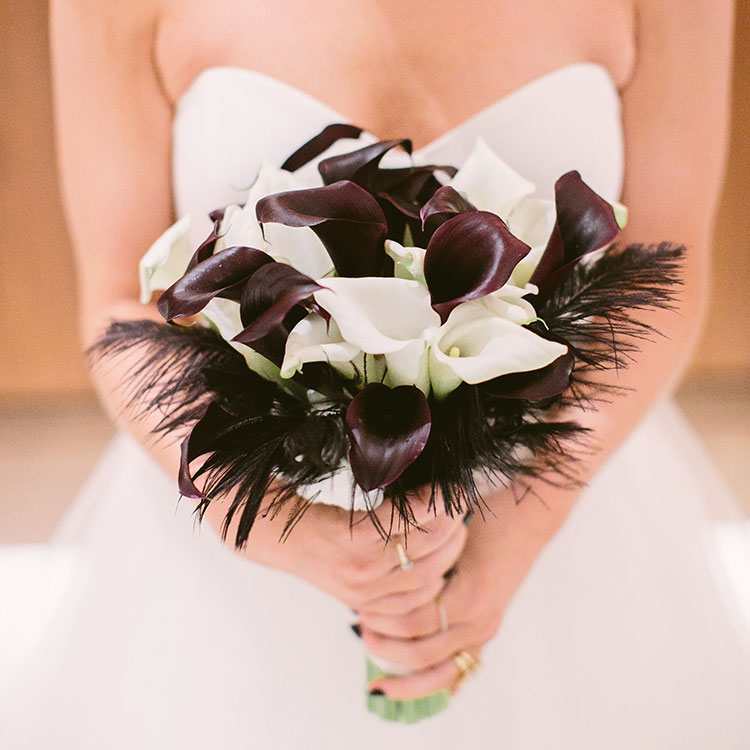 Seeing all of the costumes was one of Maggie’s favorite parts of the day, and while she and Billy didn’t dress up, they enjoyed the creativity that their guests showed. 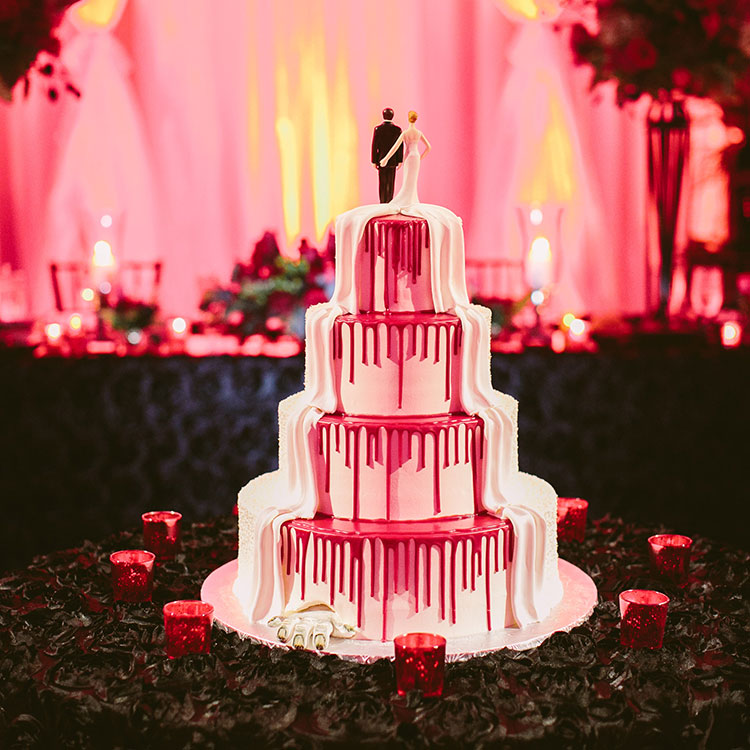 Aside from the costumes, Maggie and Billy incorporated the Halloween theme into their cake and their decorations. Their cake was white in the front, but on the other side it was decorated to look bloody with zombie hands coming out of it. The room was decorated with red and orange uplighting, and their flowers were half-wilted roses placed in dark vases. Throughout the room, there were candles and crows to round out the theme.

Maggie says that while their wedding was very non-traditional, one of the few traditions they did stick with was the lighting of a unity candle. The mothers of the bride and groom lit the unity candle while “Sunrise, Sunset” from “Fiddler on the Roof” played in the background. The lighting of the unity candle with that song was a time-honored tradition for Billy’s family, as his mother and his grandmother had the candle and the song at their weddings.

All of the guests seemed to enjoy the day’s festivities, which made it that much more special for the new bride and groom. 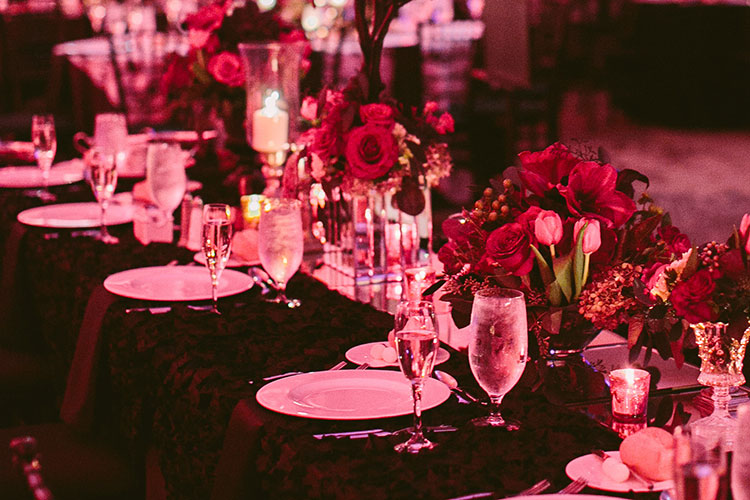