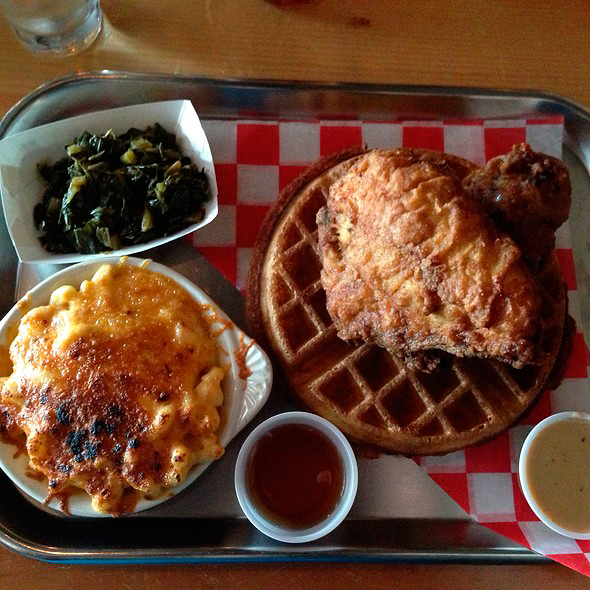 Photo by Kov via Foodspotting

To the rest of the country, we're just a bunch of simple folks who like putting fries on everything — including salads and sandwiches. Though Travel + Leisure notes that in its "America's Best Mac and Cheese" article, it couldn't deny that one of our chefs in particular has a way with noodles and cheese.

, one of our go-tos for Sunday brunch (photographed above) and cornbread, was called out in T+L's lineup of 23 U.S. spots offering heavenly bowls of elbow mac bathed in Gruyere, cheddar, Gouda and other cheesy combinations. If you have yet to try the acclaimed dish, prepared by famed chef Kevin Sousa and company, don't confuse it for anything close to Easy Mac. T+L raved about the meat-eater's version with blue cheese and brisket — but we swear the vegetarian-friendly offering is just as delicious.

Not even five months have passed since Jamie Wallace announced that he was shuttering beloved Ethopian spot Abay this summer. Today, he had another important message: Alma Pan-Latin Kitchen, his Regent Square eatery with a globetrotting menu, is now on the market.

Bummer, we know. But his motivation for selling Alma is admirable — and in line with his reasoning for closing Abay: Wallace, a family man, wants to spend time with those he loves … in sunny Latin America. Through Nov. 3, it will be business as usual for Wallace and his crew, but after that, it's up to the right bidder to take the establishment as it is and continue in the same tradition. The plan is for Alma to be sold in its entirety, according to a Facebook post from Wallace, who will move to Costa Rica for one year.

While we're glad that Alma is not down and out, we'll miss Wallace's passion for good food and community involvement.