The home and garden tour in the historic planned garden community in the heart of Mt. Washington takes place next week. 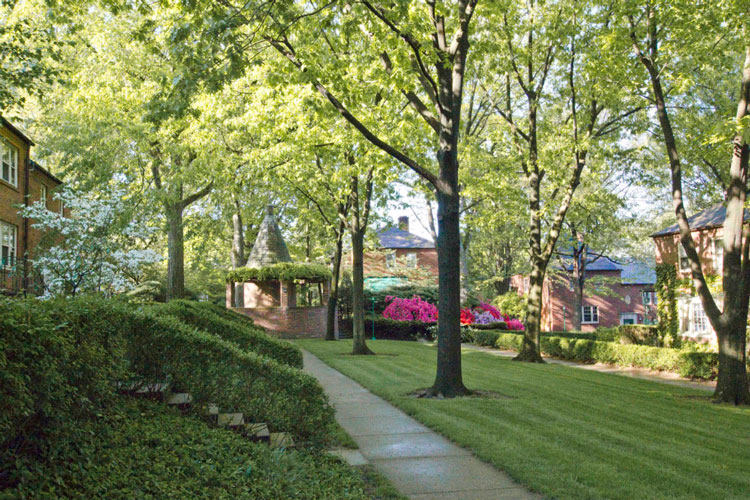 High atop Mt. Washington, and bordered by the hustle and bustle that comes with city living, there is an unexpected green space, one that resembles an English country village

Built in 1932 as part of the garden city movement, a method of planning used to create “greenbelts” in urban locations, Chatham Village contains close to 30 acres of natural woodland.

The village also is home to 218 one, two, three and four-bedroom redbrick townhouses built in the Georgian Colonial Revival style and carefully arranged around five lush main courtyards that, as a result, make it easy to forget you’re only blocks from Grandview Avenue with a view of Downtown.

Today known as one of America’s best-preserved planned garden communities, Chatham Village was designated a National Historic Landmark in 2005.

The village itself, which bills itself as Pittsburgh’s “best kept secret” (the sidewalk community only is accessible through private roads connecting to Virginia Avenue), typically is a quiet, unobtrusive community.

However, later this month, Chatham Village will open its doors for a home and garden tour.

Tickets are $30 in advance and $35 on the tour date. The event also includes a presentation by architect, historian and Chatham Village resident David Vater on the community’s history.

The talk takes place at Chatham Hall. Formerly known as Bigham House, and once home to abolitionist lawyer Thomas Bigham, the home was built in 1844 and has been renovated into the community’s clubhouse.

For more information, or for tickets, visit here.