Your 10 best bets in Pittsburgh this August. 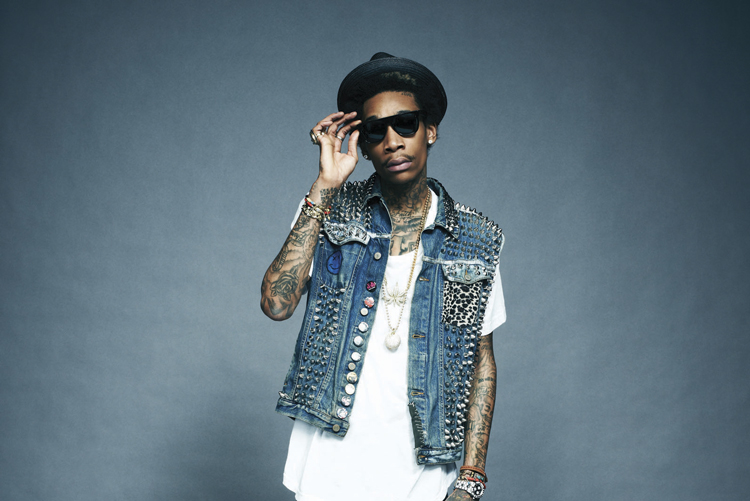 Aug. 1
With every new track, Wiz Khalifa acts more victorious. His 2007 debut single “Pittsburgh Sound” declared soulful ambition. His 2010 breakout hit “Black and Yellow” was a cinematic battle cry. Recent release “We Dem Boyz” is a catalogue of conquests, proclaimed in an electronic wheeze over stuttering drums. He brings songs from his new album “Blacc Hollywood,” plus special guests, to the First Niagara Pavilion as part of his Under the Influence of Music Tour.

Aug. 1
Jerry Grcevich often is the only one contributing sounds to Jerry Grcevich Tamburitza Orchestra recordings. The Turtle Creek native has mastered all five instruments of the ensemble and occasionally records every part in an arrangement. Performing live, he plays the prim and is considered a premier practitioner of the six-stringed Croatian instrument. The orchestra makes a homecoming for First Fridays at the Frick, presented by First Niagara.

Aug. 2-3
2013 was the 250th anniversary of the Battle of Bushy Run. Now is a fine time to visit the fields and forests where British forces fought an Indian confederacy for control of present-day western Pennsylvania — all the history, fewer crowds. The 251st Anniversary of the Battle of Bushy Run includes re-enactments of the two battles in August 1763 that set the stage for the incorporation of Pittsburgh. It also involves 18th-century military encampments and period craftspeople.

Aug. 2-3
The 3,225-acre Lake Arthur is the gem of Moraine State Park in Butler County and an underappreciated western Pennsylvania asset. The 16th annual Regatta at Lake Arthur provides an opportunity to explore the man-made lake with a triathlon, paddleboat championship and geocaching competition as well as concerts. The weekend festivities also include two very different aerial displays: fireworks Saturday night and a native butterfly release Sunday morning.

July 30-Aug. 3
Paradoxically, dinosaurs mark human progress. The more advanced we become, the better we get at recreating these extinct giants. First we pieced together excavated skeletons for museums. Then we made the “Jurassic Park” trilogy. Now we have “Walking With Dinosaurs: The Arena Spectacular.” Spawned from a successful BBC documentary, the $20 million stage show will bring life-size animatronic dinosaurs — including T-Rex, Stegosaurus and the flying Ornithocheirus — to the Consol Energy Center.

Aug. 3
When real-estate deals pushed the Beaver County Humane Society from its longtime home in 2012, the group saw an opportunity. It opened a more spacious shelter with improved facilities and a veterinary clinic. To raise money for ongoing operations, the organization will play host to the third Barks and Brews. Held at the Bradys Run Park Lodge, the afternoon shindig includes music, food, beer and raffles. Dogs, of course, are welcome.

Aug. 8-9
With podcasts, live storytelling events such as The Moth and serialized TV shows ingested in weekend-long binges, we are living through a heyday of yarn spinning not seen since the ancient campfires. The two-day Three Rivers Storytelling Festival is a celebration of the tales and those who tell them. The event includes an evening of stories recounted by national tellers, a night of ghost stories and plenty of workshops on Friday.

Aug. 16
In 2012, RANT Lawrenceville concentrated the musical talent of Pittsburgh into a single neighborhood, and thousands flocked to Butler Street to attend a series of shows. Standing for “Rock All Night Tour,” the event wasn’t entirely rock, nor was it an all-nighter; it really wasn’t a tour either. But it was a big success: Last year, organizers doubled the number of participating bands and venues, and they plan to expand again for this year’s festivities.

Aug. 21-23
The nonprofit Comedy Arts Pittsburgh will hold the three-day Pittsburgh Comedy Festival: Comedy N’at showcase at the Henry Heymann Theatre. Local and national stand-up comedians and improv troupes will take the stage. While the performances are the main highlight, the festival also includes workshops and panel discussions.

Aug. 21-24
For years, Little Italy Days was a three-day September event. Last year, promoter Sal Richetti was looking to raise the profile and profitability of Bloomfield’s signature festival, so he added an extra day and moved the revelry to August. Highlights still include classics — such as a bocce ball tournament, cannoli and pizza stands — and throwback musical acts. Richetti says he intends to increase children’s programming this year.