The best things to do in Pittsburgh in February. 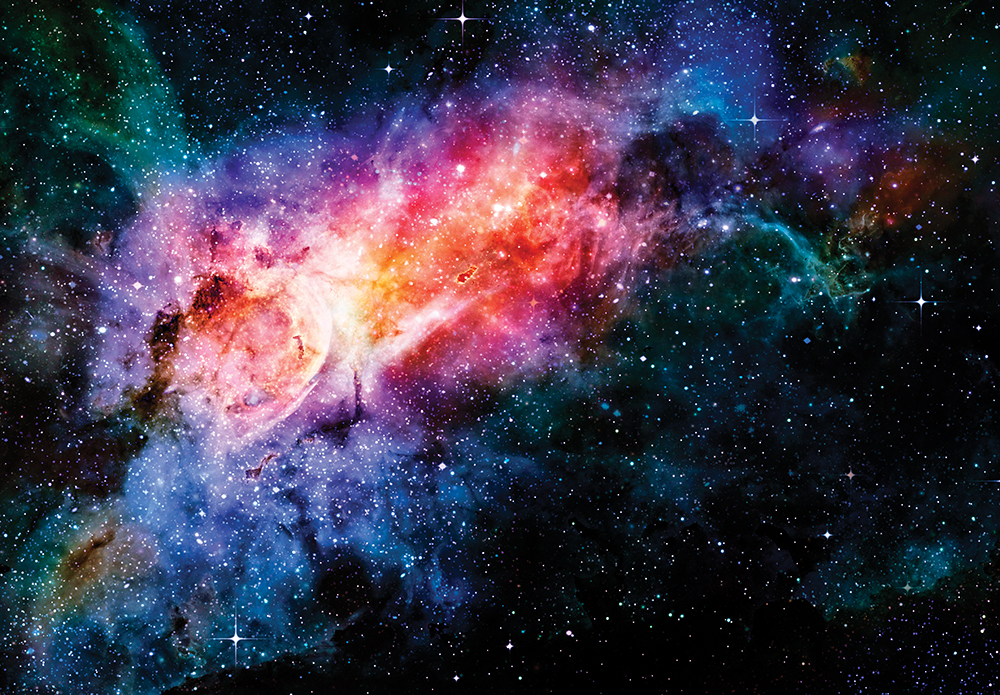 Seeing Stars
Daily
Before IMAX, there was the good ol’ planetarium. With its domed ceiling and network of projectors, the planetarium is a visual journey through the Milky Way. At the Carnegie Science Center, you can learn about the relationship between our revolving Earth and the ever-changing night sky, along with factoids about stars, galaxies and distant planets, at the Henry H. Buhl Planetarium, where shows are scheduled daily. In the middle of a frigid winter, this visual tutorial is the perfect way to commune with the cosmos.

Good Chi
Feb. 1-3
When it comes to Chinese performing arts, think big. Consisting of 20 vignettes over two-and-one-half hours, Shen Yun is a leviathan tribute to East-Asian dance and culture. Each presentation uses elaborate costumes, traditional instruments, breathtaking backdrops and complex movement to illustrate folk tales and history largely unknown in the West. Shen Yun arrives in Pittsburgh to wow audiences with its army of artists and choreographers. If we’re lucky, this year’s show will feature an erhu, China’s haunting answer to the violin.

Sharp Lit
Feb. 4
If you’ve read the book The Immortal Life of Henrietta Lacks, you already know that Lacks was a poor African-American woman whose cells became vital to scientific research — causing heartache among her surviving family. Author Rebecca Skloot talks about her breakthrough nonfiction book at the Monday Night Lecture Series. Skloot shares the stage with David “Sonny” Lacks, Henrietta’s son, and fields questions from the audience. Cellular science doesn’t get more riveting than this.

Bad Habit
Feb. 5-10
Deloris Van Cartier wasn’t exactly born to be a nun. She lives in Reno, she’s living in sin with a gangster and when she witnesses a cold-blooded murder, Deloris has to enter the Witness Protection Program. But when Deloris ends up in a struggling Philadelphia abbey, she starts to see the light — and even Mother Superior learns to loosen up. Based on the 1992 comedy, Sister Act is an ecumenical romp, thanks to original songs by Glenn Slater and Alan Menken. Catch this touring production, courtesy of PNC Broadway Across America.

Space Opera
Feb. 7
If you’re not familiar with Coheed & Cambria, rest assured that it’s not an ordinary punk band. Every record is actually a concept album that tells an elaborate science fiction saga known as The Amory Wars — and it’s nothing like Pinball Wizard. Based in New York, Coheed & Cambria has performed since the 1990s, and if you like your music loud, heady and emotional, these are the guys for you. They play Stage AE for a one-night engagement. And if you’re hoping to catch up on their story, track down a copy of The Amory Wars book or graphic novel, both created by lead singer Claudio Sanchez.

Eat It Up
Feb. 8
He’s big, energetic and still looks like a teenager. Yet 48-year-old John Pinette has been cracking up audiences with his food-obsessed antics since the 1980s. Half his touring shows have been named after epicurean themes (Show Me the Buffet, I’m Starvin’), and his latest, Still Hungry, is on the same track. Famous for his dead-on impersonations and side-career in cameos, Pinette arrives in Pittsburgh with a full night of new material. Bring a healthy appetite — for laughter.

El Cine Chistoso
Feb. 9
“What is ¡Amigos Live!,” you ask? If you love classic comedy, you surely know ¡Three Amigos!, the 1986 film starring Steve Martin, Chevy Chase and Martin Short. The premise: Three silent-film stars are mistaken as actual gunfighters, and they must defend a dusty town from the deadly El Guapo. Well, nobody loves the movie more than filmmaker Orion Czarnecki, who’s making a documentary about voracious Amigos fans. ¡Amigos Live! is a special performance at the New Hazlett Theater, including (a) a rock-based tribute to the ¡Three Amigos! soundtrack, (b) the mariachi stylings of Miguel’s Mariachi Fiesta and (c) excerpts from Czarnecki’s film (plus other surprises). You won’t find a more unique show all month. Arriba!

Let Me Count the Ways
Feb. 9
Ever since its founding a few years ago, Handmade Arcade became the hippest art fair in Pittsburgh. It roves around the city, sets up shop and sells everything from homemade jewelry to hand-stitched clothing. Now, with the Handmade Valentines workshop, you can craft your own cards: Show some love with stamps, paint, artisanal paper and strands of decorative string. This special collaboration between Handmade Arcade’s I Made It! Market artists and the Pittsburgh Cultural Trust will afford you the chance to create a one-of-a-kind Valentine, a heartfelt alternative to Hallmark and e-cards.

Thou Swell
Feb. 22-26
Sometimes, even opera stars like to let their hair down. They may boast the most powerful voices in the city, but the Pittsburgh Opera singers also like to have fun — hence Cabaret 2013, a celebration of Broadway standards and show tunes. In place of gigantic sets and heavy tragedy, you’ll find vaudevillian wit and razzle-dazzle. Instead of soaring arias, you’ll hear novelty songs with hilarious surprises. This old-school cabaret show is a chance to catch Pittsburgh Opera’s resident artists in action.

Forever Young
Feb. 23
No matter your age, some things are timeless fun. Example: petting zoos. Another example: karaoke. A third? Moon bounces. For 10-plus years, Kidapalooza has entertained and enlightened kids of all ages — plus quite a few adults — and this sprawling family festival specializes in such evergreen pleasures. The David L. Lawrence Convention Center transforms into a wonderland of games, crafts and live performances.