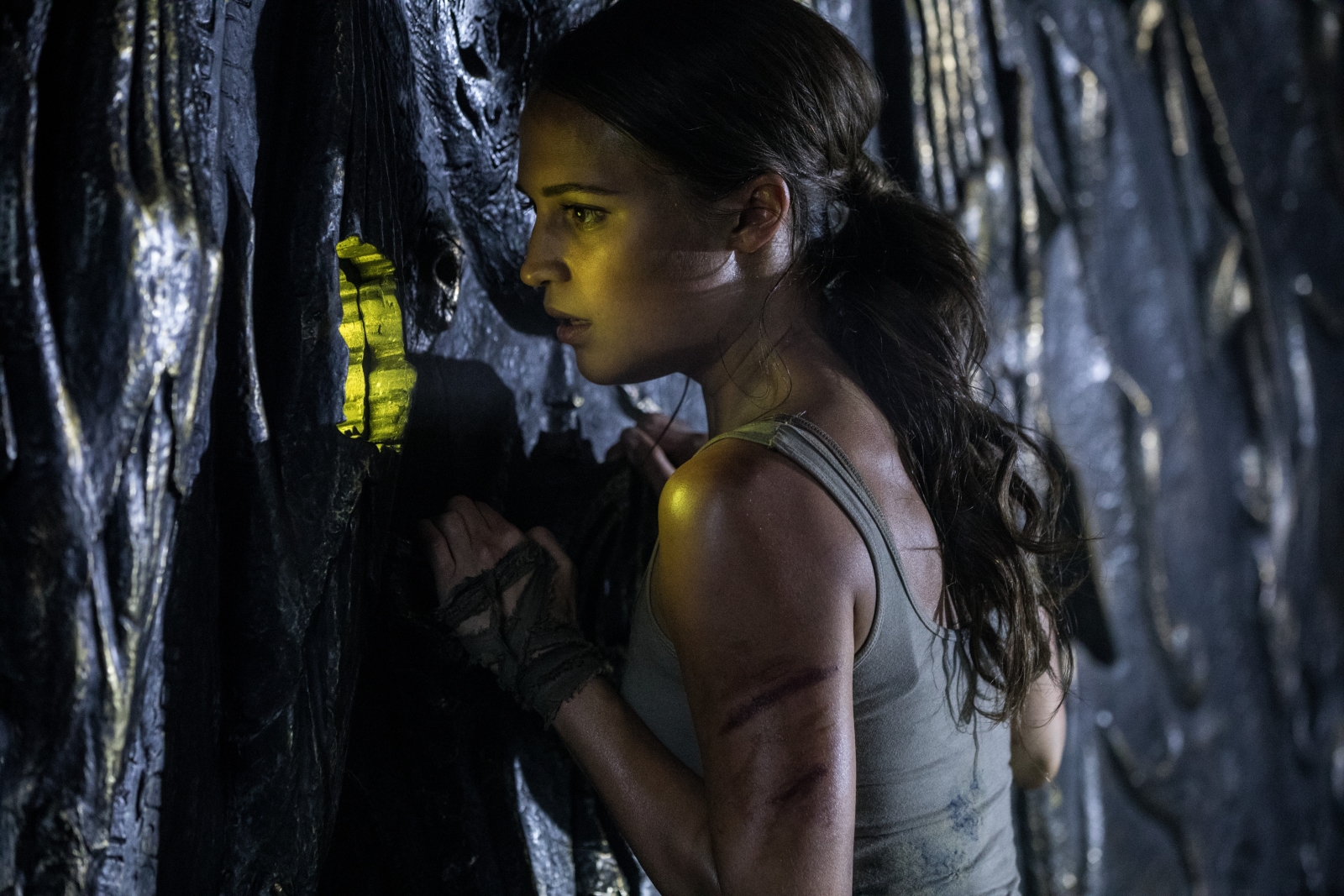 Now who the hell thought this was a good idea?

The two “Tomb Raider” movies starring Angelina Jolie were successful, if utterly forgettable, products of the early 2000s: The video-game character Lara Croft was only a few years removed from becoming a sensation on the original PlayStation console and Jolie was on the cusp of superstardom. Big-screen, tentpole action had no delusions of grandeur; inoffensive, down-the-middle romps resulted.

Today, the “Tomb Raider” brand is not exactly a cultural powerhouse; while recent installments in the game series have been well-received, it has been 20 years since Croft was an interactive icon. So I have no idea why hit-and-miss British studio GK Films, partnering with Warner Bros. and MGM, thought it was high time to bring the aging raider of tombs back to cinemas.

I am further confused as to why Alicia Vikander — a fine actress indeed, but nothing of an action star — was brought in to take on the lead role.

We meet Croft living an unremarkable life as a London bike courier; her finance-mogul father disappeared seven years before and his company would like her to assume ownership of his many assets so they can press on. A series of clues reveals that he had a thing for amateur archeology, however, and Lara takes off for Hong Kong, determined to follow his trail.

That will take her to a remote island populated by a paramilitary … you know what, I’m even bored remembering what happens.

It takes a great deal of time for any tombs to actually get raided; when we finally do get to the Indiana Jane action that should be the meat and potatoes of this film, the plot has been clouded with a series of dumb reveals and a shadowy criminal organization. Much of the time is spent sowing the seeds for sequels I pray will never be made.

Vikander and co-stars Walton Goggins and Dominic West try hard in spite of the dreadful material — the written-by-committee script couldn’t be much worse — and Norwegian director Roar Uthaug seems to be at a complete loss. This “Tomb Raider” is an utter mess; let’s just hope it goes away quickly and isn’t heard from again.

“Love, Simon” — which briefly brought actual tears to my jaded, jaded eyes — is a wildly impressive movie, reminding us once again that genuine emotion and unironic honesty remains the realm of young-adult narratives. There is a 21st-century canon of teen-focused films that rival any other in terms of nuance and maturity (movies like “The Way Way Back,” “The Spectacular Now” and, yes, “The Fault in Our Stars”), and “Love, Simon” takes a rightful place among the best of the subgenre.

Based on a book by Becky Albertalli, “Love, Simon” is a coming-out story unafraid to go deep on the complexities and anxieties of adolescent friendship. Simon (Nick Robinson, of “Jurassic World”) knows he’s gay but would rather ride out his senior year of high school in the closet than upend his world. When a classmate finds his (out) correspondence with an anonymous friend, Simon is trapped and deeply, deeply confused.

Director Greg Berlanti draws heartbreaking performances out of his mostly young cast, and the adaptation, by Isaac Aptaker and Elizabeth Berger, crafts Simon as a universally relatable boy-next-door. You’d need a heart of stone not to fall for this flick.

One additional new release hits Pittsburgh screens this weekend, but it’s so forgettable that I’m barely certain I even saw it, so I’ll keep it brief. “7 Days in Entebbe” dramatizes the capture and rescue of Israeli hostages by a revolutionary group in 1976; a small group of German and Palestinian terrorists hijacked a plane and flew it to Uganda under the watch of Idi Amin. The story was dramatized in two star-studded TV movies in the late ’70s, including the Emmy-winning “Raid on Entebbe.” This treatment of the admittedly dramatic tale, however, is dull and plodding; strong-yet-stony performances by Rosamund Pike and Daniel Brühl aren’t enough to overcome a meandering script and a presentational style. It’s not bad so much as it is inconsequential.

I don’t think I need to spend much time recommending “The Wizard of Oz,” as its merits are fairly well established at this point. This sells itself: The 1939 classic will be the first repertory showing at the Rangos Giant Cinema, as the Carnegie Science Center’s dazzling mega-screen offers six showings of “Oz” this weekend only. Judy Garland’s awestruck face reckoning with the full-color world she’s discovered may be cinema’s most enduring image; it has never looked as good as it will this weekend.