Tinder Sparks a Love Match for This Pittsburgh Couple

A swipe right led to a perfect match – and a wedding. 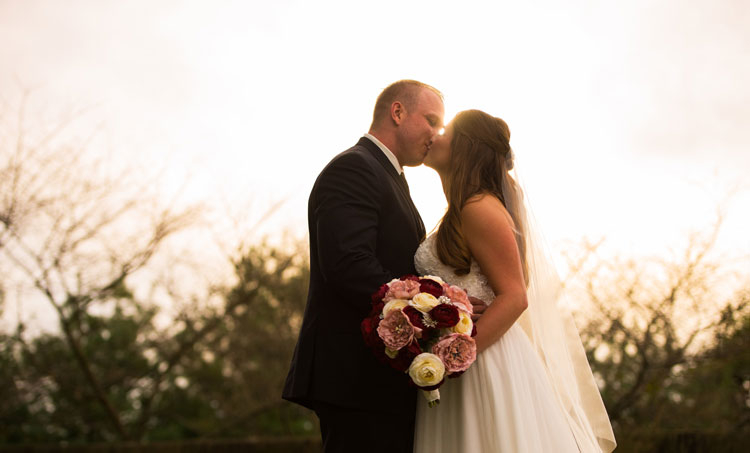 Ariana Kempf made a dating profile on Tinder and stumbled upon Eric Kearch in January 2015. His entertaining profile caught her attention.

“He seemed fun,” says Ariana. “He had a lot of goofy pictures.”

She swiped right, and the app confirmed the two were a match. Ariana messaged Eric first, and their connection led to a meetup at an Applebee’s in Washington, Pa. The distance between the two almost scared them away from meeting, but Eric trekked from Wheeling and Ariana traveled from Pittsburgh to meet somewhere in the middle.

Ariana says Eric was different from what she was expecting — in a good way.

“He was very polite,” says Ariana, and “super easy to talk to.” This surprised her because a lot of the people she met on Tinder were quite the opposite.

“We ended up talking for almost two hours after dinner,” says Ariana. 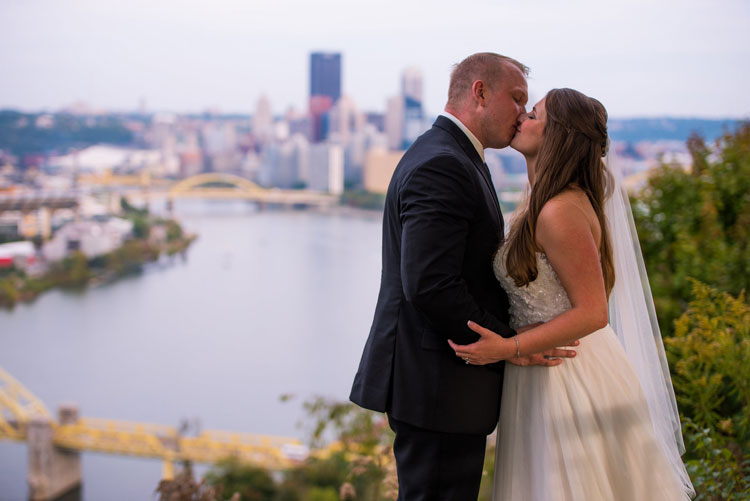 After six months of dating, Eric moved to Pittsburgh for a new job and to be closer to Ariana. The two got engaged in November 2016 at the West End Outlook-Elliott Park, the spot where the couple first said “I love you.”

Eric and Ariana’s Oct. 21 wedding took place at South Side Presbyterian Church and the reception at Clear Story Studios. Eric’s family traveled from Ohio, and Ariana’s family came from Harrisburg to the middleground of Pittsburgh. For Eric and Ariana, it was fun to bring their families together and show off the city.

Now, the couple works on their fixer-upper home Eric bought while they were dating in addition to Eric’s day job as a banker and Ariana’s own work schedule.

“We’re kind of busy,” says Ariana with a laugh.