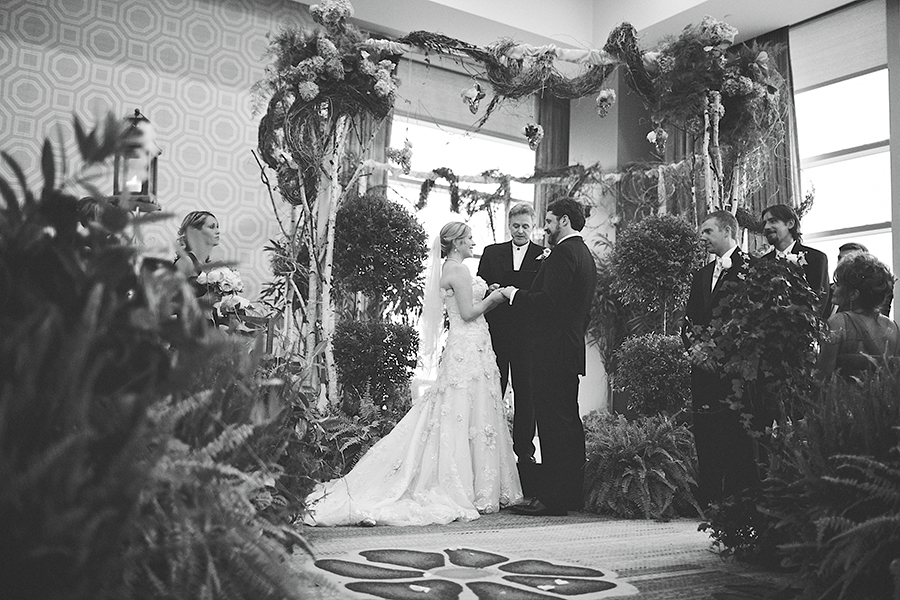 “It’s true when people say, ‘When you know, you know,’” says Tia Bright while describing falling for her husband, Josh Chutz, 36.

The pair met in 2011 at Bites and Brews in Shadyside after much cajoling by a mutual friend, but their flirtation didn’t begin until a couple of weeks later. Tia learned Josh was heading to a three-day Phish music festival, and her interest was piqued.

“I thought, ‘This boy is interesting. I want to know more,’” says Tia, 29, an eligibility coordinator at CDS Administrators. Josh, a Sewickley native, owns Trophy Works. 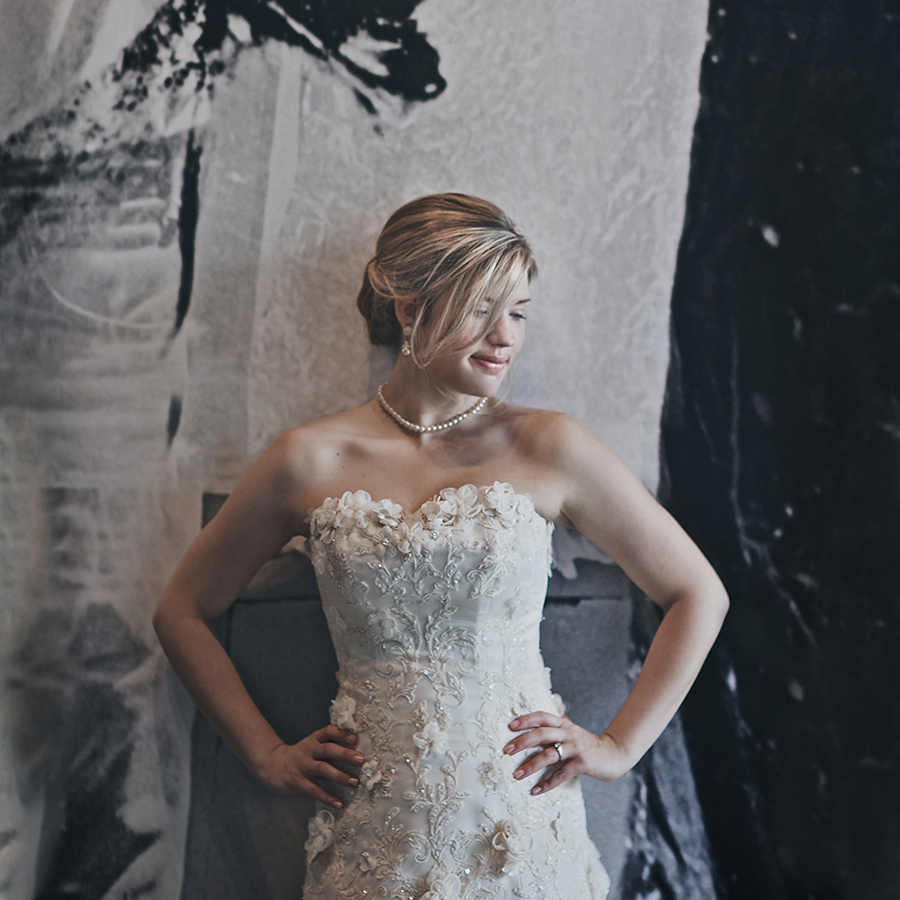 Later, at a party thrown by the same friend who introduced them, Josh asked Tia on a date. She had tickets to see Ray LaMontagne the next week, and after attending the concert together she and Josh became inseparable.

A year later, Josh proposed in the photo booth at The Andy Warhol Museum. 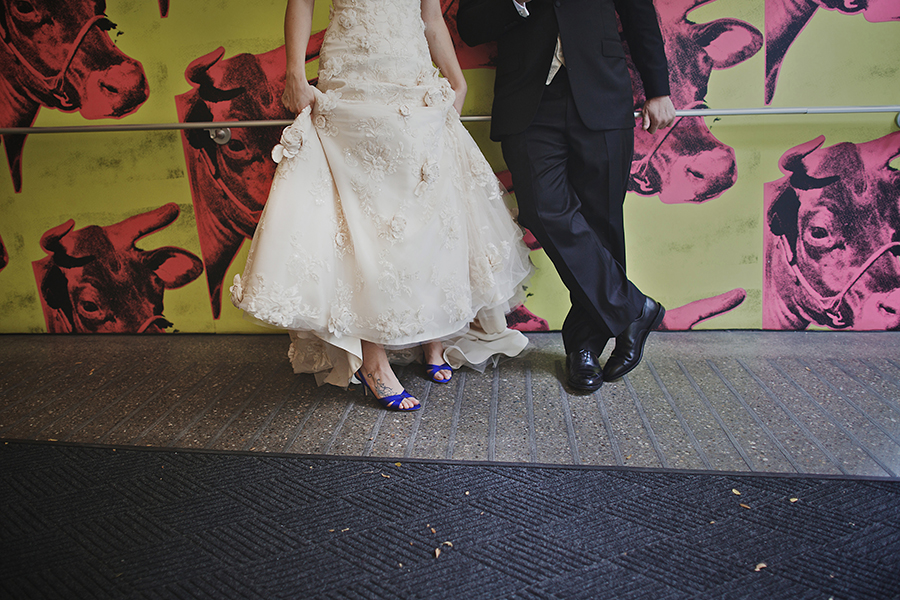 Their shared love of music and the city of Pittsburgh played heavily into the planning of their nuptials at the Fairmont Pittsburgh ballroom. They used bridge motifs on much of their paper goods, as well as a lyric from Bob Dylan’s “Man in Me,” the song they sang the night they fell for each other. The song also accompanied their first dance as husband and wife. 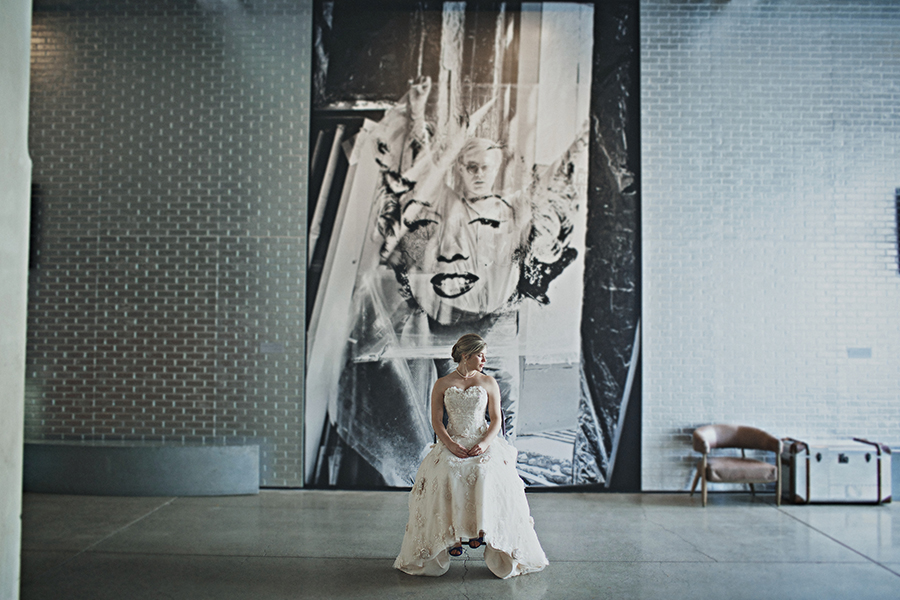 The end of the party included a more singular activity.

“It’s a tradition in my dad’s side of my family to end an event with a sing-a-long to ‘Sitting on the Dock of the Bay,’” says the groom, who now lives with his wife in Shadyside. “At the end of the wedding, I grabbed an acoustic guitar, and Tia and I led everybody in song.” 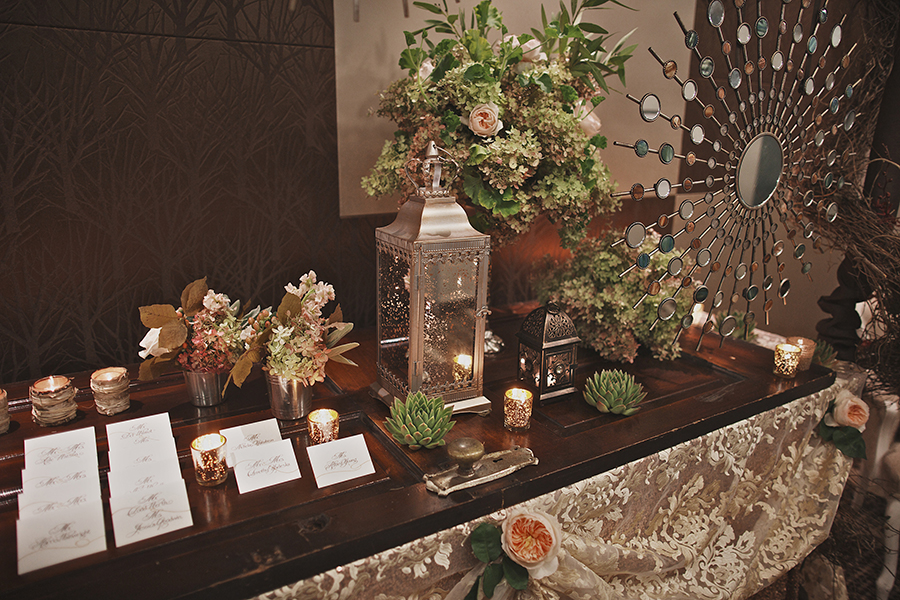 Another favorite memory was taking photographs in Point State Park with The Rubber Duck Project in the background.

“All of these little girls and families kept congratulating us,” Tia remembers. “It was pretty magical.” 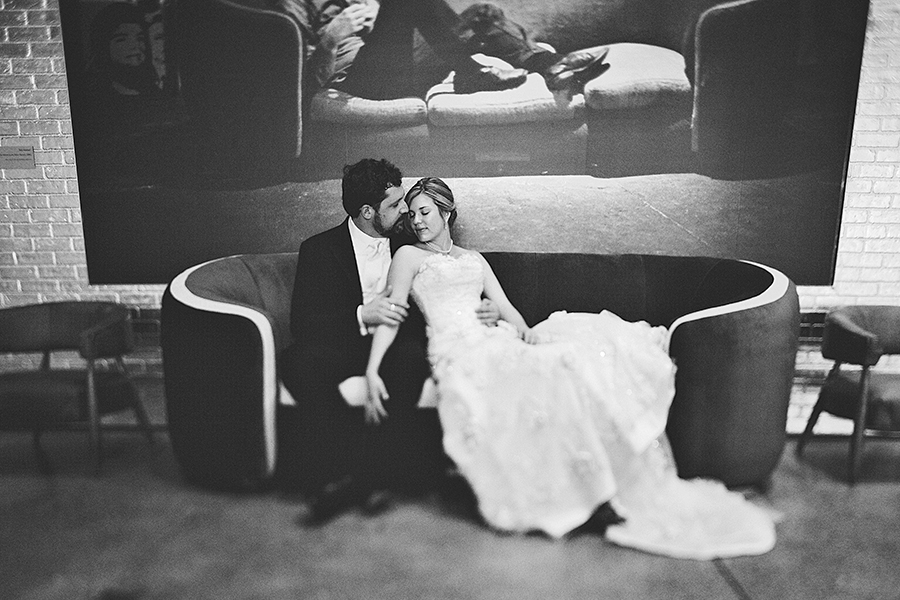