Moby, Portugal the Man will headline the music and innovation festival Sept. 13-14 at Bakery Square. 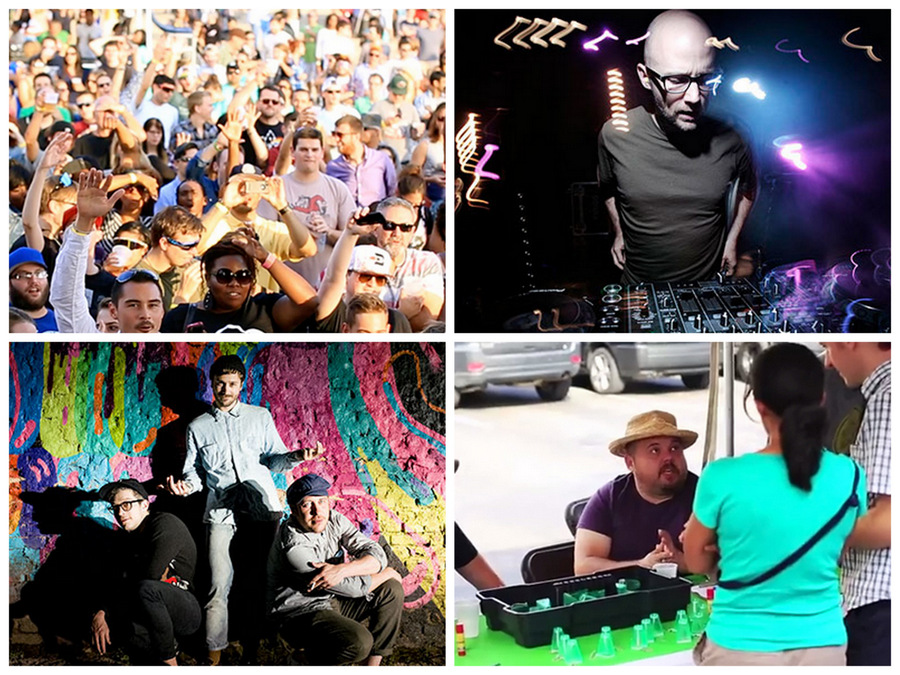 We’re just going to say it for everyone: Coachella officially is overrated. Same goes for Bonnaroo, SXSW and any other corporate-sponsored cultural festival where the name of the game is Pokemoning as many VIP wristbands as humanly possible in order to boost your Internet cred.

Thankfully, the smart folks at Thrill Mill are taking back festivals for real human beings who like to experience fun and enjoyment. Back for its second year, Thrival Festival 2014 will be headlined by Moby and Portugal. the Man at the rapidly expanding Bakery Square 2.0 Sept. 13-14.

Unconvinced? The lineup has something for everybody.

Are you an old-school hip-hop head? Talib Kweli for you!

Do you like EDM? Green Velvet (and his green mohawk) for you!

Do you read Pitchfork? Phosphorescent for you!

And for the perpetually jaded music snob, DJ Z-Trip is coming, too!

But it’s not just about music. Thrival is about bringing together all the people who are making Pittsburgh awesome, including entrepreneurs, coders, social media personalities, makers, bakers — you name it. If you’re a cool person who wants to meet other cool people, learn things and nourish your curiosity, you should probably be there.

Would you like to join us there? You’re in luck, friend! We’re giving you a chance to win a pair of weekend VIP passes, right here, right now.