The break sent a rush of water, two feet deep in some places, through Downtown streets and nearly knocked KDKA-TV off of the air. 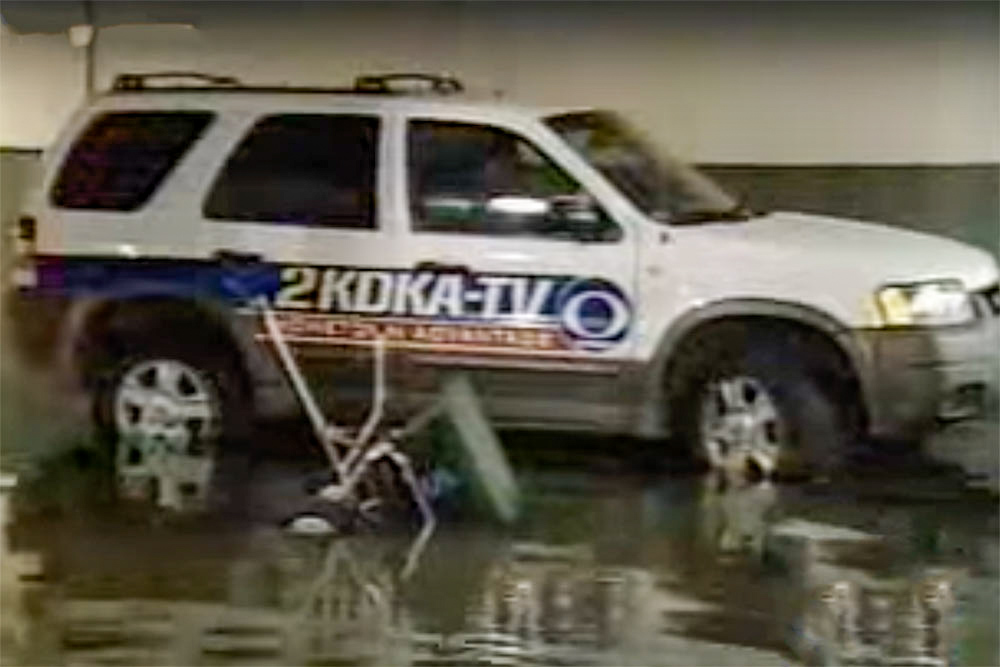 Up to 30 million gallons of water flooded the 600 block of Stanwix Street and Fort Duquesne Boulevard Downtown when a 36-inch water main ruptured 17 years ago this week. The Aug. 17, 2005 break dumped more water on that area of Gateway Center than the floods of 2004 and 1996, according to the Tribune-Review.

Seven thousand people were evacuated from several office buildings, including the 350 residents of Gateway Towers who were without electricity until water could be pumped out of the basement and sub-basement. The building’s circuit box was completely submerged, and more than 200 cars in an underground parking garage were damaged.

The 90-year-old water main had last been repaired in 1986 when its insides were lined with cement.

In the middle of it was KDKA-TV, which managed to stay on the air and tell a big story from outside its front door. ⇓