This Week in Pittsburgh History: The St. Patrick’s Day Flood

The flood is considered one of the region's worst natural disasters. 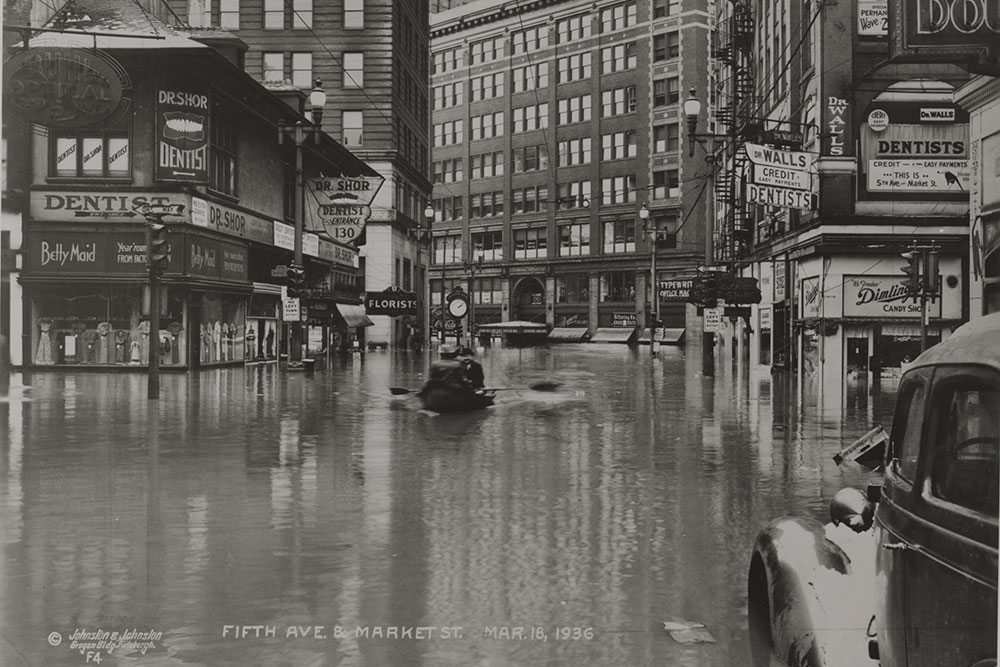 Nearly 2 inches of rain fell in Pittsburgh on March 16, 1936. Combined with melting snow, the rain caused massive flooding; a day later, the Allegheny and Monongahela rivers rose to a peak of 46 feet at the Point, more than 20 feet over flood stage. More than half of the businesses Downtown ended up underwater.

It would be a week before the waters completely receded and by then, 62 people were dead, more than 500 were injured and another 135,000 were homeless.

Pictures of people using boats to navigate Downtown streets got the most attention, but the damage was just as extensive in many small towns along the rivers.

The 1936 Flood Control Act, which authorized the construction of a system of dams and reservoir projects by both the Army Corps of Engineers and riverfront communities, was passed as a result of the tragedy.