This Week in Pittsburgh History: The Most Exciting Game at PNC Park

The National League Wild Card game in 2013 rewarded a raucous crowd with an unforgettable win. Watch the game's pivotal moment. 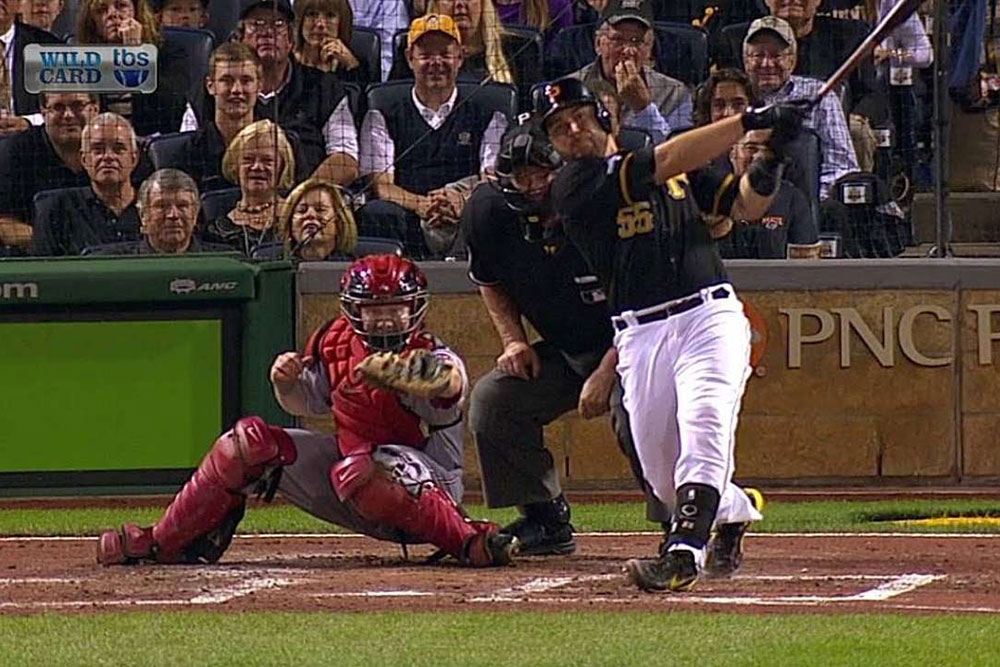 Until the first week of October 2013, post-season baseball had not existed in Pittsburgh for two decades. The Cincinnati Reds came to town for the National League Wild Card game, and the paid attendance that night was 40,487, the largest in PNC Park’s history at that time.

The raucous crowd was engaged in every pitch. Attendees would later recount that it appeared no one left their seats — with little to no lines at concessions stands for those who dared to miss a minute of the action.

The defining moment of the game came in the second inning, when the Pirates’ Marlon Byrd led off with a home run. Doing their best to rattle Reds starting pitcher Johnny Cueto, the crowd began chanting a sing-song “KWAY-toe” taunt. One out later with the chanting reaching an ear-splitting level and Russell Martin at the plate, Cueto inexplicably dropped the ball. For the veteran pitcher, it was all downhill from there.

Cueto served up his next pitch, and Martin sent the ball sailing into the left-center bleachers. The Reds pitcher would never recover and departed an inning later, having allowed four runs on eight hits.

The Pirates went on to win 6-2 to advance in the playoffs, where they fell to the St. Louis Cardinals in five games. The euphoria of the 2013 season cooled after two consecutive Wild Card Game losses in 2014 and 2015.

Since then, as Pirates fans know all too well, it’s only gotten worse, but the warm memories of that October night in 2013 remain.