There are plenty of familiar faces in the movie, including Mike Lange, Paul Steigerwald and several Penguins players. 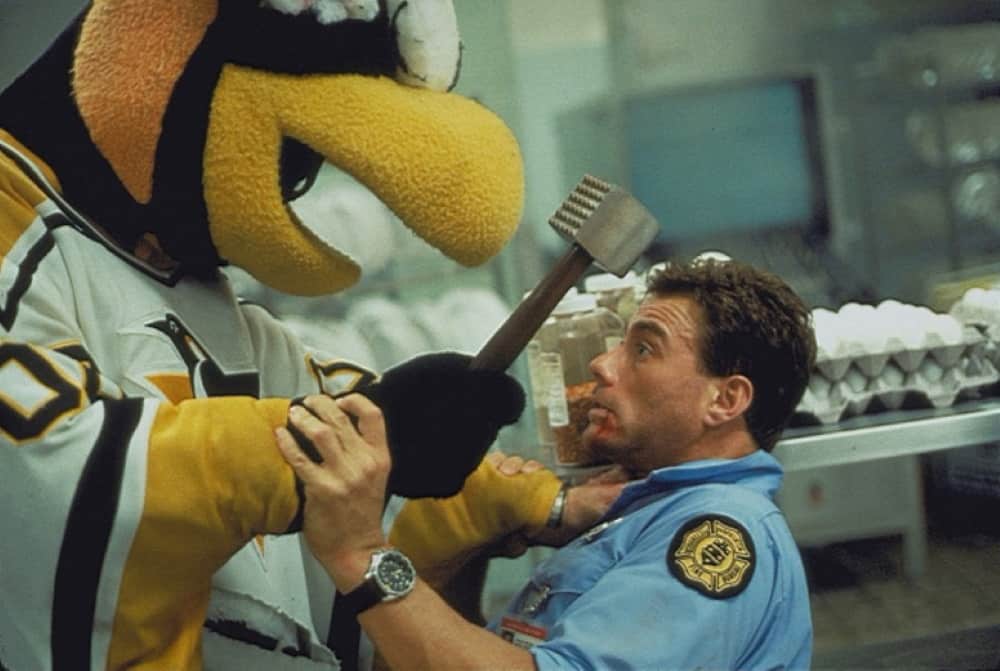 One of the Christmastime releases in theaters the week of December 22, 1995, was “Sudden Death,” set in the Civic Arena and starring Jean-Claude Van Damme and Powers Boothe.

PM Film Critic Sean Collier describes the plot this way: “The Penguins are playing the Blackhawks for the Cup, the Vice President is watching from the owners’ box and the crowd is going wild; unfortunately, a highly trained team of terrorists is planning on holding the veep hostage, with the arena wired to explode. Only a Pittsburgh fire marshal, played by Jean-Claude Van Damme (with a very un-yinzer accent), can save the day.”

There are plenty of familiar faces in the movie, including Mike Lange, Paul Steigerwald and Pens mascot Iceburgh. Howard Baldwin, chairman of the Penguins at the time, was one of the film’s backers.

Filming the final helicopter crash involved hundreds of emergency workers, nine cameras and a 400-foot crane that could pick up and lower the helicopter into the arena.

Critics weren’t blown away by the film, which holds a 50% approval rating on Rotten Tomatoes. At the box office, it finished in eighth place on its opening weekend. The film would eventually gross nearly $64 million worldwide with it being more popular overseas than in the U.S.