At the time, it was the first enclosed shopping mall in Pennsylvania. 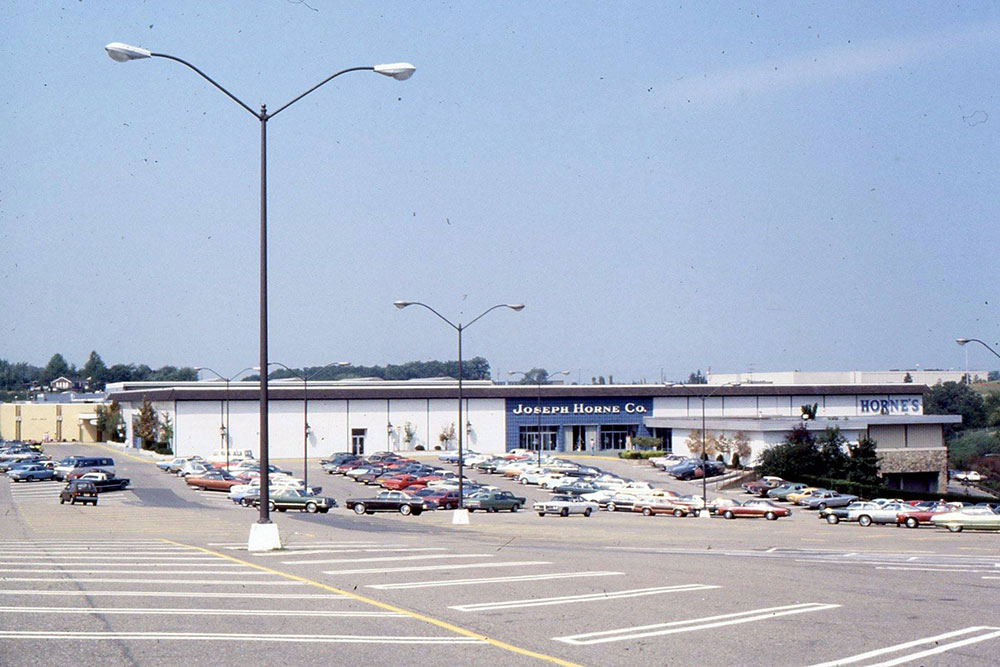 Northway Mall began as a strip mall, known as Northway Shopping Center when it opened in 1953 along McKnight Road in Ross Township. In 1962, the enclosed portion was added above the existing stores, and it reopened as the state’s first enclosed mall on Aug. 1.

It was also the first shopping complex to offer air conditioning and contained one of only three glass-enclosed elevators in the world at the time. On the upper floor was an aviary, affectionately known as the birdcage, which was removed in 1994.

From 1995 to 2012, the mall was bought and sold several times and slowly lost tenants. By October 2014, only a handful of stores remained.

In 2014, a new owner, LRC Realty, announced plans to renovate the mall and rename it The Block Northway. Today, there are more than two dozen tenants open for business. A BJ’s Wholesale Club, located adjacent to the mall on the site of the former Northway Elementary School, opened earlier this year.