The small plane that inaugurated the service now hangs above the entrance to the TSA security gates at Pittsburgh International. 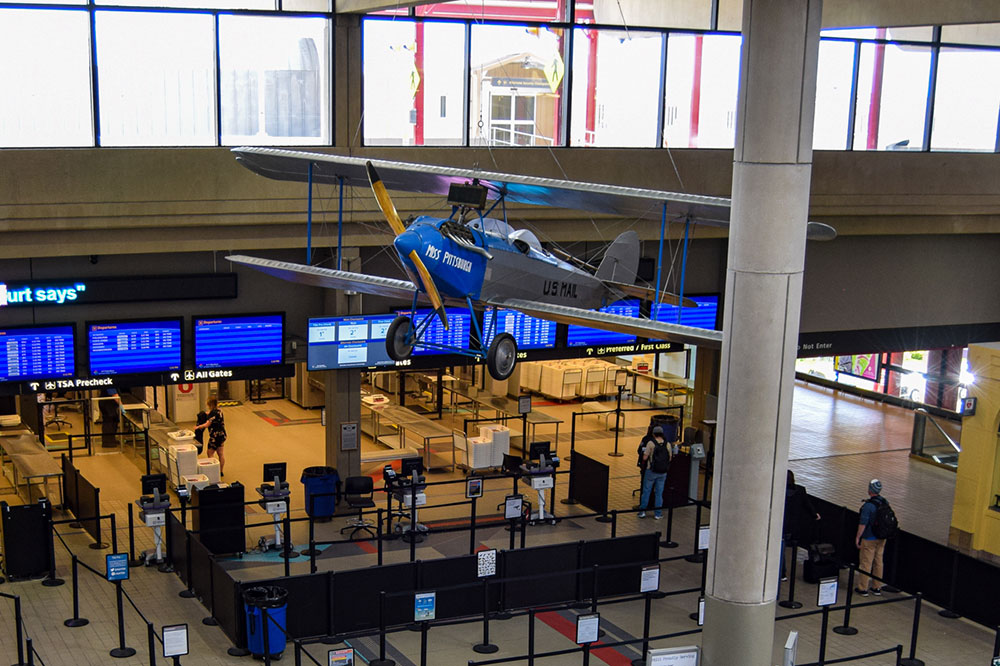 Fifteen years after the Wright Brothers made their famous first flight at Kitty Hawk, North Carolina, the U.S. Postal Service began its first regularly scheduled airmail route between New York and Washington, D.C. Nine years later on April 21, 1927, Miss Pittsburgh took off to deliver its first load of local airmail to Cleveland. The single-engine plane, a Waco 9 with wings made of spruce, could carry up to 800 pounds at a speed of 100 miles per hour at an altitude of no more than 5,000 feet.

Once larger planes began to carry to mail, Miss Pittsburgh was used for advertising in Florida. Its flying days eventually ended and the Pittsburgh Institute of Aeronautics raised money to have the plane returned to Pittsburgh where it was renovated and is now displayed at the landside terminal.