Construction of the tunnels and the Ft. Pitt Bridge were key parts of Pittsburgh's First Renaissance. 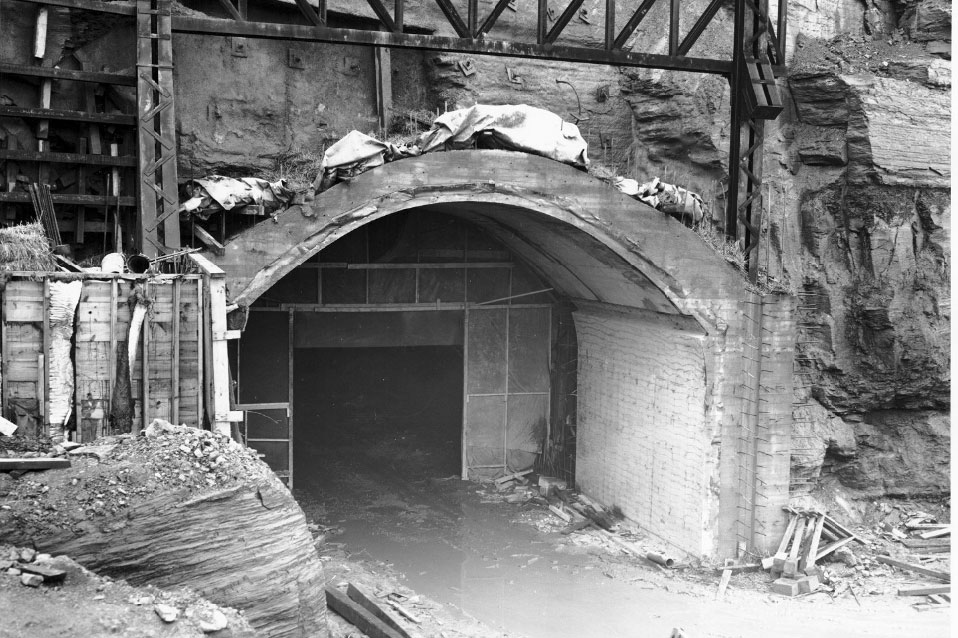 Entering Pittsburgh through the Ft. Pitt Tunnel is iconic. It was once the inspiration for the opening of KDKA-TV newscasts and is an iconic scene in Stephen Chbosky’s novel “The Perks of Being a Wallflower” as well as the subsequent film version.

But it would be impossible without the 3,614-foot Ft. Pitt Tunnels themselves.

Sixty-four years ago this week, workers began drilling two huge portals through the rock at the base of Mount Washington.

Since the entrance from the Parkway West is side-by-side and the exit onto the Ft. Pitt Bridge is stacked, the outbound portal actually rises about 30 feet in elevation. 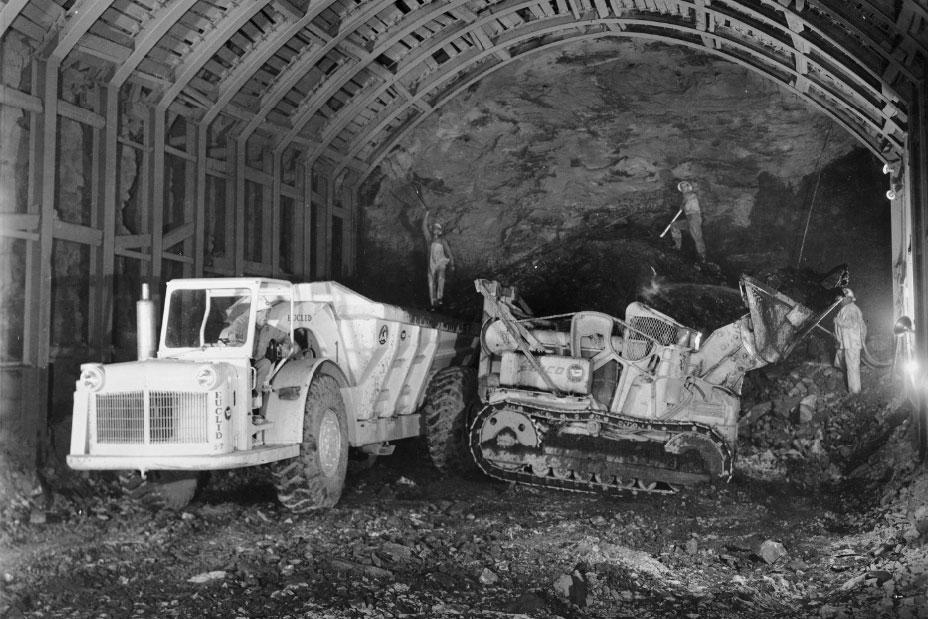 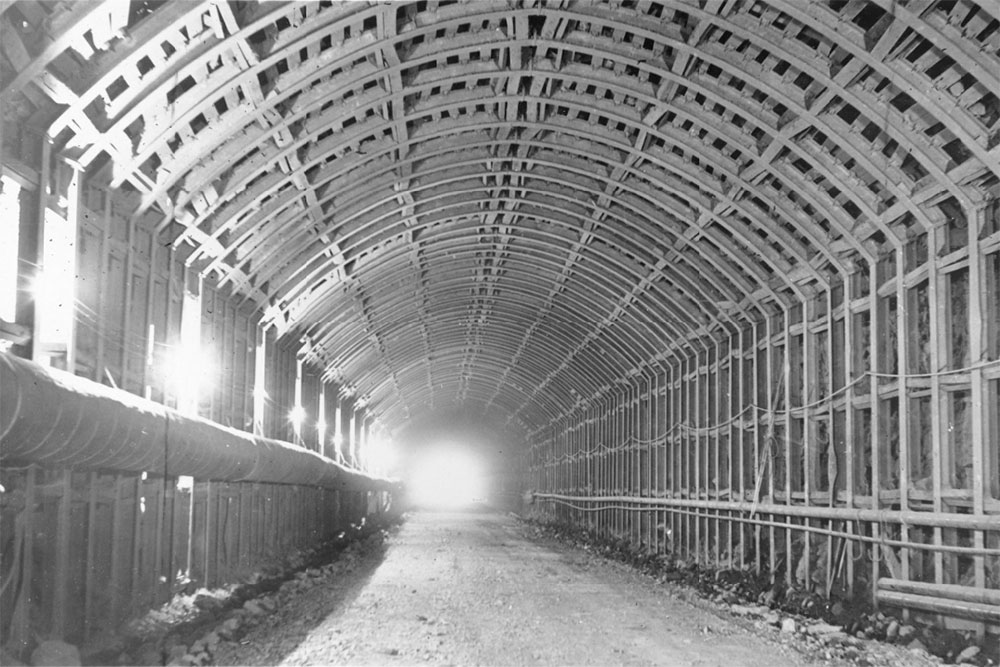 As the rock was blasted and removed on each side of the tunnels, walls and ceiling were lined with steel-ribbed supports. Spaced 4 feet apart, the 8-inch-wide supports were used to keep the rock from falling until the concrete ceilings were poured. 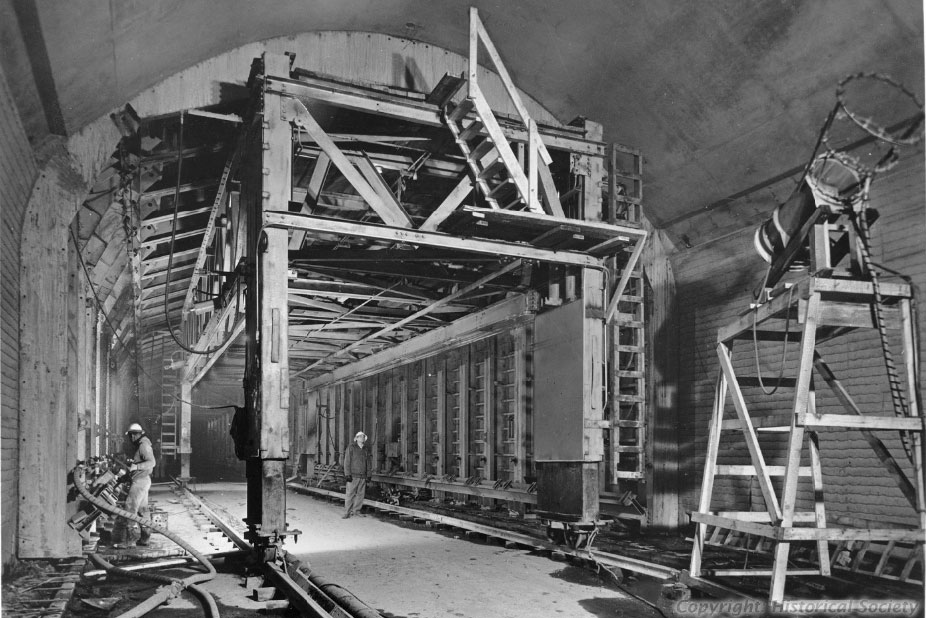 Collapsible steel forms were used to place concrete on sidewalls and ceilings. One concrete form covered approximately 50 feet. More than 110,000 tons of concrete (59,000 cubic yards), were required to line the tunnel walls, with an additional 4,000 cubic yards going into the roadway ceiling. 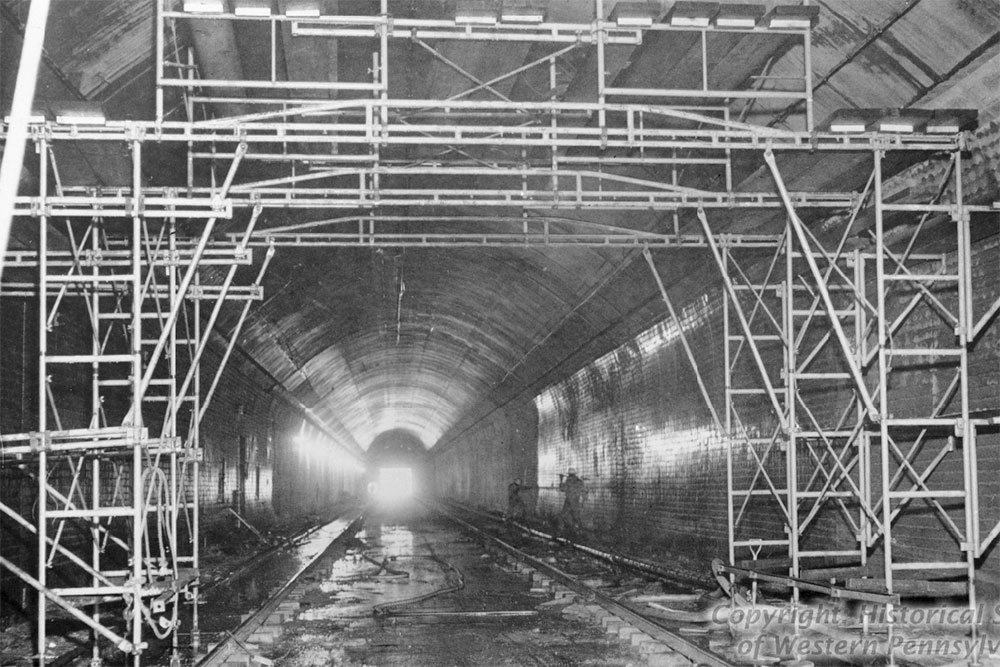 Above is an inside view looking toward the south portal as construction neared completion. 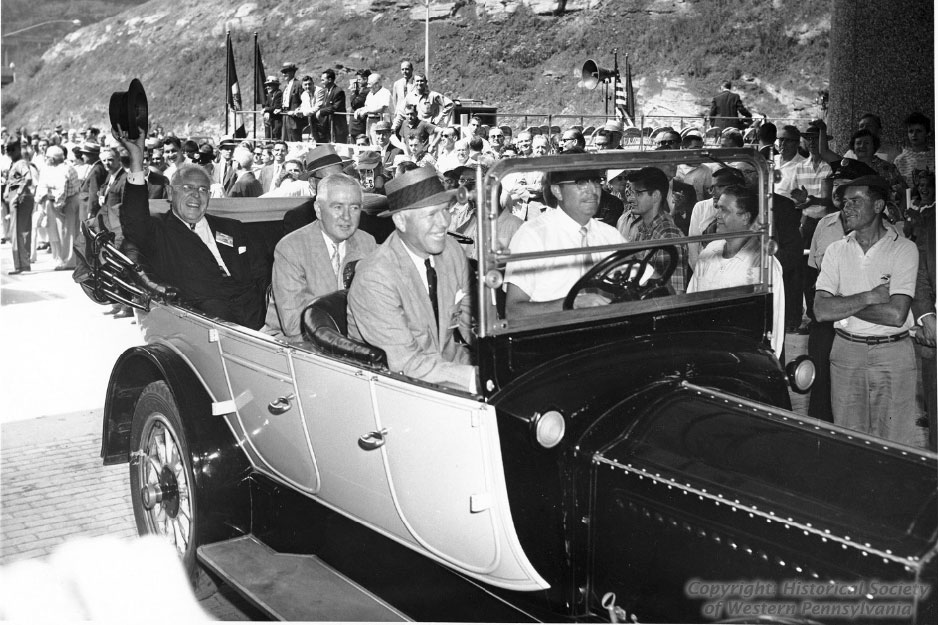 At 11 a.m. on Sept. 1, 1960, the first car drove through the Ft. Pitt Tunnel. Seated inside the vintage car in the middle row passenger side  was Mayor Joseph Barr and behind him, waving his hat, is Gov. David L. Lawrence, one of the major architects of Pittsburgh’s first Renaissance.