After Chuck Noll led the Steelers to four Super Bowl championships, he “coached” 101 classical musicians through “The Stars and Stripes Forever.” 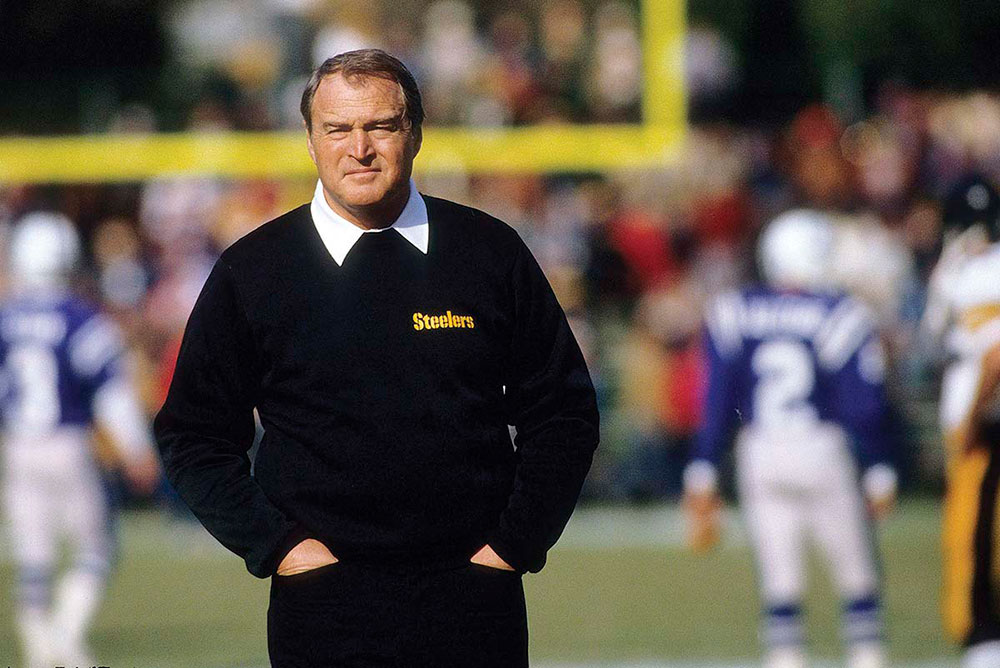 Football collided with classical music Aug. 9, 1989 when Steelers head football coach Chuck Noll stepped off the field and onto a stage to “coach” the Pittsburgh Symphony Orchestra.

The orchestra traveled to St. Vincent College during the Steelers’ summer training camp to perform a benefit concert as a tribute to Steelers founder Art Rooney Sr., who passed away the year prior. Noll conducted the grand finale, leading 101 musicians, not to a Super Bowl championship as he had done four times prior, but through John Philip Sousa’s “The Stars and Stripes Forever.”

The performance took place in front of 5,000 people under a tent set up on a patch of grass next to the team’s practice field, though it may as well have been at Three Rivers Stadium — Noll wore his usual coaching attire: a white Steelers golf shirt and black trousers.

With a conducting style that included making faces at violinists and imitating trombone players, Noll may have seemed out of his element. But Andrea Delfs, the orchestra’s conductor, who gave Noll a few pointers backstage beforehand, commended his performance.

″He did wonderfully,″ Delfs told the Associated Press. ″He’s very musical, perfect tempo. He’s a real American, so he hit the real tempo.″

Perhaps this shouldn’t come as a surprise — aside from coaching football, Noll also enjoyed snorkeling, boating, piloting planes, and relishing fine wines. A fan of classical music and Stan Getz jazz, he said conducting the Pittsburgh Symphony Orchestra was easier than coaching the Steelers.

″That’s what happens when you have a good team,″ Noll said. ″There was nothing to it. It was good fun.″