Prince is considered one of the most iconic broadcasters in Pittsburgh. 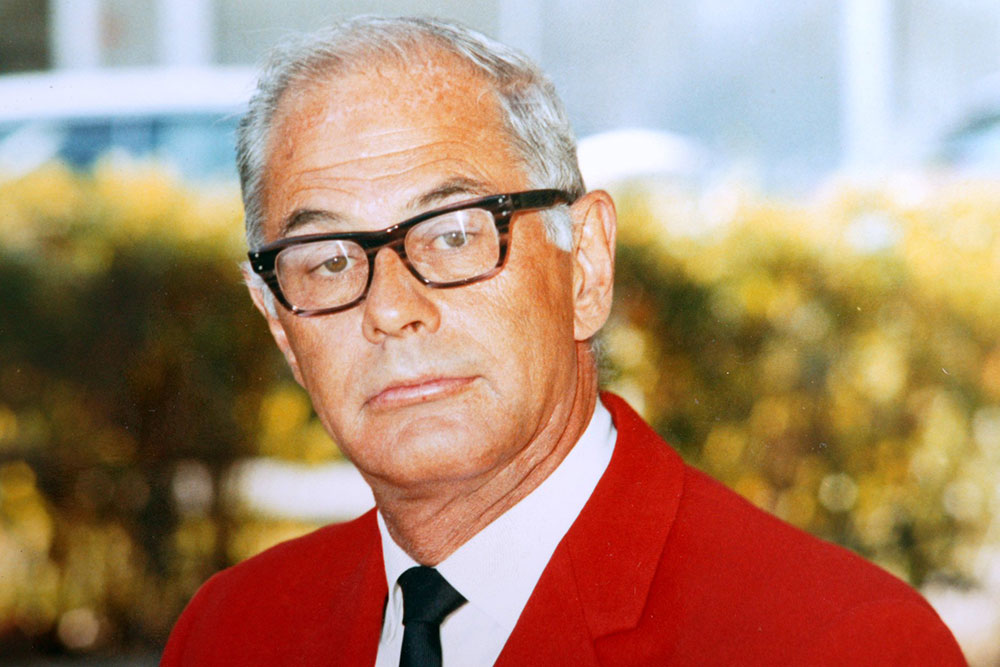 Long before the Terrible Towel helped to rev up Steelers fans, there was the Green Weenie, a good-luck charm popularized by Pittsburgh Pirates Broadcaster Bob Prince.  “Never underestimate the power of the Green Weenie,” Prince would declare from the radio booth.

Prince began his legendary career in 1948, endearing himself to fans with a staccato delivery and bucketful of sayings such as “babushka power,” a “bug on the rug,” a “bloop and a blast,” “chicken on the hill” and his most famous home run call: you can “kiss it goodbye.”

While fans loved him, his relationship with Westinghouse Broadcasting, which controlled the broadcasts,  soured in the early 1970s and he and color announcer Nellie King were fired in 1975. Prince would return to Pirate baseball in 1982, calling a limited number of games for a cable station.

Forty six years ago this week, he called his final games at Three Rivers Stadium. Weakened by mouth cancer, Prince managed to announce only the fourth and fifth innings on May 3, 1985.  He was given three standing ovations and the Pirates responded on the field by scoring nine runs — one for every year of his absence from the booth — in the fourth inning.

In the next inning Prince called on first baseman Jason Thompson to park one “so we’ll have a little bit of everything.” Thompson delivered with a home run.

Prince called portions of just two more games before his health worsened. He died on June 10 at the age of 68.

You can hear parts of those final broadcasts on this tribute video. ⇓