A trio of houses on Troy Hill comes with an undercover history, including two buildings with unexpected interiors. 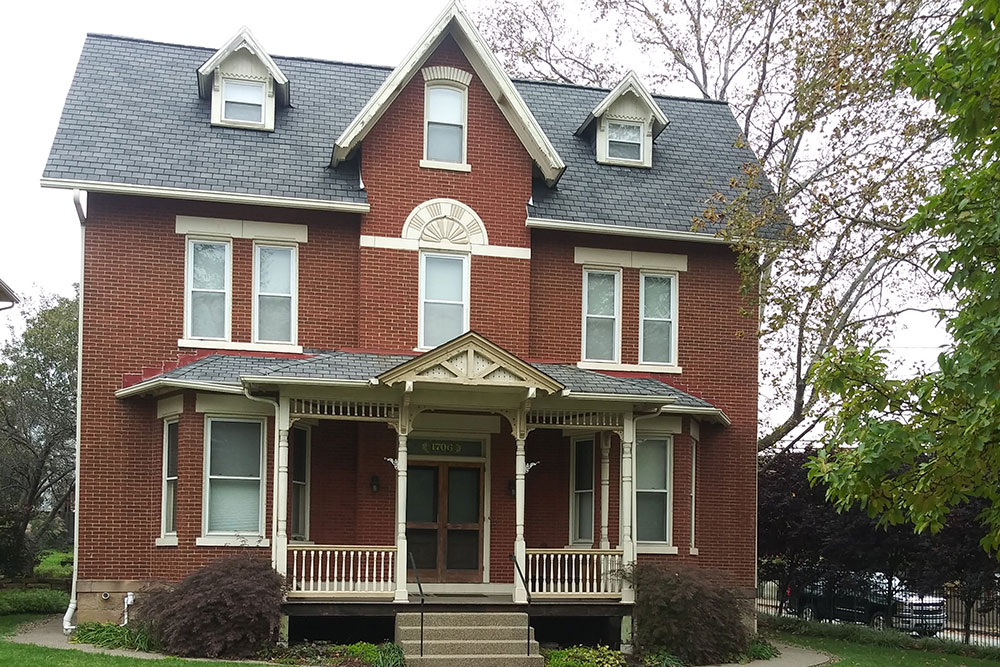 Bicyclists, runners and drivers cresting treacherous Rialto Street, which launches up Troy Hill like a PAT bus rearing out of a sinkhole, are probably too busy gasping for breath to take note of their surroundings.

If they are paying attention, they may notice a stately three-story house on the corner guarded by a wrought iron fence. But unless they’re in on the secret, they won’t spot the two houses just up the block that, behind ordinary facades, conceal fantastical interiors.

Their owner, Evan Mirapaul, prefers it that way. An art collector, founder of PGH Photo Fair and a former violinist with the Pittsburgh Symphony Orchestra, Mirapaul lives in the Queen Anne-style house. He commissioned artists to turn his other two buildings into “art houses” — multi-story installation pieces. But there’s no way of telling that from Rialto Street.

“Explicitly not,” Mirapaul says. “I would get in trouble if I put signs up. But I like that they’re a little secret.”

To say any more about either art house is to spoil the experience. A visit is free and takes about an hour. You can reserve a spot online at troyhillarthouses.com.

“People see them every week,” Mirapaul says. “It’s not a Pink Floyd concert, but people come.”

Originally from Akron, Mirapaul lived in Manhattan for several years after leaving the symphony, eventually returning to Pittsburgh. Inspired by art houses he saw in Japan, he decided to create his own versions on Troy Hill. He now has tentative plans for more art houses.

His own home on Rialto has a history worthy of its own exhibit, with links to the German immigrants who originally settled in the neighborhood. Shortly after losing an 1863 bid for re-election to the state supreme court, Chief Justice Walter Lowrie sold the parcel and a wooden frame house there to three business partners. One was Adam Reineman, the eldest son of a German immigrant watchmaker in central Pennsylvania. Reineman moved to Pittsburgh and prospered with his own jewelry business; the purchase was one of many he made on the way to becoming a millionaire land developer here.

He lived on the other end of Lowrie Street — named for the judge — in an extravagant Victorian double house that still stands. In 1866, he sold the other parcel to his younger brother, Louis, also a jeweler. Louis moved into the judge’s old house with his wife, Catherine, and their children; he made enough money to retire three years later, but his golden years were cut short when he was crushed between two Penn Avenue streetcars in 1876. He died the following year at age 55.

It was Catherine who built the place Mirapaul now calls home. The widow commissioned a fashionable brick building with high ceilings, marble fireplaces and a broad veranda framed by bay windows. She lived there for three decades until her death in 1905. The next residents stayed even longer. Dr. Joseph Thoms, chief surgeon of the former St. John General Hospital in Brighton Heights, moved in with his wife, Ella, in 1925, and stayed until his death in 1981 at age 98.

“I pass people on the street who say, ‘My mom was born in your house, or ‘My grandfather’s broken arm was set in your house,’” Mirapaul says.

Mirapaul gave Dr. Thoms’ 1912 medical school diploma and class graduation photo to Pear and the Pickle, a café a bit further down on Rialto. They decorate the walls, along with several posters Mirapaul saved from Pittsburgh Symphony performances in concert venues around the world. Kind of like a Troy Hill-themed art house, but with lattes and sandwiches.