This Condo in Oakland Is Perfect for a Doctor, a Student or a Retiree

The studio space is located in a U-shaped historical apartment complex designed by architect H.G. Hodgkins. 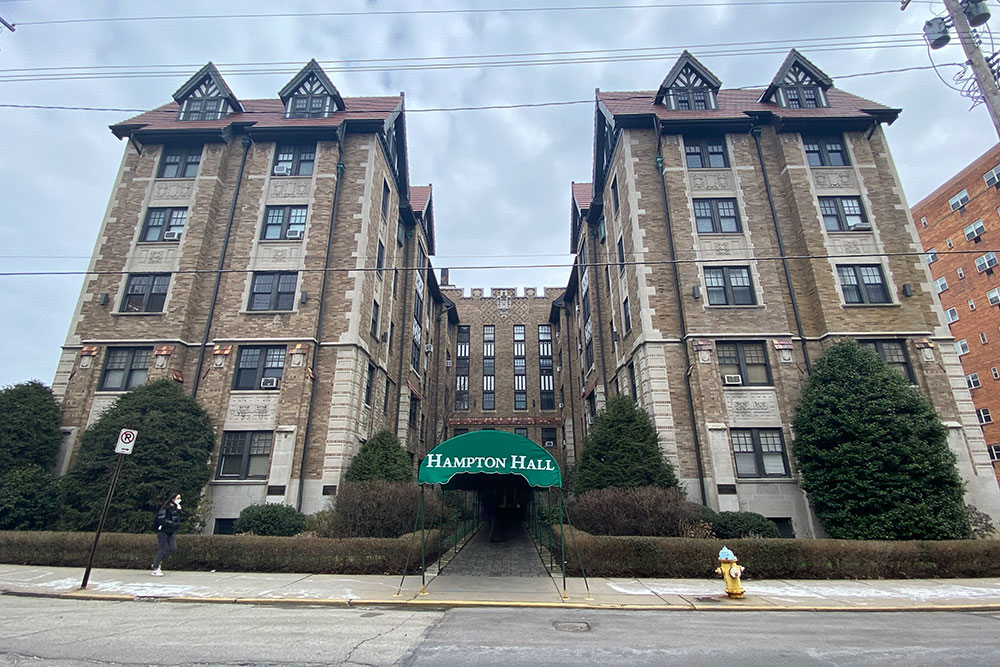 Last week, I wrote about how finding homes for sale for less than $200,000 in a competitive Pittsburgh real estate market, such as this four-bedroom Victorian that quickly went under contract in Brighton Heights, could still be done.

This week’s Hot Property is another affordable gem, but it’s a rather swanky condominium in Oakland’s Hampton Hall.

Located at 166 N. Dithridge St., the building erected in 1928 originally was designed as an apartment building by architect H.G. Hodgkins. It features Tudor styling with rough-hewn timber details on its elaborate stone exterior. There is a large garden surrounding the U-shaped building, which features 75 units over five floors. 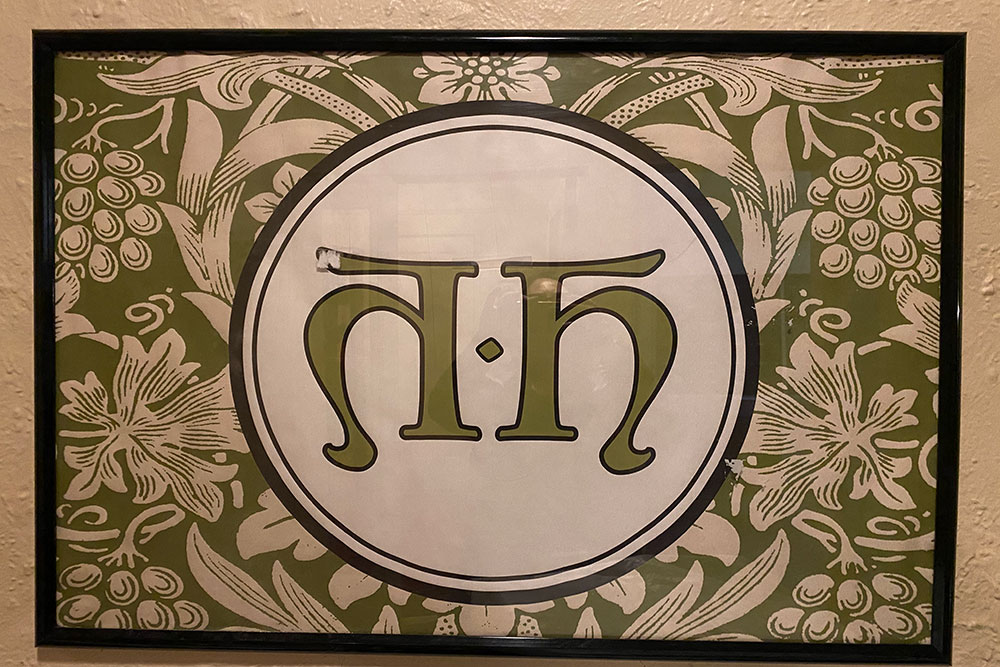 Among the building’s historical details are the original elevators, which still retain their brass gates. Antique tiles by Nemadji Tile & Pottery Company line the entire lobby and foyer floors. (Located in Moose Lake, Minnesota, the company opened its doors in 1923 and became known for its tile and pottery created from the nearby Nemadji River’s rich clay.)

The colorful floor, with shades of red, green and gold, is interspersed with tiles marked by charming figures and images. This, among several other features in the building, led to Hampton Hall being designated a historic location by the Pittsburgh History & Landmarks Foundation in 1985. 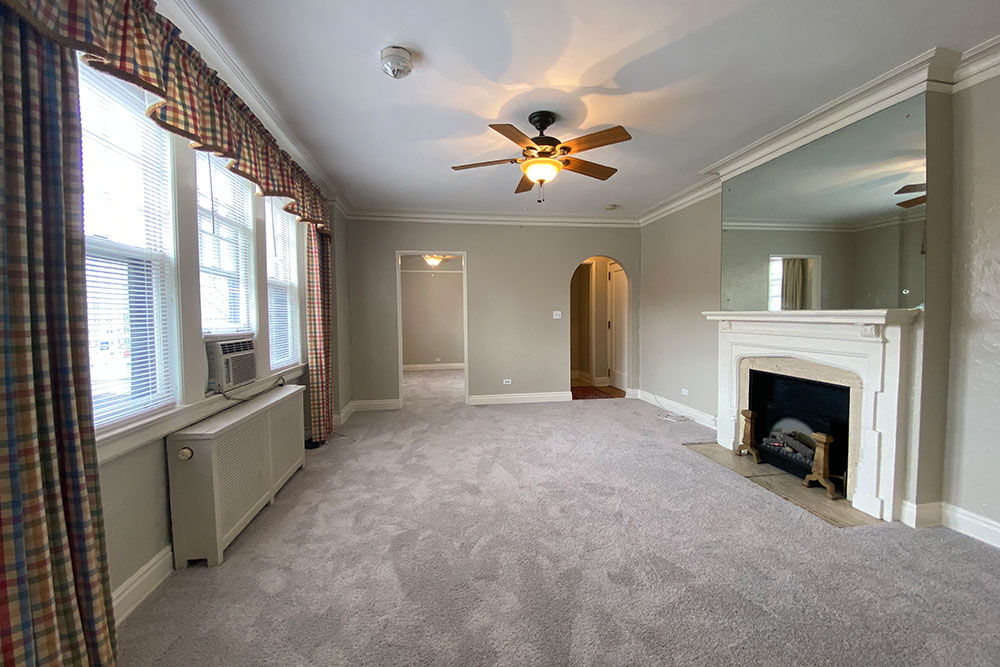 Dr. Beth Oczypok has been Unit 2B’s only resident for 13 years. Seeing the unit as a cheaper, safer alternative to student housing, she says her parents purchased the space for her when she attended the University of Pittsburgh.

“I am one of five kids in the family. We had all gone to Oakland Catholic and my parents were always saying that they should buy in Oakland,” Oczypok says. “I was at Pitt for two years and looking at off-campus housing when my mom and dad said, ‘This might be a good time to buy.’”

It turned out to be a good decision. Oczypok completed her undergraduate degree and went on to earn her doctorate from the university’s medical school. After her residency at the local Department of Veterans Affairs hospital system, she decided to continue to practice in Pittsburgh. 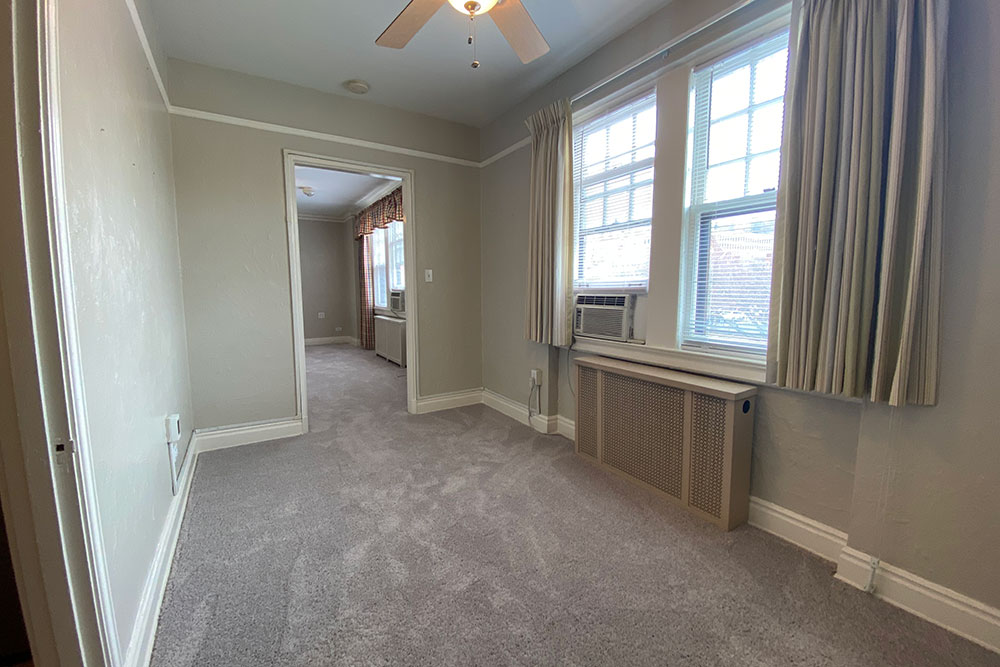 Today, Oczypok says her first impression of the unit, despite the lobby’s warm and inviting lobby, still makes her laugh.

“We went in to look at it and I was a little unsure because the person that lived there before me had painted all the ceilings black and the walls were really bizarre colors,” she says. “We heard that he was a nurse and worked the night shift, so he wanted everything to be really dark inside.” 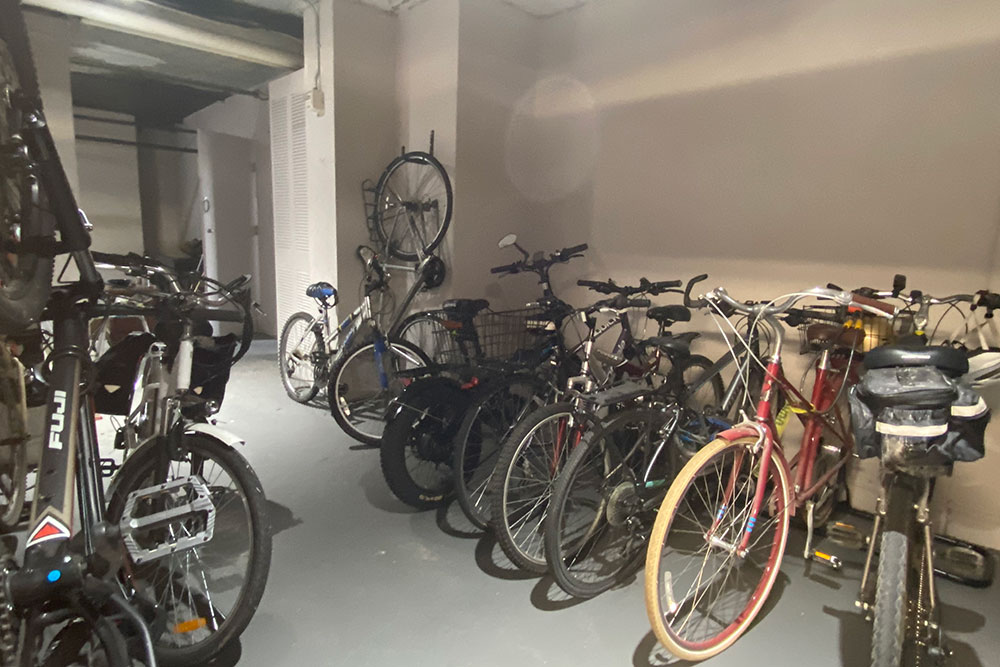 The condo also comes with an assigned parking space in a gated lot, a bonus that gave Oczypok’s safety-conscious parents peace of mind. In addition, the unit’s monthly $432 maintenance fee covers care of the building and common areas, as well as water, sewage, gas and electricity.

Oczypok says her mom, who has an eye for design, oversaw renovations to the unit, which included a top-to-bottom paint job, new countertops, a new bathroom vanity and kitchen appliances.

Although listed as a studio, the space has a separation between the living and dining room that allows the dining area to potentially be used as a bedroom. 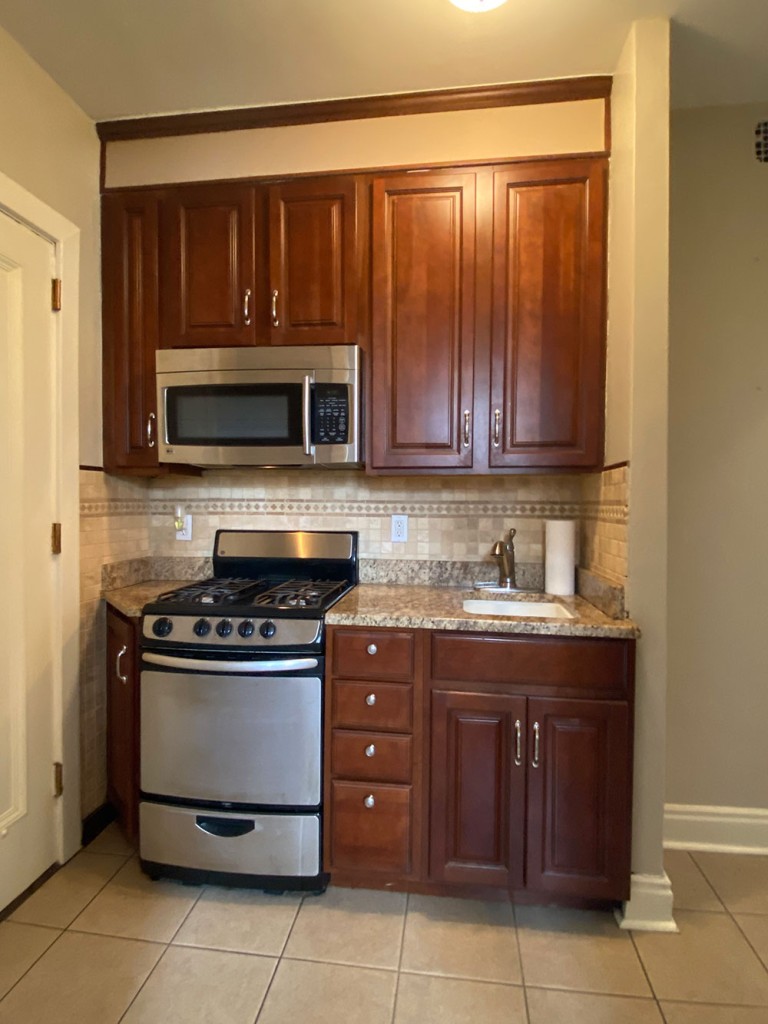 The galley kitchen also is useful for entertaining. “I hosted a lot; we had parties all the time. It’s a small space, but we made it work,” Oczypok notes. There’s also a rooftop deck and garden where the doctor and her friends would take in the incredible sunset views.

Oczypok notes the building’s demographics include a mix of students, young professionals and older residents who have downsized. She notes the space’s location and amenities could make it attractive to a number of buyers.

“It’s convenient to the universities, the restaurants, the museums, it is great. There is a social committee now, they organize social events,” she says. “I have a lot of fond memories.”

Neighborhood: Broken into four zones — North, South, West and Central — Oakland is home to the largest group of nonprofits within Pittsburgh’s city limits, including the University of Pittsburgh, hospitals and several historic churches. The Carnegie Museum of Pittsburgh’s main campus, the Carnegie Music Hall and Phipps Conservatory are national attractions that anchor the entrance to Schenley Park, one of the city’s crown jewels. A vibrant restaurant scene exists in several different business districts, among them North Craig Street, Fifth, Forbes and Centre avenues.