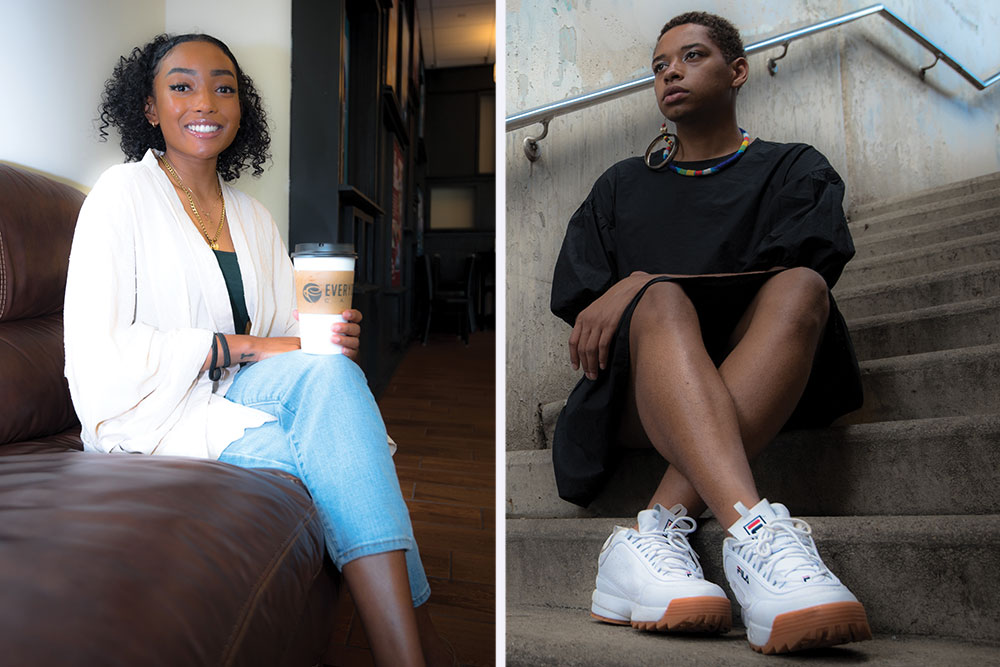 The future can be hard to envision from the fog of the front lines. As the days of a fight stretch into weeks, then months, then years, successes and defeats can bleed into a nebulous concept of justice and victory that’s always on the horizon, but just out of reach.

But for those whose childhood and adolescence were marked by the deaths of Trayvon Martin and Antwon Rose II, those who saw nightly news clips of Eric Garner pleading for mercy with his dying breaths, those who saw justice denied in each case then watched as the effects of a global pandemic disproportionately impact Black Americans, visions of the future come with a sense of clarity and urgency.

“When I was 5 years old, I watched people drown in New Orleans during Hurricane Katrina. Two years later, I saw our first Black president be elected. These are the things I grew up seeing,” says Chrissy Carter, a youth organizer working with the Alliance for Police Accountability. “Of course we’re advocating, of course we’re angry, of course we’re fed up, and of course you saw that in a huge show-up for Antwon. Because look at what we had been watching up until 2018.”

Kyley Coleman, the 19-year-old founder of the Instagram page @Blackowned.pgh, says she had a passing awareness of racism and injustice during childhood but, “now, as we’re coming of age, it’s all we’re seeing.”

“There’s just so many things going on that we experience firsthand and we realize we don’t want to live our lives like this. We don’t want our kids to live like this; we don’t want a world like this anymore.”

This year, amid shelter-in-place orders that emptied high school and college campuses, the nation erupted in protest following the deaths of Breonna Taylor and George Floyd.

Once the protests hit Pittsburgh, Carter and Coleman arose as leaders of social justice movements that were separate but intrinsically connected in their ultimate missions.

Carter says their actions show how young activists who are being backed into corners today are putting a new spin on lessons taught by the previous civil rights generation.

“I had so many examples of what organizing looked like. Did I know that that’s what I was watching? Not at all. But I had those examples, and they were invested and instilled in me, so I had no choice but … to become so angry I was going to mobilize in the streets.” 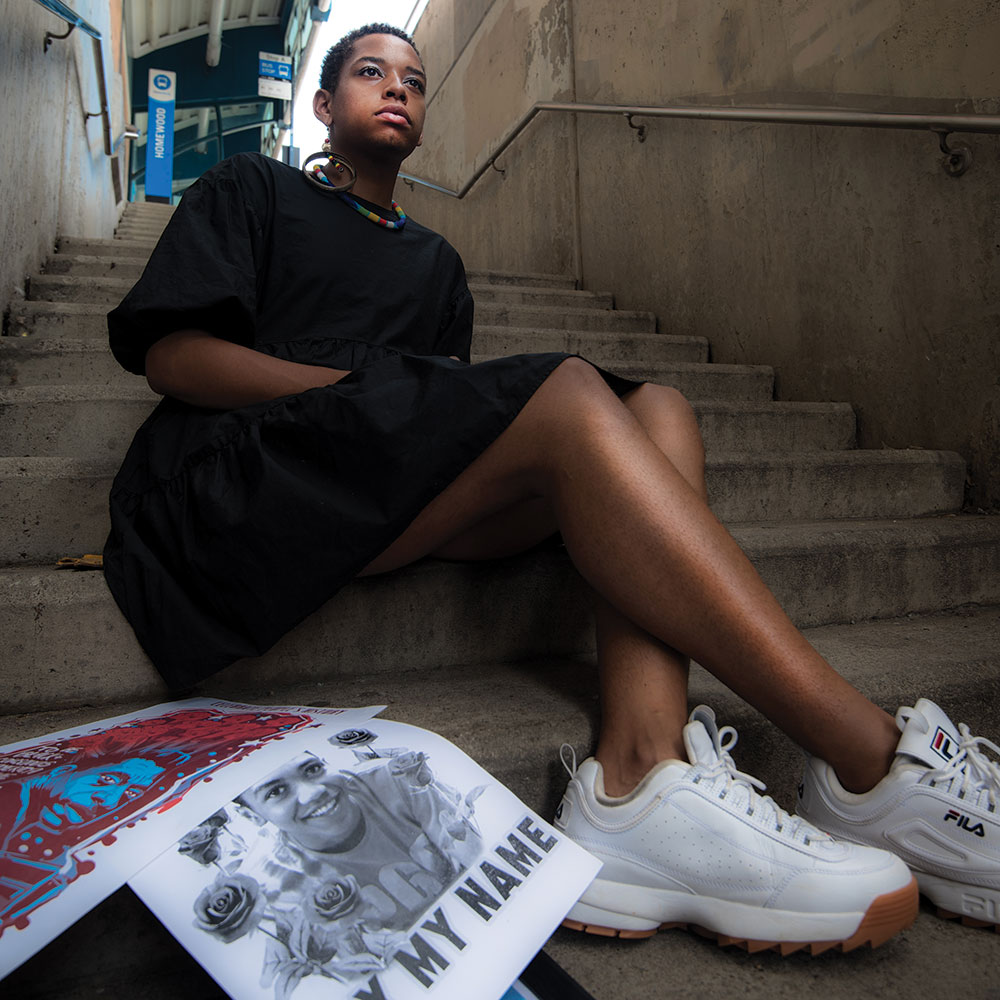 CHRISSY CARTER
Finding the Confidence to Speak Out

Before Carter ever felt empowered to speak up on behalf of anyone else, they first had to speak up for themselves.

Growing up in Homewood until age 12 as one of seven children, Carter’s life was a whirlwind of activity fueled by church services, piano lessons, baseball, cross country and one of their first passions — acting. Today, the graduate of Pittsburgh CAPA 6-12 is a sophomore at Point Park University, pursuing a Bachelor of Fine Arts in acting.

“I started doing little things in church like the Christmas play or Easter play for Sunday School,” Carter says, their voice perking up at the recollection. “Then when I was at Faison Elementary, they did ‘The Wizard of Oz’ for the Christmas production, and I was cast in my first part. From there, I didn’t really stop.”

The constant motion was an escape from a home environment where, from the age of 6 to 11, Carter was sexually abused. After being removed from the home and placed into foster care, they had to share their story publicly to ensure it would never happen again.

“I had to go on trial with my abuser. That was the first time I had to defend myself and stand up for myself in a courtroom full of people and say this is what happened to me, this is what support I need, this is what I would like to happen to the person who caused harm to me,” they explain.

The moment injected a 13-year-old Carter with the confidence to speak out against injustices more regularly, at first with a shaky, but an unwavering voice in middle school, then with greater conviction after learning from student organizers in action at CAPA.

“CAPA really just opened my eyes to what it looks like for students to have power and students to own it and want to make a difference. I didn’t have this language when I was in 10th grade, but what I was watching was students mobilize and organize,” Carter says.

By the time Carter got to 11th grade, they had dived into organization efforts against Betsy Devos’ nomination as Secretary of Education. Not long after, Carter and their best friend, Mia Arrington, co-founded the social justice group Youth Power Collective; both also began internships as youth organizers with education, economic and environmental justice nonprofit One Pennsylvania.

By senior year, Carter and Youth Power Collective were helping to organize student walkouts at CAPA following the Parkland High School shooting and meeting with Parkland students at Columbine High School to mark the anniversary of the 1998 massacre. That’s when the media began to take notice of their efforts.

Then, two weeks after graduation, Antwon Rose was shot in the back by former East Pittsburgh Police Officer Michael Rosfeld while fleeing during a traffic stop. A photograph of Carter’s visceral reaction during a protest — piercing brown eyes locked with a police officer’s gaze, fist raised, mouth agape, shouting into the officer’s face — went viral across the country.

That conviction carried Carter through a summer of organizing protests for Rose and a stint working as an election canvasser until November 2018, when they learned via social media that their brother DeAndre was killed in a shooting in Wilkinsburg.

“I was out of organizing for a little while after my brother passed away. It was a lot to deal with; I felt like I didn’t have much to give anymore.”

In 2019, Brandi Fisher, president and CEO of the Alliance for Police Accountability, offered Carter a position with the nonprofit. Fisher also pushed Carter to pursue a summer internship geared toward foster youth advocacy and pulled them back into a community of activists and supporters waiting to stand with them through the grief.

Carter, who came out as trans and queer around the time of George Floyd’s death and uses the pronoun “they,” credited that support system as one of their greatest assets, particularly during a time when organizers across the nation are facing heightened law enforcement scrutiny. In July, a warrant was issued for Carter’s arrest for charges of rioting, false imprisonment, harassment and possessing an instrument of crime, which they said was “duct tape.”

Despite what Carter describes as tactics to “silence” dissent, they are more determined than ever to not only stay the course but increase the pressure on law enforcement — and truly change systems.

“It has really challenged me to look into abolition theory and more radical organizing,” Carter says. “For a while, it was OK for me to be in the nonprofit sector of organizing and just glide, but that wasn’t radical. That wasn’t pushing for a new world.

“I’m not looking for reform. I’m looking to abolish this whole system.” 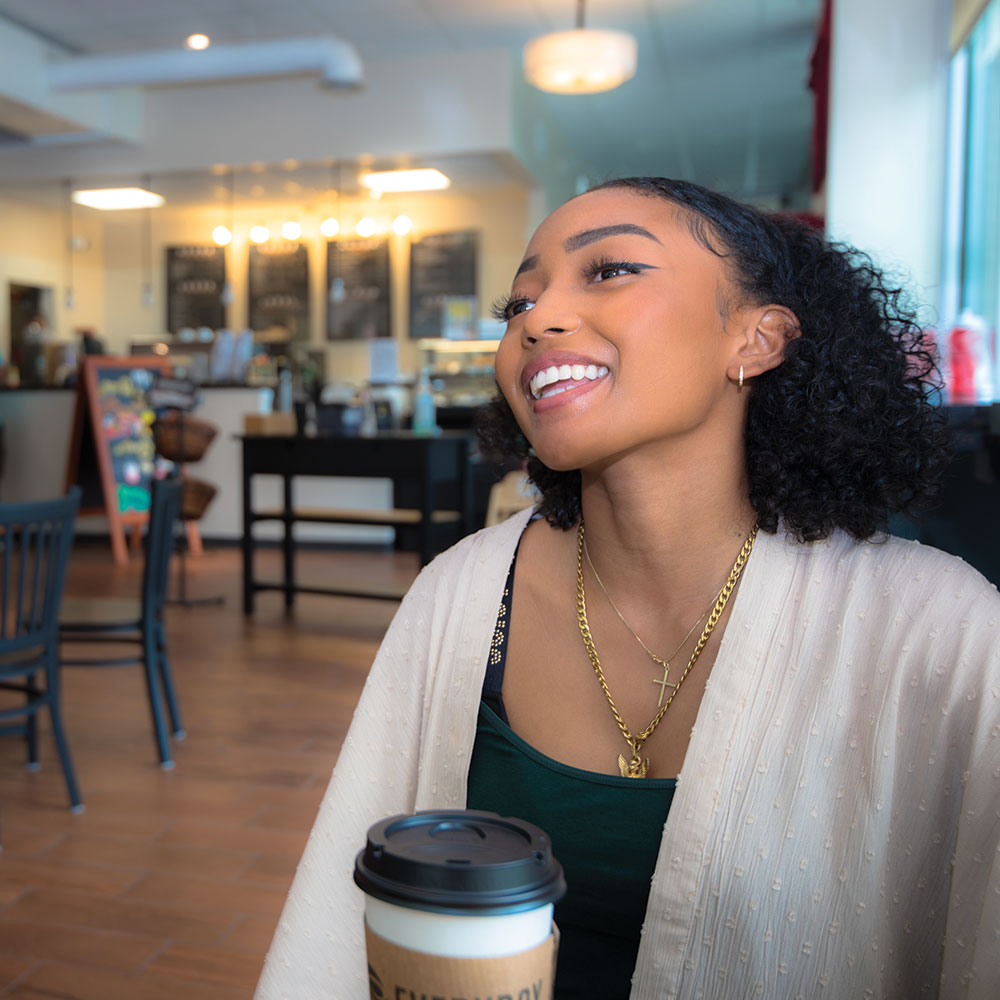 When COVID-19 shut down the nation in March, Kyley Coleman made the shift to online classes along with the rest of her classmates at the University of Pittsburgh Greensburg, where she was taking on a dual major in biology and psychology. By May, when protests that began in Minneapolis following the death of George Floyd spread across the nation to Pittsburgh, she felt a calling to add one more project to her plate.

“I’ve always been outspoken when it comes to Black Lives Matter, but I never thought it was enough. I knew, [for] whatever I spoke out about, the need to have action behind it,” she says. “I thought to myself, how can I contribute to change? As loud as our voices are, our country can often silence them. But money always talks. For that reason, I chose the avenue to focus on Black dollars.”

In June, as she powered through online summer courses, Coleman launched @Blackowned.pgh, an Instagram account dedicated to highlighting Pittsburgh’s Black entrepreneurs. And while she certainly hoped to find businesses to promote and amass a following, she never expected it would come in an avalanche of attention partially spawned by Black Lives Matter protests.

Today, @Blackowned.pgh has more than 18,600 followers, is promoting more than 100 businesses, and has launched successful fundraising campaigns and promotional events despite a market changed by coronavirus. Even with fall classes back in session, Coleman is effectively managing the duties of what looks more like a small business every day.

For as much work as she does to promote the businesses, none of her efforts would be possible without the very companies she is working to spotlight. Businesses throughout the community chipped in for her first planned event, an in-person Black business marketplace that was canceled due to COVID-19 restrictions, and have donated enough for Coleman to start building a savings account. So far, those donations have funded a socially-distanced coffee networking event at Everyday Café in Homewood and granted $600 to Black-owned businesses for new inventory.

“I always say Pittsburgh is a city of hard to find information for what you want to know about, and this makes it a one-stop shop,” she says.

For Coleman, helping Black entrepreneurs promote everything from homemade pet food to luxury picnic experiences has sparked a shift in direction that has given Coleman new career goals. She sees herself eventually helping businesses with social media marketing, startup assistance and funding.

Since @Blackowned.pgh launched, her work has been covered throughout Pittsburgh media; she was also invited to write a blog post for Visit Pittsburgh, the city’s official tourism site. Her work also caught the attention of area youth, who she says have reached out for podcast interviews and to share their admiration for her efforts.

“I think I found my ‘Why’ in life,” she says. “My dad always used to say why are you here? Why were you put on Earth? What is your ‘Why’? Before I was thinking I just want to go to college and get a good-paying job, but that’s only beneficial to me, and I want to be a person that’s beneficial to the community.”

This article appears in the September 2020 issue of Pittsburgh Magazine.
Categories: Community Feature, From the Magazine, Hot Reads