These Elaborate Proposals Were Sure to Get a “Yes”

Thinking of popping the question? Take a note from these grooms-to-be who set the bar high. 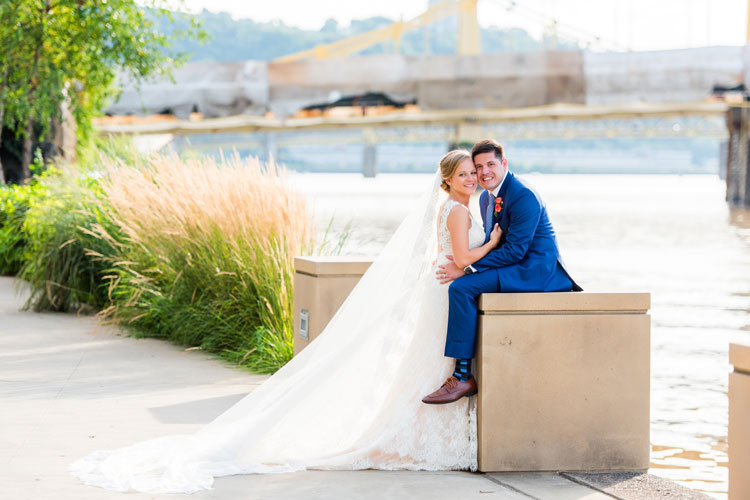 Some of Tommy Waginger’s friends had used “flytographers,” or aerial photographers, to capture the moment they proposed to their significant others. When he was planning on proposing to his girlfriend of two years, Laura Gajdosik, he thought she would like to have the moment documented, too, so he decided to hire one himself.

In January 2016, the two were living in California, and Tommy chose a picturesque spot on the coast for the occasion. The two traveled to Santa Monica for the day, where Tommy claimed he had a meeting with a client for work.

“I actually had one of my coworkers call me while we were on our way there and say the meeting was canceled at the last minute,” Tommy says. “It was like, ‘Well, while we’re in Santa Monica, let’s take a walk out on the Santa Monica pier.’”

Laura hesitated, not wanting to walk out of their way, but remembers he was very adamant about going. 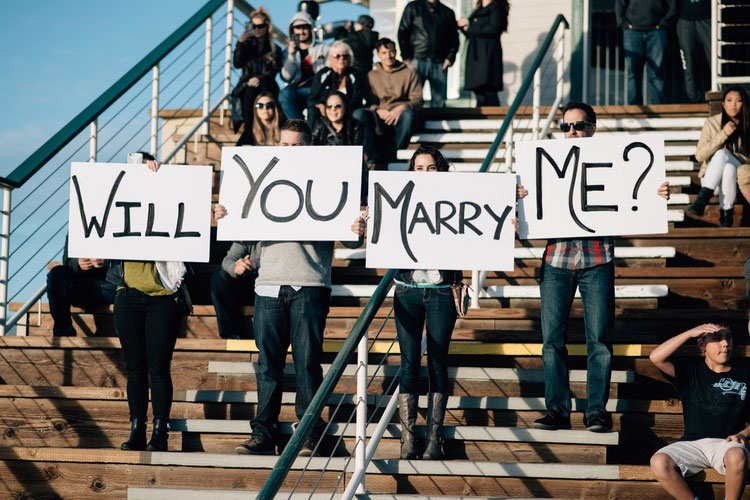 Tommy says since it was the middle of a work day, he wasn’t expecting the pier to be crowded. But when the couple arrived at the end, a large group was focused on people across the way holding signs that said: “Will. You. Marry. Me?” At first, Laura didn’t realize it was for her.

“All these people were cheering, and when we were at the bottom Tommy said, ‘Let’s go out and see what’s happening,’” she says. “Then he said, ‘I want to spend the rest of my life with you.’”

The people holding the signs were friends Tommy had enlisted to help, and he was holding a ring. 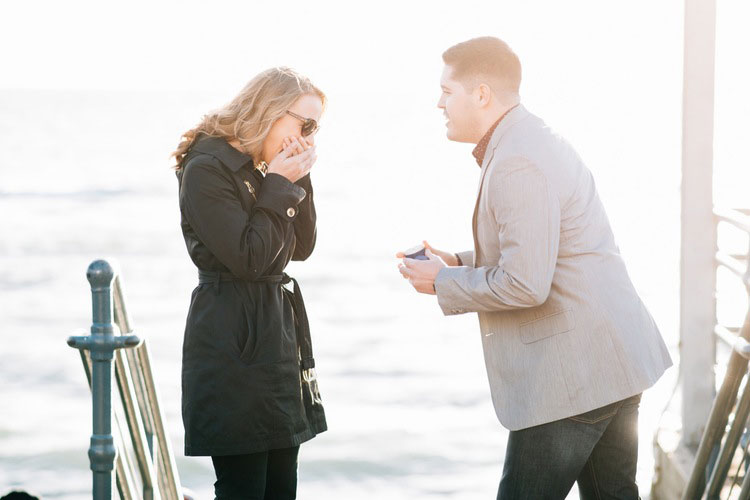 Laura says Tommy usually can’t keep a secret, so the whole thing came as a shock.

“I think as much as I wanted to know [when it would happen], I was happy he surprised me and was able to pull it off,” she says.

The two married on July 29 at Epiphany Catholic Church, Downtown, with a reception at Heinz History Center. 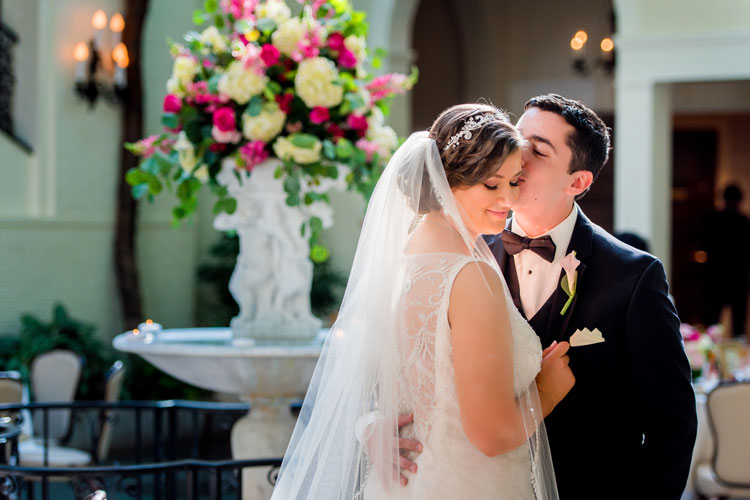 Jon Wolff took over his college campus to propose to Marissa Morissette.

Both had graduated from Penn State Behrend, where they met and fell in love. During Thanksgiving break, when he knew the school would be mostly empty, Jon decided to send Marissa on a surprise, guided tour of all of the places that had significance to them.

On Nov. 22, 2015, Jon’s best friend helped him line the trail with flameless candles while Marissa’s best friend was in charge of getting her to campus.

“She made this whole elaborate thing, let’s get our nails done and get dressed up and get lunch, and I thought she was crazy, but I was like, ‘OK, we’ll party for Thanksgiving,’” Marissa says. 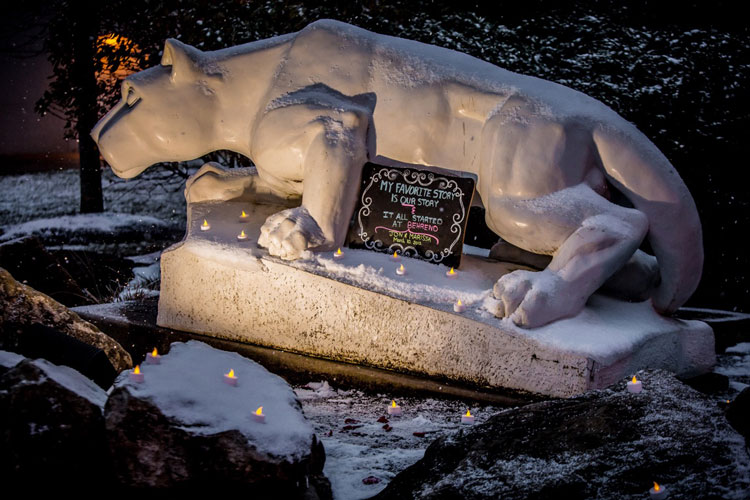 After lunch (at the restaurant where Marissa and Jon had their first date) and manicures, Laura told Marissa they had to stop at campus to pick something up.

They got to Ohio Hall, where Jon and Marissa lived when they started dating, and there was an envelope with a sign that said: “Today, I have been in love with you for 1,352 days.” Marissa remarked on the note but when Laura suggested she open the envelope, Marissa said no, thinking it was for someone else.

“When I opened the letter he actually had pictures, so I realized, oh, this is for me,” Marissa says.

The scavenger hunt led her to Smith Chapel, the meeting spot for the community service organization the couple had been involved with, and the building where the two had most of their classes.

At the final stop, the Penn State Lion Shrine, Jon had set up a laptop with a video montage: clips from Disney cartoons where the guy gets the girl.

“I’m a hopeless romantic, and he knows I like Disney, so he found that video that was the perfect montage,” Marissa says. 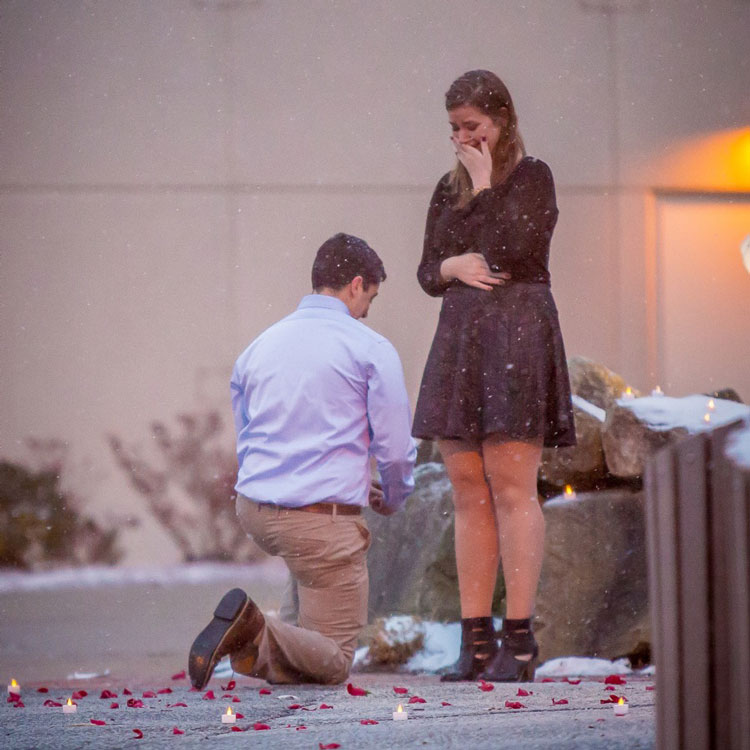 But she still wasn’t expecting what happened next — Jon was supposed to be in Nashville for work, but he had come back a day early to surprise his bride-to-be. He appeared behind her with a ring.

“It hit me all at once,” Marissa says. “I was crying. I couldn’t even see the ring when he proposed.”

Jon also arranged to have a hidden photographer documenting the proposal and a GoPro set up to capture the moment on video.

“If anyone knows me, they know I don’t half-ass anything,” Jon says. “I make sure I go over and beyond.”

Jon and Marissa married on June 3 at St. Mary of the Mount Church on Mt. Washington with a reception at Fox Chapel Golf Club. 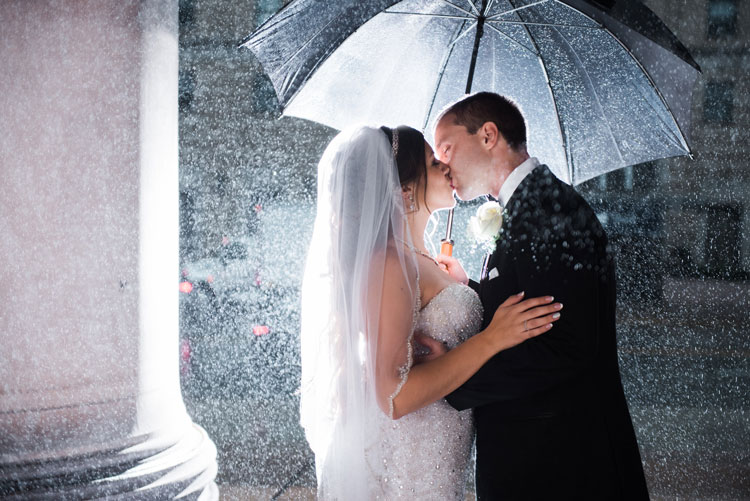 Patrick Nigborowicz’s proposal came down to a matter of timing.

On Easter 2015, he was in Boston visiting family for the holiday while his girlfriend, Nicole Monahan, was in Pittsburgh preparing to go to her aunt’s house, where her family always gathered for Easter.

“He sent me pictures of his nieces and nephews opening Easter baskets and having breakfast,” Nicole says.

Then, unbeknownst to her, he was running to catch a plane so that he could come back and propose.

“He missed his first flight that morning, so it was possibly a disaster but luckily there was another one and he was able to get here in time,” Nicole says.

Once at her aunt’s house, Nicole’s cousin told her she won a contest at the Ross Park Mall and an Easter bunny was going to be dropping by.

“At the time I totally believed it,” she says. “Looking back I’m like, ‘Why did I think that was a thing?’

“We were all outside, it was a nice day, and this Easter bunny came walking down the street with this huge basket.” 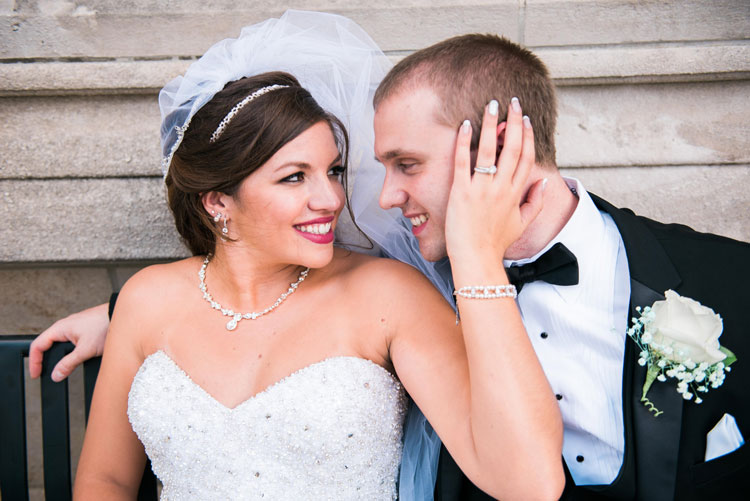 The bunny passed out eggs to the kids revealing candy and small toys, and various couples within the family posed for pictures with him. Nicole was sad Patrick wasn’t there, but her cousin convinced her to get in a picture (the moment was documented on video as well).

“After we took the picture she stepped out, and [the bunny] had handed me this giant egg, and when I opened the egg I saw a ring box,” Nicole says.

The bunny removed his mask, and Patrick got down on one knee. Nicole says Patrick always goes all out dressing up for Halloween, so this seemed like a natural plan, especially since he felt an Easter bunny visit would be fairly believable so that he could keep the proposal a surprise.

“He went as far to buy a new pair of shoes so I wouldn't recognize the shoes on the bunny,” Nicole says. 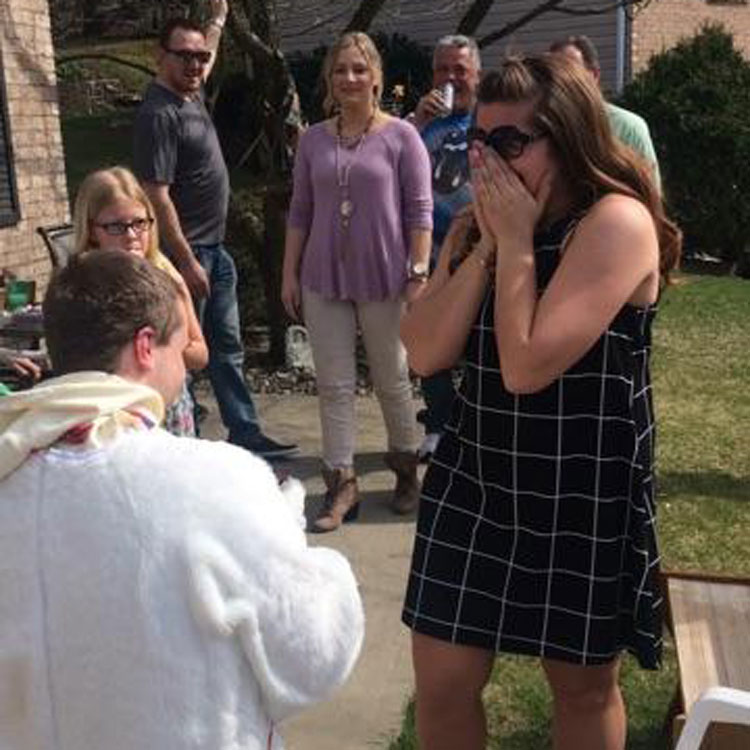 She says only a few family members were in on the surprise.

“It was definitely shocking,” she says. “I never thought, ‘Who works on Easter and is going to come to someone else’s house?’ And a lot of my uncles and people were thinking the same thing … No one had any idea that it would be a proposal, that’s for sure.”

Patrick and Nicole wed on Aug. 19 at Heinz Memorial Chapel in Oakland with a reception at the Hilton Garden Inn Southpointe.