These Couples Held up the Tradition of Love

Find out how these brides incorporated their favorite aspects of their culture to make their big day even more special.

Heritage and cultural traditions play a large part in many families’ lives, from making special treats for the holidays to taking trips to their home country. These brides wanted to incorporate what they felt were the most important cultural aspects to them on their wedding day.

Naomi Geara and Renan Lopes knew they wanted to incorporate her Japanese and his French Brazilian heritages into their wedding. Naomi says the Japanese and French cultures were used in their designs, such as origami cranes for the guest cards. She also says they used a samurai sword, an heirloom on her mother’s side, to cut the cake.

The couple also participated in the Brazilian tradition where the groomsmen auction off the groom’s bowtie. The groomsmen go to each table with a piece of the tie and try to auction it to the highest bidder, which is meant to help the couple in the future.

“It got really raucous with everyone trying to bid on the pieces of the tie, so that was really fun,” she says.

Naomi says her favorite part of her wedding was having friends and family there from seven countries to celebrate their day. She says that throughout the day, including in the best man’s speech, at least four languages were spoken: Japanese, English, French and Portuguese.

“That was a really awesome cool experience to have all of these different languages and cultures in the same room having a great time together,” she says.

Mel Moraes and Tyler Wilson also wanted to tie her Brazilian heritage into their wedding. Mel says when they got engaged there was talk of having a second reception in Brazil, but it ended up not being feasible.

“We thought if we brought these extra traditions into our wedding it would kind of make up for that,” she says. “[It] would also make the Brazilians that were able to make it to the wedding … feel a lot more included.”

Mel says their ceremony was partially in Portuguese, to accommodate her grandmother who doesn’t speak any English. Following the ceremony, the reception dinner was a traditional Brazilian Feijoada, a black bean stew served over rice, and Brazilian cheese bread, which was “a big hit,” she says.

Tyler is from Milwaukee, so they wanted to add some of his Wisconsin favorites as well. Instead of a wedding cake, they had Wisconsin Kringle, a circular pastry with frosting and a flavored filling, with raspberry and pecan flavors. They also had brats and “a ton of cheese,” Mel says with a laugh.

In addition to the food, Mel says they had Brazilian music playing at times in between the usual pop tracks. She says she was nervous at first that the American guests wouldn’t like the Brazilian music and that they might not want to dance to it, but that was not the case.

“Everyone was so into it, and they were trying to learn the dances,” she says. “Just to look over and see my Brazilian uncle dancing with my friend from college, they’ve never met but he’s just teaching her the dances, it was just so cool.”

Christine Tate and Joshua Pribanic wanted to tie in their cultural traditions to memorialize how they met, through The Tamburitzans, a Pittsburgh folk dance group. The couple had a traditional Croatian/Serbian wedding from start to finish.

The day started with a bartering ceremony at his parents’ house, where Josh’s best man bartered on his behalf with Christine’s father, brothers and godfather. She says the bartering ceremony now is “more playful” than when the tradition started.

During the bartering ceremony, each bridesmaid is sent downstairs, and in this case one groomsman dressed as a bride, before Christine enters the room for their first look. After this, they start the celebration with music, dancing and drinks before the ceremony.

Christine says the traditional ceremony is “a beautiful one,” crowns are placed on their heads while their hands are tied, after they walk around the altar.

“After the third time walking around the table, we are married,” she says.

After the ceremony, they went back to the ballroom and celebrated more with drinks, dancing and cheese trays being passed around. “And lots of shots,” Christine says with a laugh.

She said they had a traditional Croatian/Serbian band with a mix of “American music” playing throughout the night, and they partied until they were kicked out of the ballroom and moved to a conference room in the Sheraton to continue the celebration. 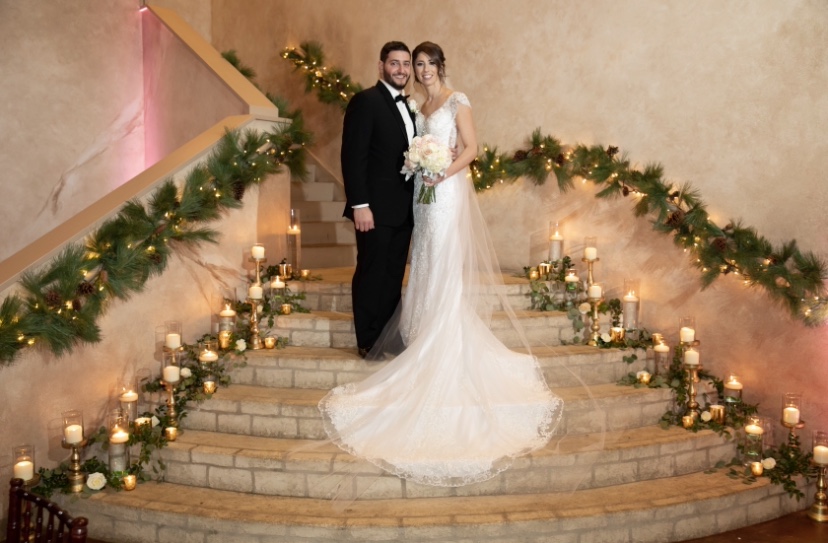 Kristen Mavrich and Nathan Bohn used their wedding to honor family that couldn’t be with them through their favorite traditions. Most of their culture shown through on their cookie table, which was packed with favorites from their family.

Kristen says her father’s side is Polish and they make Potica, a nut roll, every year for the holidays, so it was important they added that holiday favorite. She says they added Italian Confetti, which are Jordan Almonds because her grandfather was born in Italy where they were made. They bunched the Confetti in groups of five, another Italian tradition, to symbolize health, wealth, happiness, fertility and longevity. 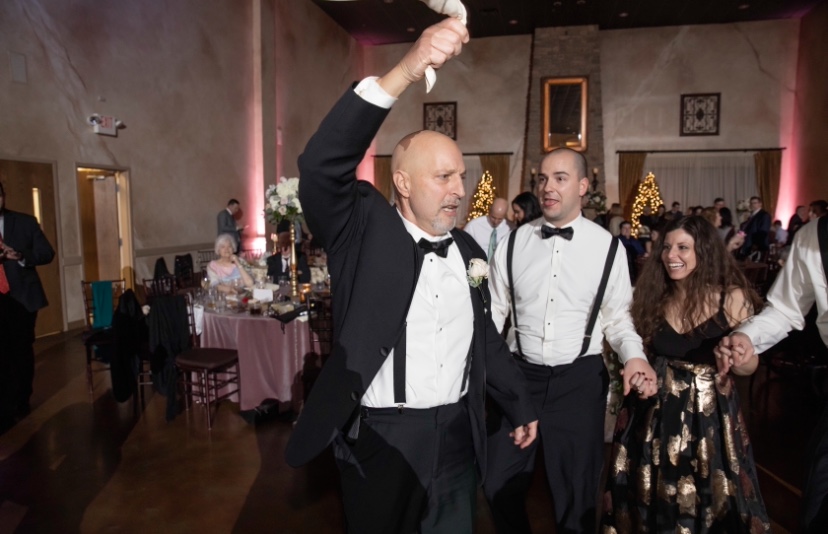 Nathan’s family is Lebanese and it was important to his family that they do the traditional Dabke dance. She says as soon as the music came on his entire family, young and old, got out of their seats to dance with them.