The fairytale-like estates in the East End include The Kelly House, Baywood and The Finley Mansion. 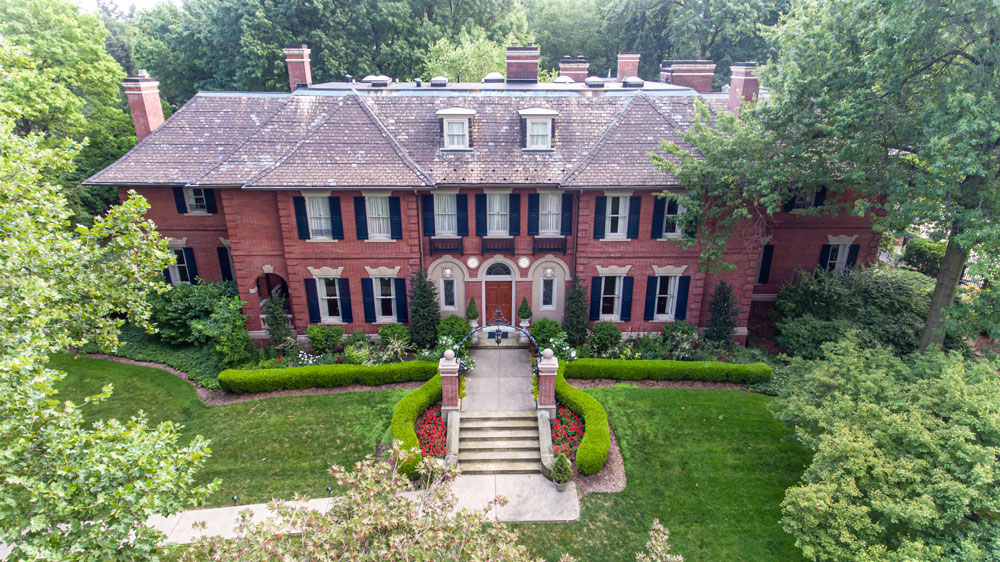 The estates all have ties to prominent local families whose business endeavors afforded them the opportunity to build homes that later became prominent city landmarks. Each is more than 100 years old — and each is a true Pittsburgh gem. 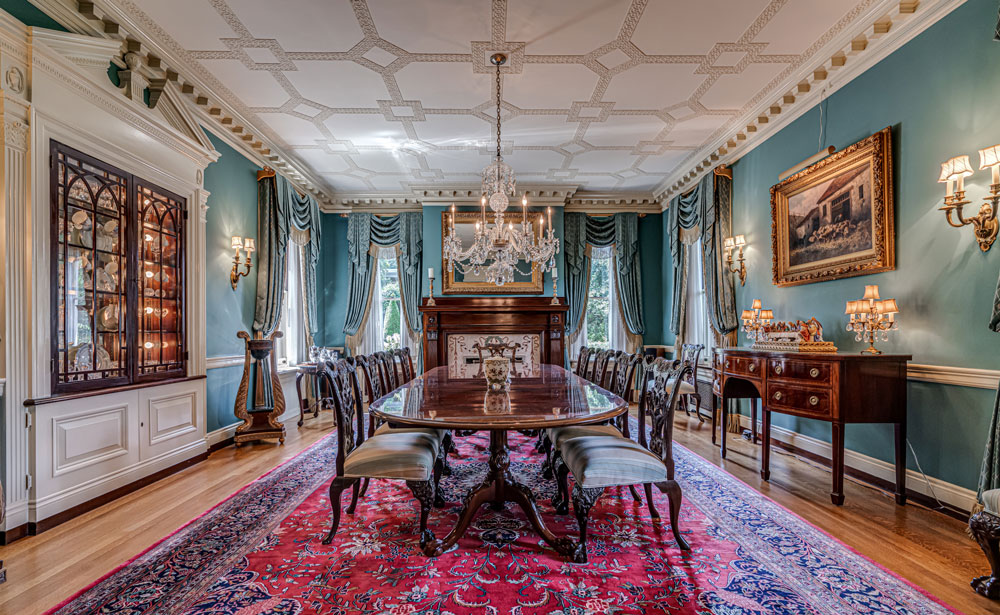 Designed by Pittsburgh architectural firm McClure & Spahr and constructed by Henry Shenk & Company in 1905, this spectacular home was built to last. Set on 1.4 acres, the 117-year-old home is now on the market for $4.4 million. 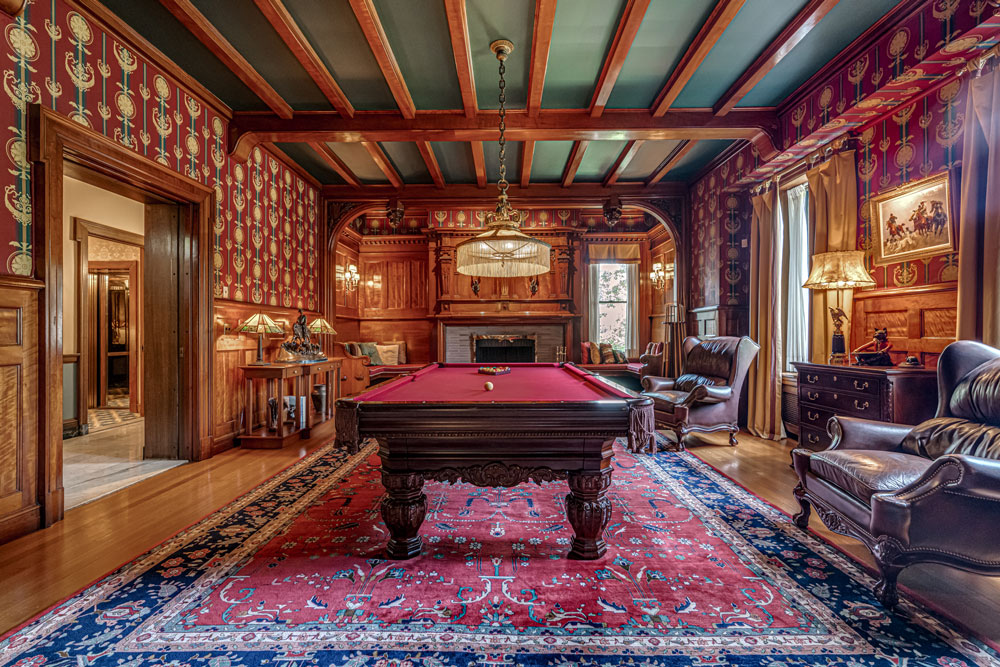 The interior’s marble-clad vestibule and quarter-sawn oak-carved ceilings and staircase speak to the peak of the industrial era, when the area’s magnates and bankers showcased their wealth in grand style.

Still, Realtor Nettie Mercer says one of the most interesting things about the estate is its level of preservation.

“All of the marble, the intricate paneling and the plaster work throughout the home is magnificent,” she says. “Many realtors who toured last week were just astounded at how the home has been maintained.” 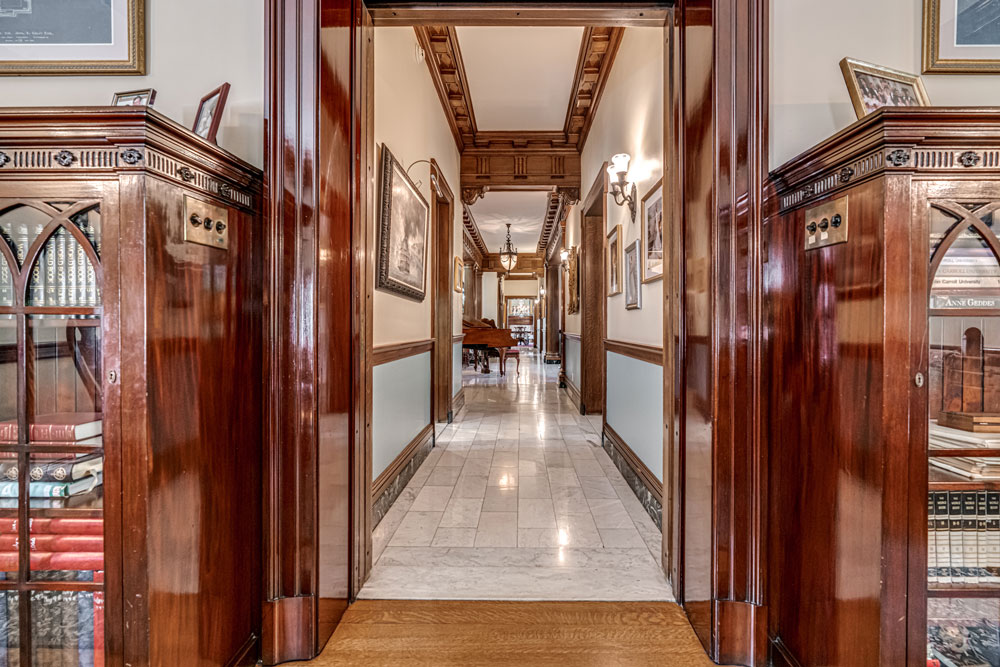 That’s no small feat considering the home’s age. Other features not to be missed include a spectacular dining room with a built-in display cabinet, plaster-cast ceiling and stunning crystal chandeliers. The stately billiards room also provides entertainment in an elegant space.

Several of the rooms feature fireplaces and hand-carved paneled walls. Despite the grandeur, Mercer says that the home is very livable, and perfect for a large family.

“There is an eat-in-kitchen with a breakfast nook, a home office and plenty of space to gather together or have privacy,” she says. “A lot of people really appreciate the separation of rooms in the home.”

There’s also a home gym and an extensive wine cellar. The serene grounds include mature trees, a koi pond and a waterfall. The home is open by appointment.

“It’s a great house waiting for a lively group to occupy it,” Mercer says. 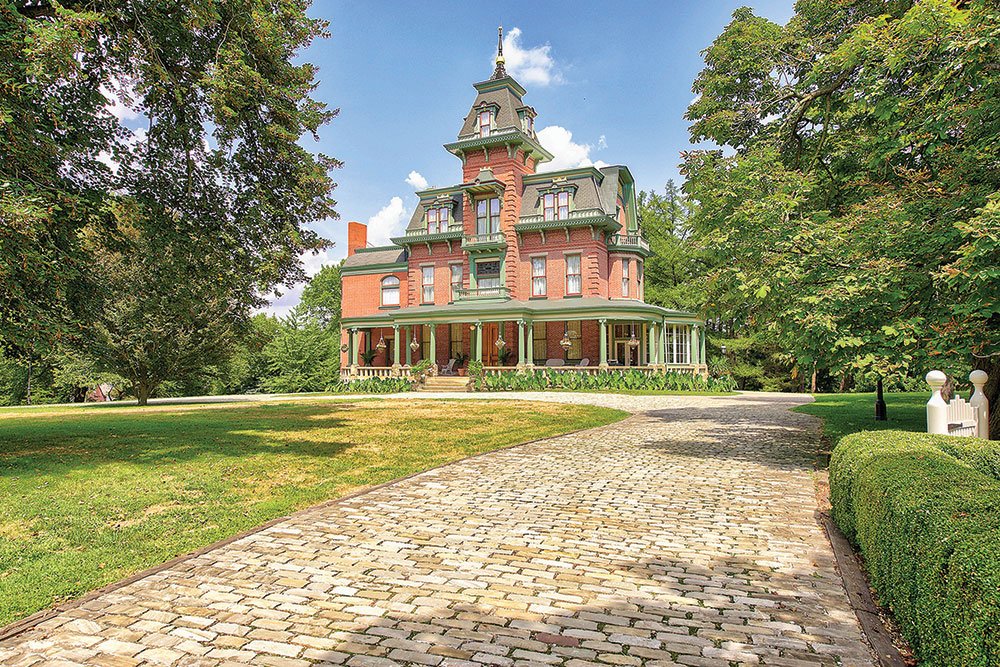 The original Alexander King Estate, listed for $2.98 million, has been featured in Pittsburgh Magazine before. Built in 1880, the home was carefully restored by Dr. Frank Brown and his wife, Maura. Their labor of love brought the Second Empire home back from the brink of ruin, returning it to a remarkable home.

The estate also is located on a 1.8-acre parcel at the end of a private road — making it a country-like jewel in an urban environment. The home is open by appointment.

Listed for $4.4 million, this classic revival home features 11,782 square feet of living space that has undergone a complete restoration, including an overhaul of the infrastructure.

The exterior’s all-white color scheme continues inside, giving a contemporary mood to the six bedrooms and 6½ bathrooms. Vintage glass and lighting give a nod to yesterday, while a sleek-and-modern chef’s kitchen makes cooking a breeze.

Original details remain throughout the home, including the flooring and stained-glass windows.

Giving the outdoor space a resort-like feel is an added guest house. There’s also an in-ground pool and covered patio. The home is open by appointment.