There’s a Pittsburgh-Themed Bar at the Sochi Olympics

Sometimes you want to go where everybody knows your name. And they’re always glad you came. 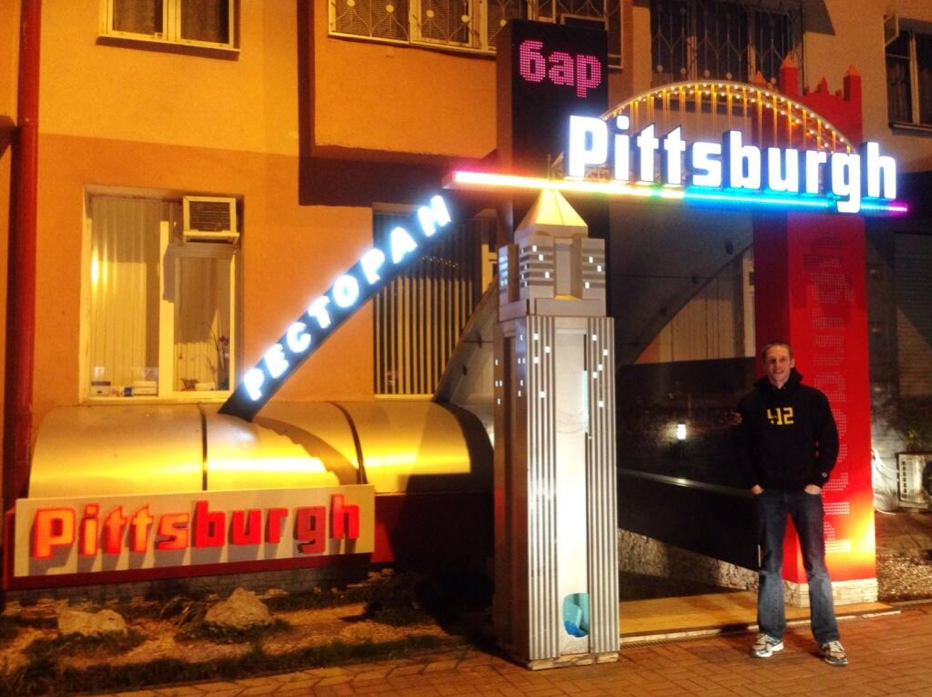 Let’s all just forget about the bribery, corruption, human and animal rights violations, graft, vice, intimidation and delusional politicians surrounding the 2014 Sochi Olympics and focus on the positive. There’s a Pittsburgh-themed bar in Sochi! It even has a replica of Fifth Avenue Place.

These photos were taken by ’Burgh-native and current Getty photographer Jared Wickerham while on assignment in Sochi today. 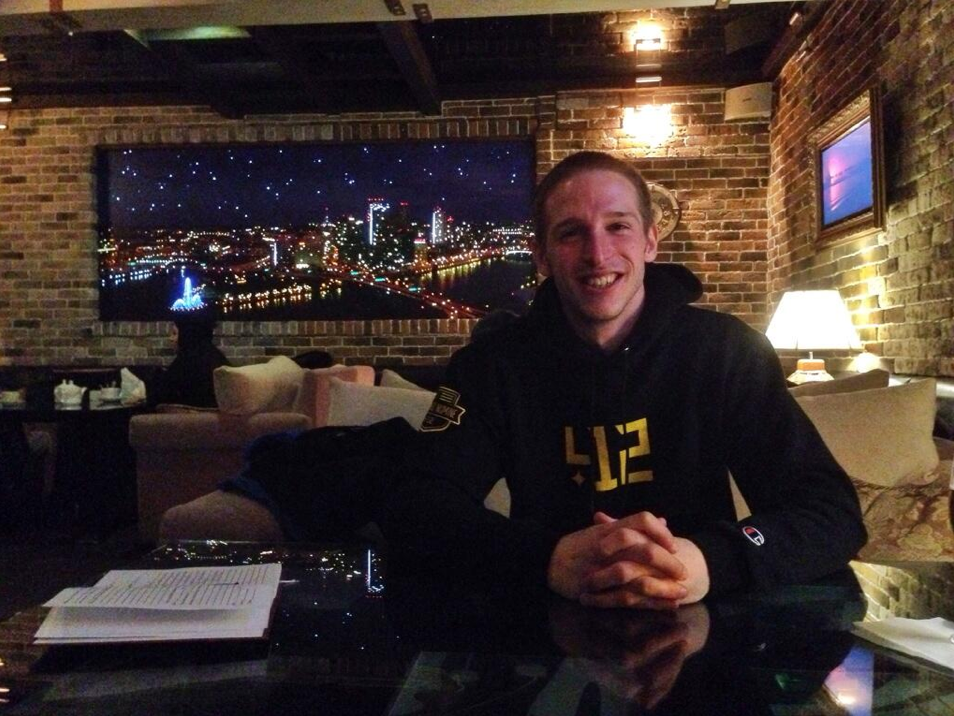 No word if they serve Iron City. 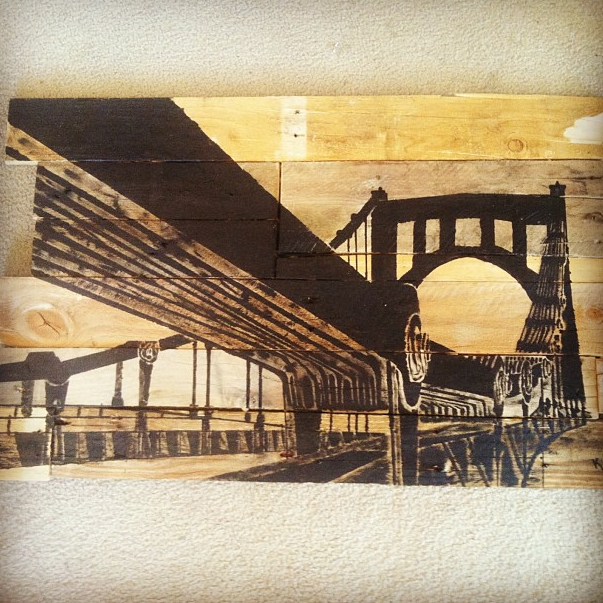 Some Pittsburgh natives who relocate remind themselves of their roots by displaying  “Steelers Country” banners over the threshold of their homes. Kathryn Corcoran found a different cure for those homesick blues. Instead of pining away for the Steel City, she uses wood to remind herself of her hometown of Sewickley — and make a little cash on the side.

Corcoran, a sales lead for REI in Boulder, Colo., breaks down used wood pallets and turns them into a canvas for her paintings, usually of Pittsburgh’s bridges.

“[Bridges are] definitely a unique feature of the city and something I just latched onto,” she says. 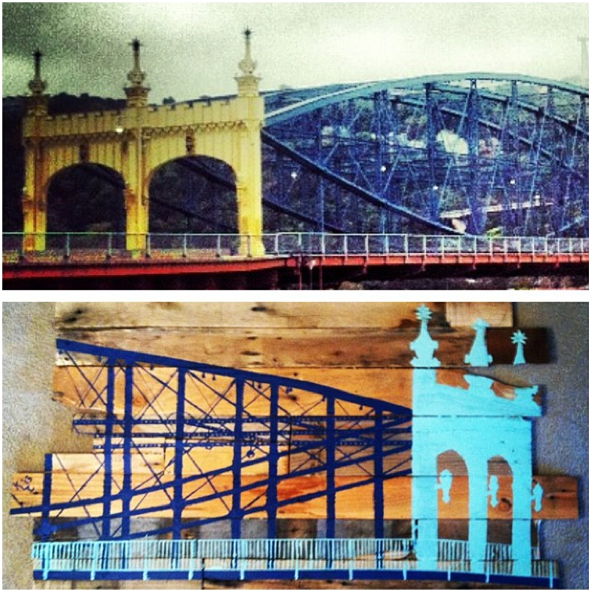 Some of her other works depict a bicycle or chairlift. The paintings’ smooth lines and sharp angles contrast beautifully with the grainy look of the wood. Most of them are 3 feet by 2 feet; each one costs $300.

Corcoran’s roommate recently surprised her by creating a website that displays her art. However, if you’re looking to get one, be prepared to wait: Corcoran already has to fill more than 50 backorders.

#Auditions: One ‘Pittsburgh Dad’ impersonator will land in the 100th episode

“Pittsburgh Dad,” everyone’s favorite Yinzer parody, started out as a way for comedian Curt Wootton and director Chris Preksta to play dress up and make their parents laugh.

Now it’s closing in on 100 episodes, proving that everything’s funnier when an old steelworker says it.

But Wootton isn’t the only Pittsburgher who’s hung around Hough’s Bar honing his pronunciation of “haus,” “arn” and “Stillers,” and he knows it. That’s why “Pittsburgh Dad” is holding auditions for the 100th episode.

Want to put your Yinzer impression to the test? Get on the Pittsburgh Dad website, get your hands on the script and become the Pittsburgh Dad you’ve always dreamed about. Wootton, Preksta and company will use the choicest clips in a “best of” video.