There is No Fast Fix to The Steelers’ Familiar Achilles’ Heel

Mike Tomlin’s team answered some questions in training camp, particularly at quarterback, but an offensive line that wasn’t good enough last season is still an issue. 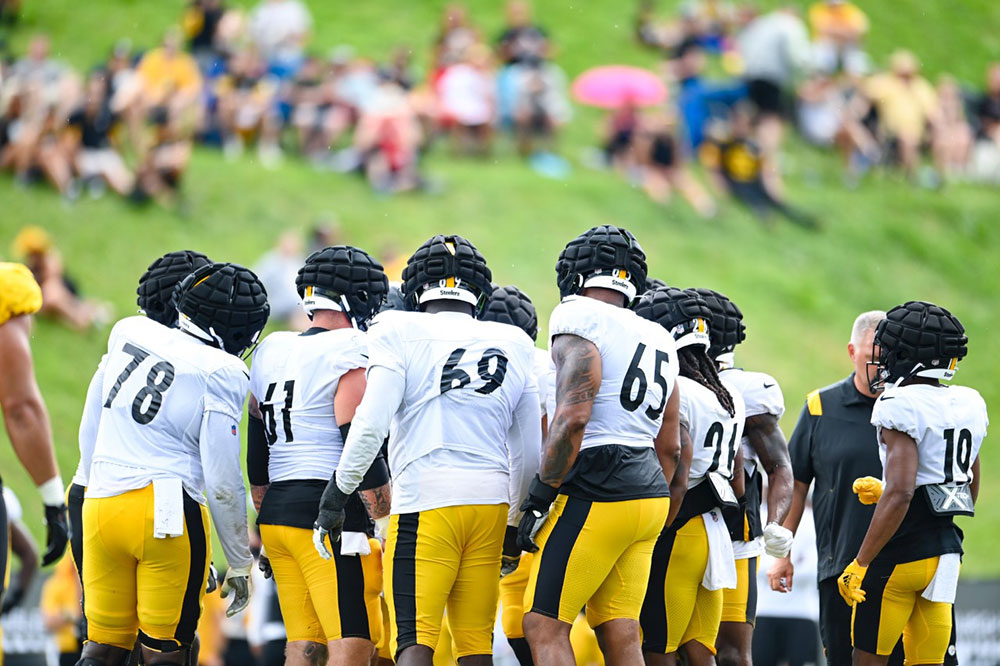 The vibe was “scary but exciting,” Mike Tomlin had assessed, at the outset of training camp.

It still is as the countdown continues to the regular-season opener in Cincinnati, but unfortunately for the Steelers, it’s more the former than the latter.

Quarterback Ben Roethlisberger, it turns out, can and will be replaced.

The quarterback play won’t be vintage Big Ben, it may never be that again, but it’ll be better than it’s been lately.

It’s the offensive line that’s looming as the potential deal-breaker.

That was a crippling issue last season, so the Steelers went out and got a couple of new players in free agency and a new position coach.

What those efforts have yielded to this point is a different mix of insufficient at best.

The line’s performance in the first two preseason games was such that the unit’s play in the preseason finale last Sunday against Detroit was perceived by Tomlin as “better in some areas.”

This was after a game in which Trubisky had been sacked the first two times he’d attempted to pass.

A game in which ridiculously talented running back Najee Harris averaged 2.5 yards per carry and the Steelers averaged 2.9 yards on 20 rushing attempts as a team.

A game in which the offensive line was flagged five times, including three times on one possession in the first quarter (left tackle Dan Moore Jr. was called for holding twice in the span of three snaps; Trubisky got sacked again despite the second infraction) and a holding penalty on guard Kendrick Green that was declined.

And yes, it was still “better in some areas” in comparison to the disaster on Aug. 20 in Jacksonville.

That was the game after which Tomlin maintained a true critique of Trubisky’s play was unattainable.

“We’ve got to do a better job in protecting him and having some semblance of a running game if you want a fair evaluation, and I’m just being bluntly honest,” he had assessed.

Perhaps sensing skepticism in the media and potential panic in the streets about to break out, Tomlin shifted gears this week and emphasized the need for patience on everyone’s part as it relates to the offensive line.

“I’m not gonna come in here in the next day or two saying we’ve solved our offensive line developmental issues,” Tomlin stressed from the media workroom at the UPMC Rooney Sports Complex. “It is a process, individual and collective development.

“We’re not looking for fast fixes. We’re not searching for comfort. We’re just simply rolling our sleeves up daily and working and we understand that every time we step in a stadium we get a chance to measure progress. And while we do that we better win football games.”

Should they find a way to accomplish the latter as the line develops, it’ll be beyond exciting.

Until then “scary” is as appropriate a Steelers prognosis as any.