Reviews of "X-Men: Apocalypse," "Alice Through the Looking Glass," "A Bigger Splash" and "Love and Friendship." 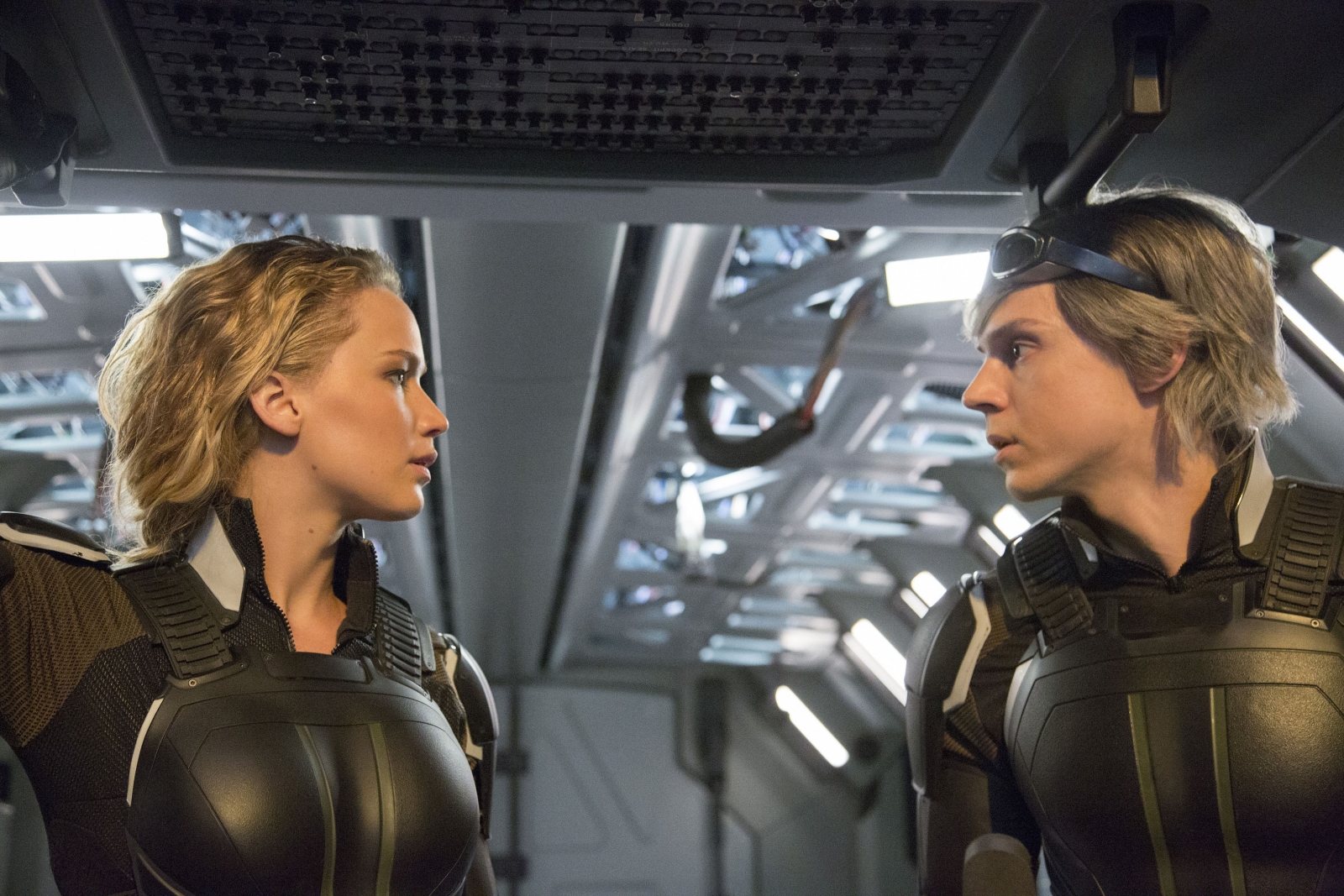 The timeline and mythology of the sprawling “X-Men” franchise is more complicated than I have the space to explain here.

I would also have to understand it in order to explain it to you. I do not.

So in reporting on the quality of “X-Men: Apocalypse,” the latest installment in the line of prequel films, I can only tell you how this adventure fares on its own, as a standalone film. And while the effects are sufficiently impressive and the roster of heroes and villains is entertaining enough to keep “Apocalypse” from becoming a total loss, the end result is unsatisfying at best.

The plot is labyrinthine, but in short: An ancient, god-like being with the power to absorb the abilities of other mutants has been trapped below Egypt for millennia. When a group of cultists brings the creature (dubbed Apocalypse, at least unofficially, and played by Oscar Isaac) back to life, he resumes his eternal plan: To periodically purge the Earth of all people and progress in order to build it back up in a more pure form. All he needs is to recruit some followers and absorb the power of a certain top mutant and he'll be able to complete his task.

What follows is a long slog while Apocalypse assembling his team of minions, all while another round of X-Men — newcomers include Cyclops, played by Tye Sheridan, and Jean Grey, played by Sophie Turner — begin exploring their powers. Oh, and tortured baddie Magneto (Michael Fassbender) is trying to go straight but having difficulty hiding his powers. And Mystique (Jennifer Lawrence) has become an undercover mercenary protecting vulnerable mutants. Not to mention a few other barely entwined plot threads.

So yeah, it's messy.

A few sequences deliver, most notably the formal introduction of Quicksilver (Evan Peters) to the proceedings. And while “Apocalypse” never amounts to all that much, it's enjoyable enough to recommend over the truly dismal “Batman v Superman” from earlier this year. But it mostly serves to remind comic-book fans that these characters remain in the wrong hands; the cinematic rights to the X-Men remain the property of 20th Century Fox. Perhaps one day the mutants will join their fellow Marvel stars in the proper Marvel Cinematic Universe; only then are they likely to get a film worthy of them. — SC

The sequel to Tim Burton's highest grossing movie arrives in theaters this week without Burton at the helm (he's listed as a producer). James Bobin (“The Muppets”) directs “Alice Through the Looking Glass,” which is nominally based on the classic children’s novel by Lewis Carroll. All the key characters from the 2010 film are back for a new adventure to save Johnny Depp’s Mad Hatter from immense sadness (yep, that’s the storyline). If you can accept the contrived plot, it’s an enjoyable two hours with dazzling CGI. It’s not necessary to see the first to appreciate the second, but you should do some homework or else you may be confused by what exactly Alice (played by a returning Mia Wasikowska) is walking into upon her arrival in “Underland.” Sacha Baron Cohen is a delight as the embodiment of Time, a key character; a tea party scene between Cohen and Depp is a highlight of the movie. — LD

If “A Bigger Splash,” a quiet thriller from director Luca Guadagnino, weren’t so frustratingly good, it would be just plain frustrating. Tilda Swinton stars as an iconic rock star recovering from surgery on her vocal cords; to recuperate, she and her dreamy documentarian/lover (Matthias Schoenaerts) take off to the Mediterranean to engage in various relaxing and/or adult activities while she rests her voice. Their whereabouts are discovered by an ex-flame (Ralph Fiennes) and his recently uncovered daughter (Dakota Johnson), who insinuate themselves on the trip. The drama is romantic: Will the flame be reignited? And why is the young woman so desperate to seduce someone? On the surface, it sounds like the unrelatable problems of the super-wealthy; it’s hard to feel bad for anyone who can take a month-long vacation in paradise. But because Swinton and Fiennes are so, so good at what they do — and because Guadagnino has a knack for wringing the visual tension out of mundane actions — “A Bigger Splash” is irresistible and often brilliant. If the likes of “X-Men” and “Alice” leave you longing for a more grown-up entertainment, “A Bigger Splash” is an excellent choice. — SC

The latest film to be based off of a story in Jane Austen’s canon (albeit one not very well known) is “Love and Friendship,” based off of the novella “Lady Susan.” This film has all of the drawing rooms, bonnets and societal intrigue one would expect when Austen is adapted onto the big screen, but the storytelling skills are lacking. Kate Beckinsale plays the titular character; Chloe Sevigny plays a friend whose only purpose is to drive the plot forward; Xavier Samuels plays Reginald De Courcy, the love interest. The plot closely follows the original story — Susan, a widow, has been essentially thrown out of a friend's home because she had a liaison with a married man in the house. She goes to stay at the estate of her brother-in-law, where she and her sister-in-law's handsome brother (Samuels) strike up a friendship that makes his wealthy family very nervous. In the meantime, she tries to get her young daughter comfortably married. (The object of choice, played by Tom Bennett, is a wonderfully comical oaf). It's a nice period drama comparable with other movies based on Austen's stories, but it's hardly the best. The 92-minute film could have devoted a few more scenes to character development; a few of the characters' decisions left me scratching my head. But the characters themselves (and the wit) were classic Austen. She just deserves a smidge better. — LD