What to stream — and how to buy one-of-a-kind art — from the comfort of your home this month. 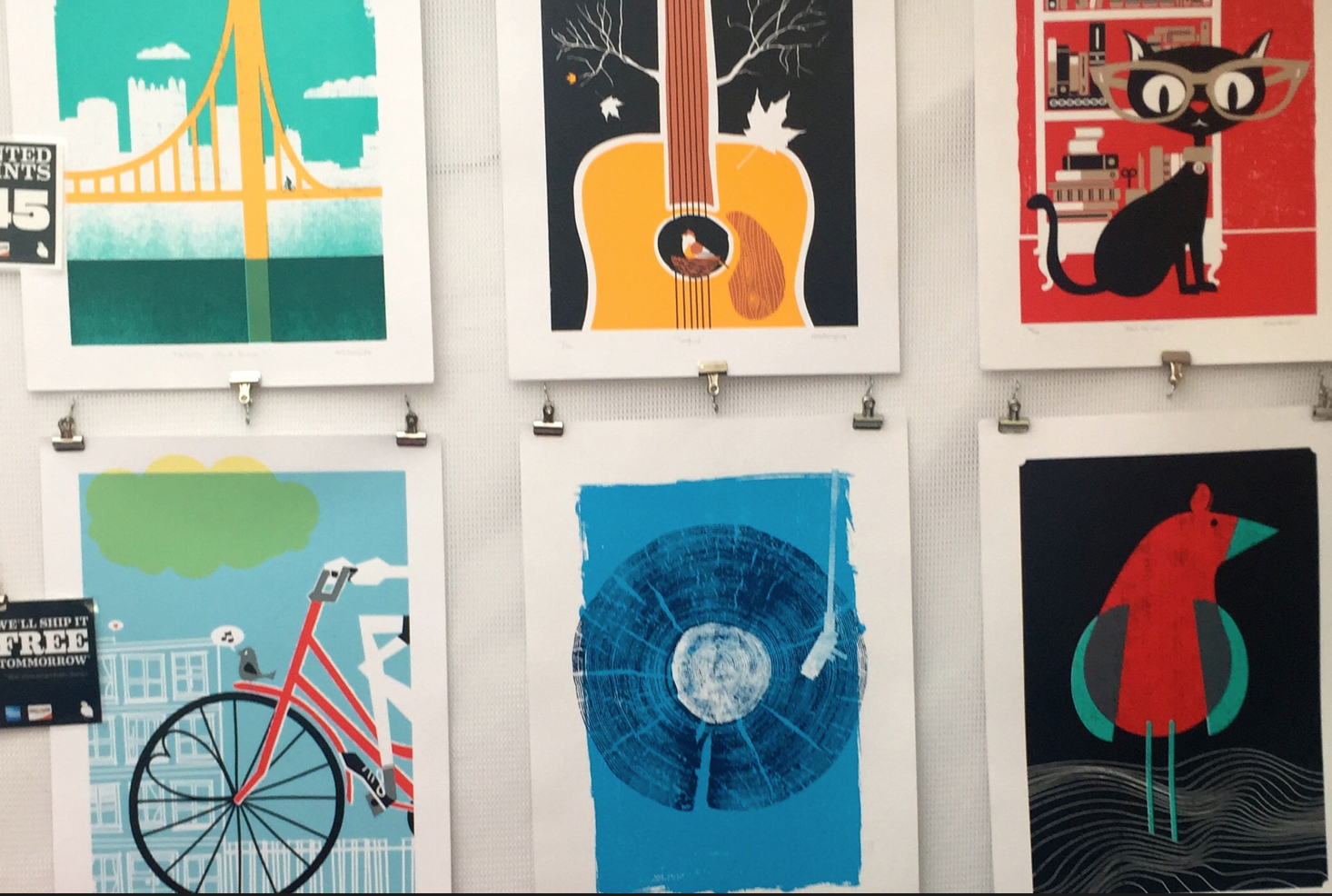 There’s one thing, at least, that organizers of the Three Rivers Arts Festival won’t have to worry about this year: For once, it won’t matter if it rains.

Hosted by the Pittsburgh Cultural Trust, the 61st festival will convert to a digital format beginning June 5 at noon. At the event page through June 14, audiences can watch live streamed musical performances and films and click through virtual art exhibitions — all for free.

One performance will live stream each night during the 10-day festival, including a Saturday set from folk favorites Buffalo Rose. According to Sarah Aziz, the festival’s director, the live streams will start at 7:30 p.m. and last for half an hour. Viewers can also watch the live streams on the Trust’s Facebook page or YouTube account.

“It’s not going to be a traditional music show that you would experience in Point State Park, because that doesn’t translate to a digital platform very well,” Aziz says. “Just kind of watching two and a half hours of music, which is super fun in the park — I think we’re all a little over that this June.”

If you arrive at the digital stage a bit early, browse the virtual art sales and exhibitions on the festival homepage. The Trust has designed a web of interactive “art neighborhoods,” which group together creators of the same medium.

More than 350 artists will sell their work for the entirety of the 10-day festival this year. Normally, artists rotate in and out of the festival grounds, since no more than 175 sellers can be on-site at once.

“We’re hoping that people come back over multiple days and go back and visit their favorites and buy some art,” Aziz says. “We wanted to give all the artists as much of a platform to sell as possible.”

The traditional juried art exhibition will occur online as well, featuring 51 works from 40 artists. Viewers can purchase works and vote for the People’s Choice Award, which will honor the winning artist with $500.

As in years past, audiences will still have the opportunity to make their own art through a variety of creative activities highlighted by the Trust. Aziz says many local organizations, such as the Mattress Factory and the Carnegie Science Center, have digital instructions for hands-on activities participants can access through the festival homepage.

While most of the festival will take place virtually, a safe, physical component is available for those looking to get out and get moving. Twenty local artists contributed to “Compass Roses: Maps by Artists,” an interactive exhibit that provides viewers with a journey through Pittsburgh designed by the artist.

“It is an opportunity for a responsible group of friends to say, ‘Hey, let’s all print out this one map and follow it and experience it together,’” Aziz says.

While concession stands normally break up the rows of art and food trucks line the Penn Avenue extension of the festival, this year’s grub will be dispersed throughout the Pittsburgh area in what Aziz describes as a “matrix” of local businesses on the road.

“Just like we curate the music and the art and everything else, we typically curate the food trucks because we have a limited availability to be on site at the festival,” Aziz says. “We have capacity for more food trucks [this year] because we’re not limited to just that one block of Penn Avenue extension, we’ve got the whole city.” (A full list of vendors and locations has not yet been finalized.)

Aziz says the upcoming 10-day period is a great way to celebrate Pittsburgh in a time period that can feel very isolating.

“We felt like it was really important, not only for the artists to showcase their work and have a platform to sell their art … but also just for Pittsburghers to have a place to go to feel like we’re still having a Three Rivers Arts Festival.”