The Unexpected "10 Cloverfield Lane" is a Sci-Fi Knockout

Plus news on an upcoming local appearance by filmmaker Spike Lee and more. 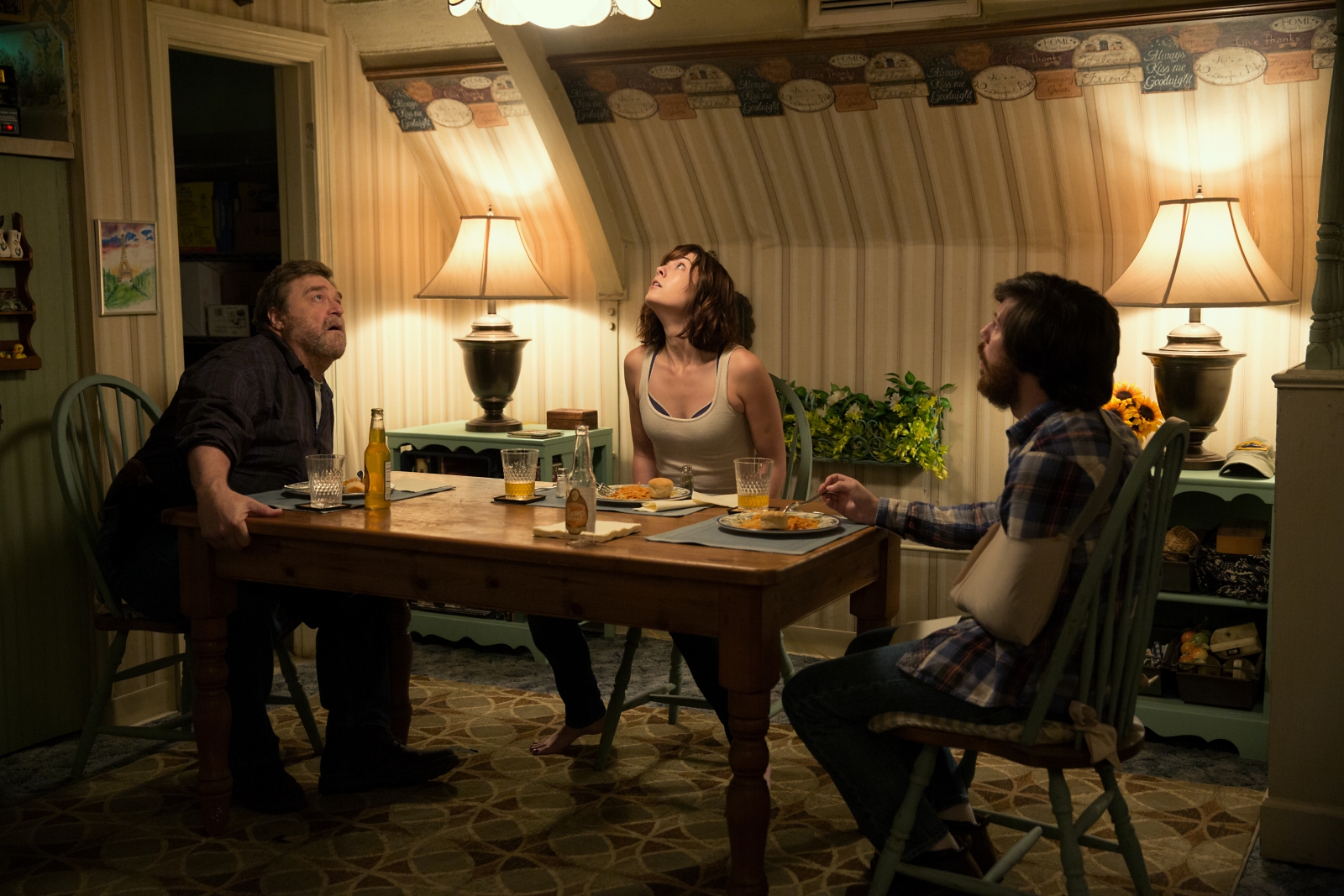 The big-monster thriller “Cloverfield” was something of an unlikely hit in January 2008. The found-footage flick followed a group of twentysomething New Yorkers as a Godzilla-esque beast (and a legion of smaller monsters) rose out of the sea. Despite its deliberately low-fi, shaky-cam nature and understated marketing, it claimed more than $40 million during its opening record (at the time setting a high watermark for January releases) en route to a $170 million global haul.

Unlike plenty of found-footage horror films, it was also quite good, reinvigorating the long-slumbering monster genre. Talk of a sequel was inevitable, especially given the ambiguous nature of the film’s plot (we never really learned what the monster was or why it was tearing up Manhattan). Producer J.J. Abrams became a much busier guy over the next few years, however, and no follow-up was announced.

Then, early this year, it suddenly was — complete with the news that it had already been completed and would debut in less than two months. Paramount kept “10 Cloverfield Lane” so tightly under wraps that no one even knew of its existence until its release was imminent. In the age of years-long marketing buildup, such a practice is unheard of.

“10 Cloverfield Lane” takes place in the same universe as its predecessor, but the connections end there; there are no returning characters, a completely divergent setting (rural Louisiana) and no found-footage aesthetic. It’s even unclear if the events of the new film occur before or after those of “Cloverfield.”

So what is it, actually? Without spoiling anything, it’s a science-fiction flick about a trio of survivors in an underground bunker after an (alleged) nuclear attack. Michelle (Mary Elizabeth Winstead) wakes up chained to the wall of a stark room, only to find that her captor, Howard (John Goodman), believes he has saved her from the fallout of a world-killing explosion. Their only other companion is Emmet (John Gallagher Jr.), who helped Howard build his shelter. Despite Howard’s insistence that leaving the shelter would mean certain death, Michelle questions his motivations — not to mention the nature of the attack (if one occurred at all).

It’s a remarkably tense piece of confinement terror, reminiscent of “The Thing” and “Dawn of the Dead.” While “10 Cloverfield Lane” isn’t quite as good as those classics (it’s about 10 minutes too long, for one thing), the fear is real and the setting is perfect. Goodman in particular is absolutely worth the price of admission, instantly ranking among the best big-screen villains in recent memory.

“Embrace of the Serpent,” a beautifully shot epic set on the banks of the Amazon river, became the first Colombian film to receive an Academy Award nomination earlier this year. It failed in its bid for the Best Foreign Language Film Oscar, but had it not had to compete with the masterful and gut wrenching “Son of Saul,” it might have claimed the prize. “Embrace of the Serpent” tells parallel stories about a shaman named Karamakate, the last survivor of his tribe, as he encounters a pair of white scientists. He meets the first as as a young man (played by Nilbio Torres), then the second in old age (Antonio Bolívar). The film has uncanny, beautiful sequences many viewers will find unforgettable; while its languid pace may task some audiences, the photography (by David Gallego, under the direction of Ciro Guerra) rivals that of any film last year. In this (and thematic elements), it’s an interesting counterpoint to Oscar winner “The Revenant,” and those who appreciated that tale shouldn’t miss “Embrace of the Serpent.” It opens today at Regent Square Cinema; info and showtimes are here.

Big news from Carnegie Mellon University: Filmmaker Spike Lee will attend a screening of his latest, “Chi-Raq,” on March 19 as part of “Faces of Conflict,” the 10th-anniversary edition of CMU’s annual film festival. The movie is an updating of the Greek comedy “Lysistrata,” in which the women of Sparta withheld sex from their husbands to try and force an end to the Peloponnesian War; Lee’s tale replaces that conflict with gang violence in Chicago. A conversation with the filmmaker will precede the screening; tickets for the Q&A are $15, while admission to both the screening and conversation are $40. They’re available here, and the full festival lineup (which also includes Oscar nominees “Cartel Land” and “A War,” among others) is here.

The Montage: Thomas Tull — part owner of the Pittsburgh Steelers and producer of such hits as “The Dark Knight Rises” and “Jurassic World” — and his wife Alba are backing the development of a new arthouse theater to be built in Sewickley. The Tull Family Foundation sponsored the naming rights for the forthcoming cinema, which will now be called The Tull Family Theater. Construction on the space, which plans to offer both new and favorite films, speaker series and more events, is set to begin in September . . . While the aforementioned “Embrace of the Serpent” presents interesting parallels to “The Revenant,” Chilean drama “The Club” — opening today at the Harris Theater — serves as a companion piece to Best Picture winner “Spotlight.” The Golden Globe nominee follows four disgraced priests living in exile by the sea; info and showtimes here . . . The annual Sci-Fi Fest is underway at Row House Cinema, with “Space” as this year’s theme. The selections: “The Day the Earth Stood Still,” “Serenity,” “Galaxy Quest” and “E.T.: The Extra-Terrestrial” . . . It’s a “Noir Night Out” this Saturday at the Hollywood Theater. $12 gets you a bowl of chili prepared from a recipe by Film Noir icon Robert Mitchum, a dark-as-night beer and a screening of “Out of the Past.”